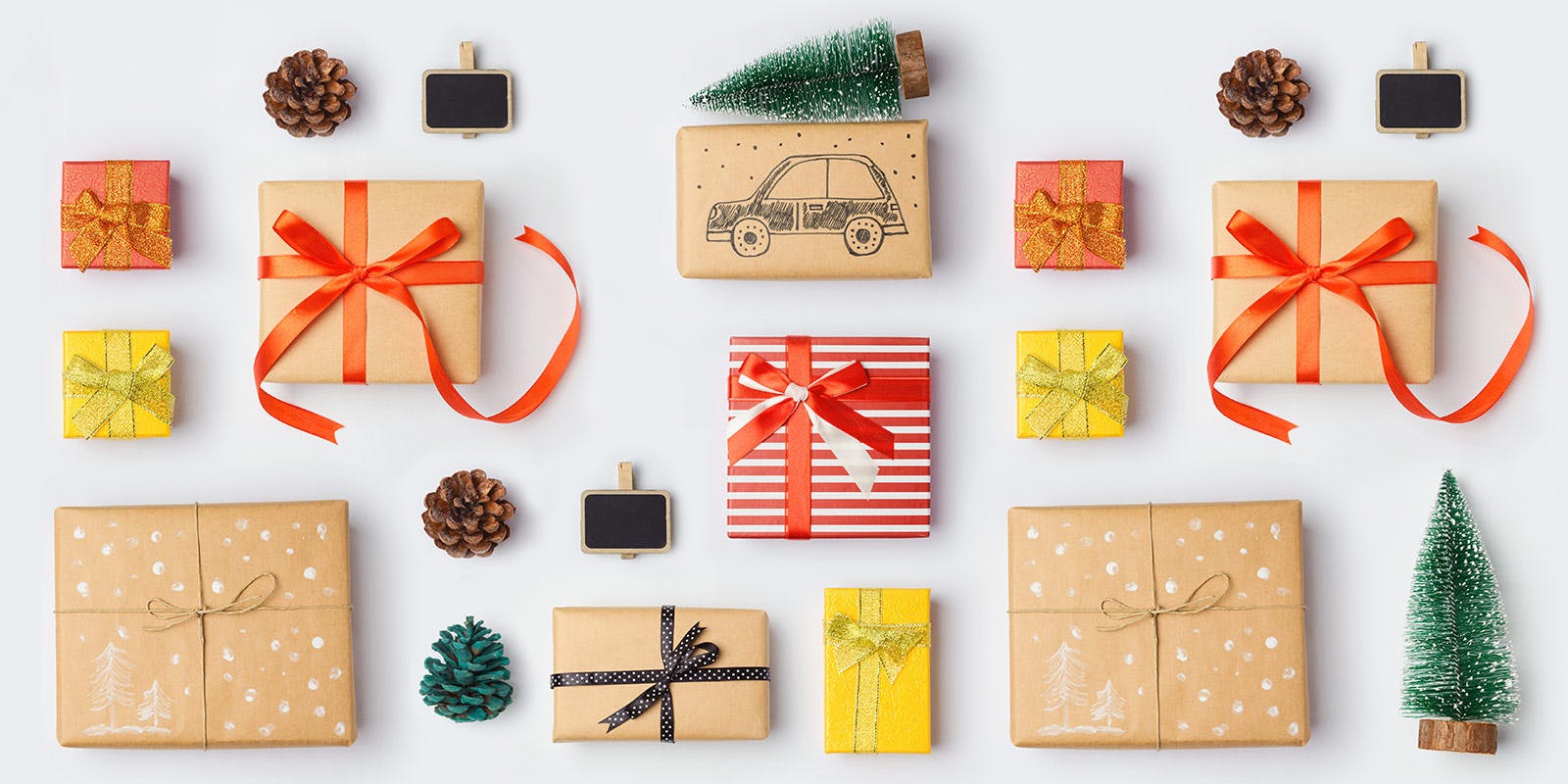 Find out what your favourite authors are gifting their loved ones this Christmas with the literary suggestions below.

With tongue-in-cheek and lashings of chutzpah, Becky Sharp was the Lady Gaga of her day, flaunting tradition and challenging hypocritical sexual mores. Okay, she had a few minor faults: snobbery and sexual kleptomania (Becky climbed the social ladder – lad by lad); husband-hunting (she wasn't interested in Mr Right, but Lord, Sir, Marquis Right at the very least!).

But we're talking 1810. With no vote, no union, no welfare, no contraception etc, what options were available to women? Apart from governessing or domestic service, it was prostitution or marriage. (Often a tautology in those days.) Thackeray’s savage social satire on the class and sex wars is sharp enough to shave your legs. I give the book to friends because it’s still so tantalisingly topical today and because it’s the novel that made me run away from school to become an investigative satirist. – Kathy Lette, author of After the Blues

The Harp in the South by Ruth Park
The classic book I always gift is The Harp in the South by Ruth Park. A truly Australian story first published in 1948 and set in the inner-city Sydney slums of Surry Hills, it follows the fortunes and misfortunes of the Irish-Australian Darcy family in the shadow of the Second World War. Their lives – and that of their neighbours in their close-knit community – is one of hardship, heartbreak and poverty, but it is still a joyful, boisterous book. Ruth Park beautifully depicts their chaotic family life with humour, great heart and hope. The youngest daughter Dolour is also one of my favourite fictional characters, so full of spiky charm and spirit. (And after my giftees have read and loved this one, I always encourage them to read the sequel, Poor Man's Orange and the prequel, Missus). – Monica McInerney, author of The Trip of a Lifetime

The Forgotten Waltz by Anne Enright
Love and lust, the dumb choices we sometimes make, is the theme in Man Booker Prize winner, Anne Enright’s The Forgotten Waltz. Her writing is elegant and brave, and offers an astonishing insight into the unreliable narrator that lives inside all of us. Anne Enright is my go-to writer for any book gift. – Glenna Thomson, author of Stella and Margie

The Getting of Wisdom by Henry Handel Richardson
Though I am in the habit of foisting books I love on other people, I do make an attempt to take their tastes and interests into account. But if I’m forced to narrow my choice down to one, I would have to choose The Getting of Wisdom by Henry Handel Richardson, which is suitable for readers young and old. It is such a richly honest, unconventional, unsentimental and heartbreaking story, told with such an eye for the perennial oddities of human nature, that it goes on speaking to generation after generation. – Janita Cunnington, author of Child of Mine

Frankenstein by Mary Shelley
I have an undying affection for Mary Shelley's Frankenstein. It has all the things that monster-readers love – a ghoulish fascination with bodies and death – but it lacks the long-lead up and over-the-top mystery that I found disappointing in Bram Stoker's Dracula. Frankenstein is very accessible – it's a story that takes place in a recognisable setting and one that's designed to tug at the heartstrings and push at the panic button. We've all experienced that terrible feeling when you kick off events that get out of your control, and Frankenstein's decision to abandon his creation and try to ignore the problem is frighteningly relatable. So too, I think, is the monster's sense of his own freakishness and his desire to simply belong somewhere. I'll always love this book, and I think it's just as much a joy to give it as a gift as it is to receive it. – Candice Fox, author of Gone by Midnight

Persuasion by Jane Austen
Persuasion by Jane Austen is a classic I love. I guess I’m a sucker for a brooding sexy male lead character, plus it transports me to a time when we didn’t swipe right if we were interested in someone... when courting was exactly that: a romantic dance for two. – Bernadette Fisers, author of In Your Face

Gone with the Wind by Margaret Mitchell
When it comes to book giving, a special occasion deserves a unique work. In the past I’ve hesitated between two: Ernest Hemingway’s The Old Man and The Sea and Margaret Mitchell’s Gone with the Wind. Mitchell invariably wins out. Gone with the Wind has something for everyone – slavery, war, survival, land and loss combined with a love story. I like a unique characters and Gone with the Wind has Scarlett, a callously optimistic woman, cast against the backdrop of the American Civil War, with only one thing on her mind: survival. As disaster strikes at every turn Scarlett drags everyone along in her wake, her unyielding determination to survive and succeed in a changing world her one goal. The novel is so much broader in scope than the movie. Apart from the extraordinary period it covers and the remarkable picture it gives us of time and place, it is Scarlett’s unstoppable drive that reaches out across time and dares us to keep trying, no matter what. After all, ‘tomorrow is another day’. There’s a message there for everyone. (Margaret Mitchell won the Pulitzer Prize in 1937 for Gone with the Wind and the novel is one of the most popular books of all time, selling more than 28 million copies to date). – Nicole Alexander, author of Stone Country

The Secret Garden by Frances Hodgson Burnett and A Room of One's Own by Virginia Woolf
One book I always buy for my nieces and god-daughters is... The Secret Garden by Frances Hodgson Burnett. It was one of my favourite books when I was a girl, and there is something so magical about the idea of a hidden garden that heals as it is reawakened to life.

Another book I often buy is A Room of One's Own by Virginia Woolf. My aunt gave it to me when I went to university, and it was a seminal work for me. – Kate Forsyth, author of The Blue Rose

The Pajama Game by Richard Bissell
The book I most like to give when I can find a copy is a much-neglected gem, The Pajama Game by Richard Bissell, set in a pyjama factor in Iowa and first published by Penguin in 1955. It’s a brilliantly funny novel that's exceptional quality is sacrificed to a lot of good songs in the musical based on it. I’ve rarely enjoyed a book more. What makes it a classic for me is its wryness of tone, its sharpness of observation, its mastery of the subject matter, its clever narrative and its truly excellent dialogue. Practically perfect! – Barbara Toner, author of Four Respectable Ladies Seek the Meaning of Wife​

5 Christmas tales to get you in a festive mood

Make the lead-up to the holidays magical with these merry reads.

Read-aloud from afar this Christmas

A step-by-step guide to creating a virtual storytime for the kids you’re missing this holiday season.

Gifting suggestions from our authors

Make this year the year you get your Christmas list ticked off early with a little help from your favourite authors.

Celebrate the festive season with this gorgeous activity pack designed by author and illustrator Jess Racklyeft.