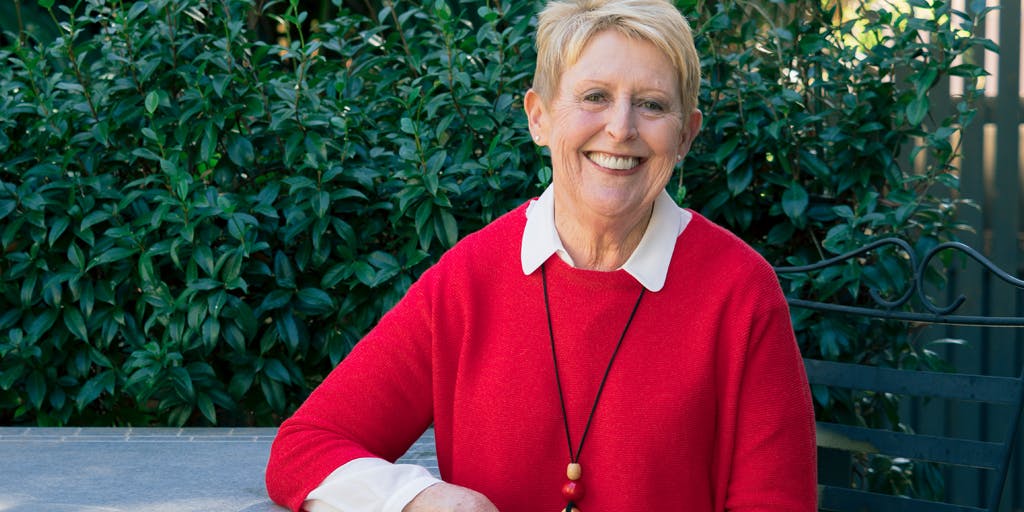 Mem Fox on becoming a grandparent

Australia's most loved children's author Mem Fox reflects on becoming a grandparent for the first time.

We were among the last in our group of friends to become grandparents. Our daughter, Chloë, had been born almost 39 years before our grandson came into the world, but we remembered clearly the stunning joy of being brand new parents.  I knew within minutes of Chloë’s birth that I would kill to protect her from harm. And still would.

Our friends told us that being grandparents was a whole different thing. We wondered what could be so different, for heaven’s sake, from loving one’s own offspring and loving a grandchild. I mean, love-is-love-is-love, isn’t it?

Then, ten weeks earlier than was expected, our grandson appeared. He weighed only a kilo. His tiny arms were the size of my index finger. He was, in retrospect and in photos, as hideous as a baby monkey, but when I saw him for the first time I was so dizzy with love for my exquisitely beautiful grandchild — the most gorgeous child ever born — that I had to hold on to the humidicrib to stop myself from collapsing. On our daily visits we were outside the ward long before it opened at 4 o'clock, ready to break the doors open to get to the child. Chloë had ceased to exist. I believe this is a common feeling among new grandparents, which is deeply disturbing for their once-adored adult children.

Because he was so tiny at birth, Theo was kept in the hospital for two and half months. Knowing what I do about brain development, I was anxious that he mightn’t develop as he should because he wouldn’t be hearing all the sounds of language that a child usually hears in utero. So, from the second afternoon of his life I read to him daily. I chose the tiniest edition of any of my books, so as not to draw attention to myself in the crowded neo-natal ward. I would open one of the little round windows in his humidicrib and, crouching in close, read the book in the same lilting, rhythmic manner every time, to comfort him, to tell him I was there, to help his brain respond in all the right ways, to develop his language, to show him how fabulous books are and, most importantly, to ensure that he and I would fall in love with each other.

I saw the faces of some of the others around me and realised they thought I was crazy to be reading to a newborn midget infant who couldn’t understand a word I was saying. But how will he ever understand words, I wanted to shout, if he doesn’t hear them first? This is my constant cry to any parent, grandparent or carer who thinks it’s all right to start reading to a child at two or three years old. No! Birth is the blissfully best time to begin.

For the first two years of his life my husband and I were Theo’s daytime carers. (Our daughter was a politician at the time.) We were like parents all over again, in our mid-sixties, except that this time around we had all the time in the world to just be. When the child was engaged in an activity we had time to be engaged in it too, to float along without a care, without needing to stop and rush off somewhere.

There was ample time for the reading aloud of books and books and more books. The rewards were manifold. He was on the cusp of reading at the age of four and flew into literacy in his first few months at school. His speech also developed rapidly. Just before his second birthday, in an ecstasy of excitement, he said, ‘We saw a bug! Climbing up the wall! It’s very delicate. We can’t touch it.’ And he was similarly alight when he noticed that the moon was high in the sky in broad daylight.

Our pride in him reached ridiculous heights. He was and remains the most beautiful, gifted, lovely-natured, perfect child who has ever lived. Just like every other grandchild in the world.  That is, he’s totally normal and un-surprising in everyone else’s eyes except ours.

I observed, almost in disbelief in spite of myself, the thrilling, unexpected effects arising from his love of books, his love of me, and mine for him. We became so attached to each other that the thought of my dying and leaving him bereft made me want to sob. I still get a lump in my throat at the very thought of it. Which is where my latest book was born: The Tiny Star – a life-cycle story of tenderness and comfort for any child or adult whose aged grandparents or parents are, suddenly, no longer here. It does have a happy ending, I promise!

Big Chick and Little Chick are the best of friends. One special day they visit the zoo. What will they see? From bestselling author Mem Fox and gifted illustrator Andrea Edmonds, comes a celebration of friendship and discovery.

Australia has spoken! We’ve rounded up the most-purchased Penguin titles of 2019 for children and teens.

Meet Mem Fox: learnings from a lifetime of stories

Australia's number one picture book author releases The Tiny Star, a moving story about the journey of life.

Where is the Green Sheep activity pack

Can you find the Green Sheep?

Come and visit Gong Gong – the town so nice, they named it twice.

Learn about colours with Little Roo in the Aussie outback!