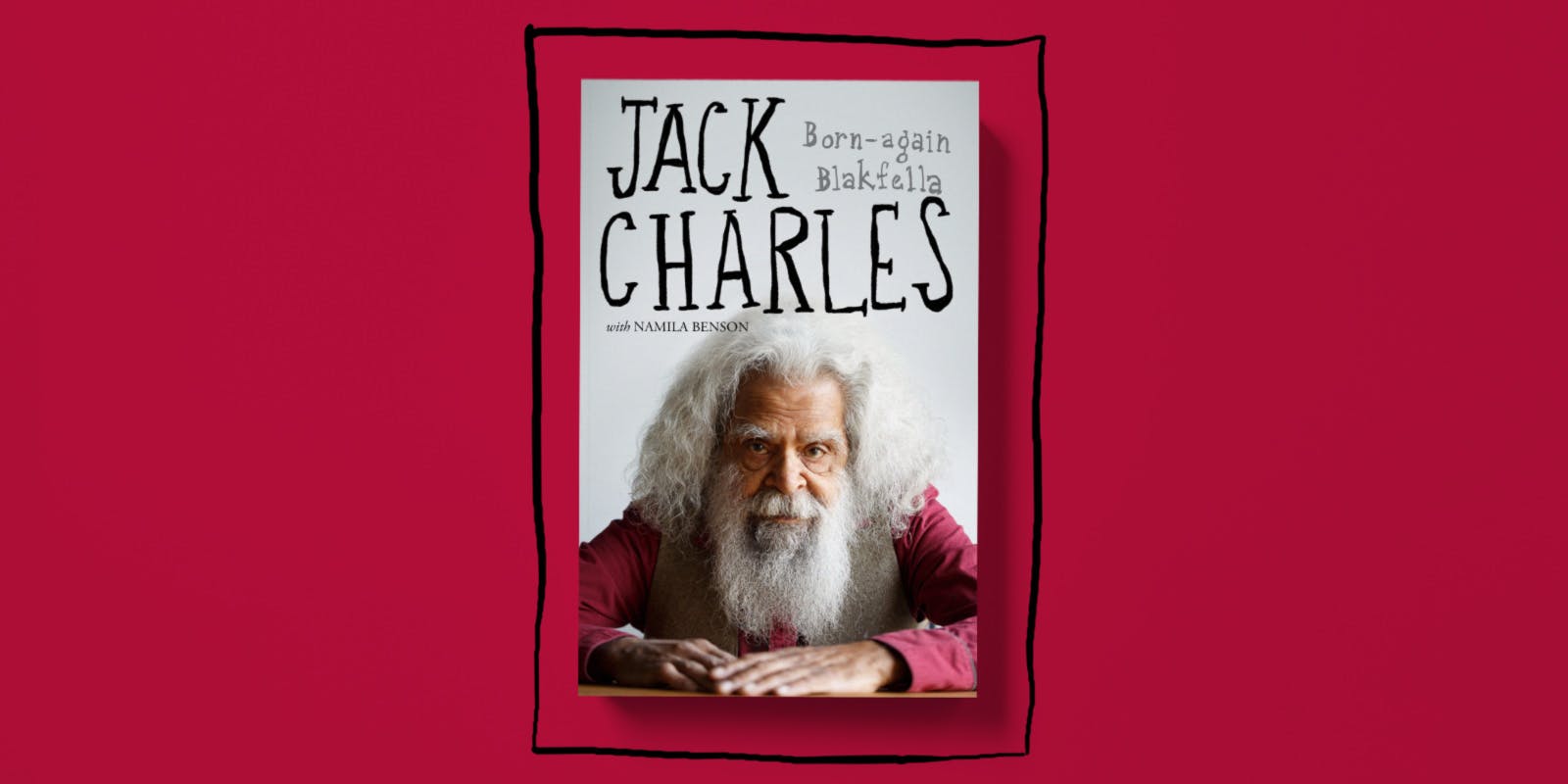 A letter to Uncle Jack

I hope your days are as dense and rich as ever, my friend. I haven’t seen as much of you as I would have liked these past couple of years – we have both been travelling endlessly, and I have missed you a great deal.

You have been a family friend of my parents since the 1960s. Growing up I heard mythological stories about Jack Charles the actor and Jack the cat burglar, but we did not meet until September 2001. I had just finished my second documentary and we agreed to meet in a cafe in Fitzroy, Melbourne, to discuss the possibility of making a film. I was only twenty-one years old. We had barely ordered our coffees when you said, ‘So, have you brought a camera with you? We can get started whenever you want.’

I recently re-watched the footage we recorded in those first minutes that afternoon – your candour is disarm­ing. From that moment on in 2001 we were making a documentary together. I had no idea that I would be in the slipstream of your life for the next seven years. It changed my life forever. You turned my sense of filmmaking upside down in the most glorious way, forcing me to surrender to the chaos of the moment, building up a very specific muscle attuned to patience and humility. Your circuitous, multivalent stories orbit in parallel strands and hover above us as we sit and talk and talk for days. You lived with me on and off during that beautiful, funny and sometimes very sad time and we became extremely close.

It is 4 a.m. and I’m sitting with you at my house in St Kilda drinking cups of tea. I have been filming with you for nearly four years and there is a particularly heavy mood in the room this evening. The police are looking for you again. The next day you introduce me to your defence lawyer Doug Morey to work with him to try to minimise a potential twelve-year jail sentence.

Several weeks later I rush out of the Magistrates Court to find a payphone to speak to my producers. I remember thinking I might never see you again if the judge hands down a punitive sentence. I burst into tears. You have become like family. Fifteen months later I greet you when you appear at the prison gates upon your final release.

The tears of joy. The kettle boiling. Another cup of tea.

Like the art of so many of the artists I find most nourish­ing in this world, yours is born of a real urgency to create. You once told me your life depended on discovering theatre.

Sitting in a warehouse in Swanston Street you describe walking out onto stage as an actor as a kind of birth. It is this purity of expression and purity of intention that I keep with me. It is a part of my marrow – part of my way in the world.

Before meeting you I was relatively naïve about Aboriginal culture and history outside of the most cursory of platitudes. You lifted a veil on the city I thought I knew and exposed me to yours.

I had the good sense to keep my mouth shut and to just listen. I followed you as you barrelled into the Fitzroy com­mission flats to introduce me to another family member, another poet, another singer, another ex-cellmate.

Your radical and tireless personal form of reconciliation, your ability to neutralise a bigoted world view while busking on the street long enough to engage in a conversation, the change I saw you enacting on a daily basis with people who had most likely never spoken to an Aboriginal person, these were all remarkable to witness.

‘The artist, like the criminal, is a social explorer.’

This quote by Marshall McLuhan is made for you. Your life is spent traversing myriad disparate worlds and you are supremely comfortable doing it.

You have walked the streets of Melbourne for decades. I often think of these many years of movement as leaving a perceptible trail, as if your thousands of steps through the same streets all linger simultaneously in a marvellous shim­mering web of experience, mapping Melbourne with an incantation traced into the soil with each step.

After seven years together and with the help of remarkable producers Pip Campey, Andrew de Groot and Lynn-Maree Milburn, our friendship gave birth to a feature documentary film called Bastardy, and it has lived a beautiful life in the world for the past eleven years.

Jack, I have never met another human being with the abil­ity to imbue almost any social interaction with such dignity and compassion – and all with such an elegant light touch.

You lean into every social interaction with an equanim­ity that is humbling. Whether speaking to a bus driver, an aggressive semi-conscious drunk man or a politician, you possess the same candour as when we first sat down in that sun-drenched cafe all those years ago. You taught me about resilience and gratitude and how to move through the world with a lucidity driven by kindness, curiosity and dignity.

To merely thank you is not enough – this letter is to honour you, your generosity of spirit and your courage, to honour your turn of phrase, your mellifluous tones, your wicked laugh and your love of chocolate pudding. Your strength is endless; your love is endless.

I have known you for nearly twenty years and when I think about the human beings in my life who are truly luminaries, you are always there, a smiling force at my side, rearranging the molecules of those around you with theatre and stories and song and heart. An embodiment of love that is abundance personified, you are like sunlight – an equation of perpetual motion.

Even though much of what you say about your life brings tears to my eyes, I’ve realised that although the density of a life can never be fully unpacked, the delicate unspooling of your many stories in these pages gives us a rare joy.

You were already an almost mythical figure. Somehow you managed to not only fundamentally change the course of your life, but also outshine your own mythology and write entirely unexpected remarkable achievements into your story.

I remember you used to describe yourself as a bowerbird; for­ever attracted to and collecting shiny bright things. Though we’ve spent thousands of hours together, reading your story in your own words has allowed me to discover even more pre­cious shiny and bright things newly collected from your almost seventy-six years on this planet. You have created a beautiful new constellation to accompany you on your seemingly end­less ascent. Now even more people can sit down with you and be welcomed into your circle. It is a beautiful place to be.

I love you very deeply, my friend.

Jack Charles has worn many hats throughout his life: actor, cat burglar, musician, heroin addict, activist, even Senior Victorian Australian of the Year. But the title he’s most proud to claim is that of Aboriginal Elder.