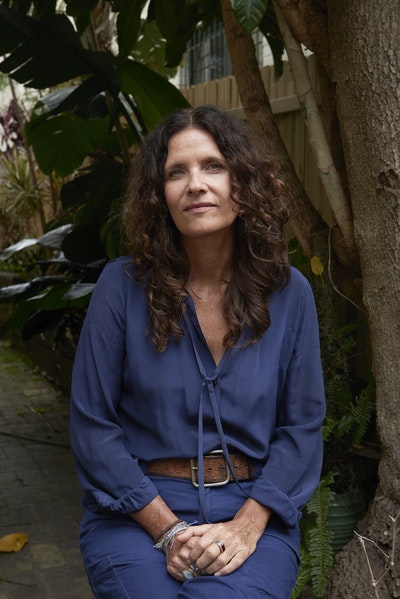 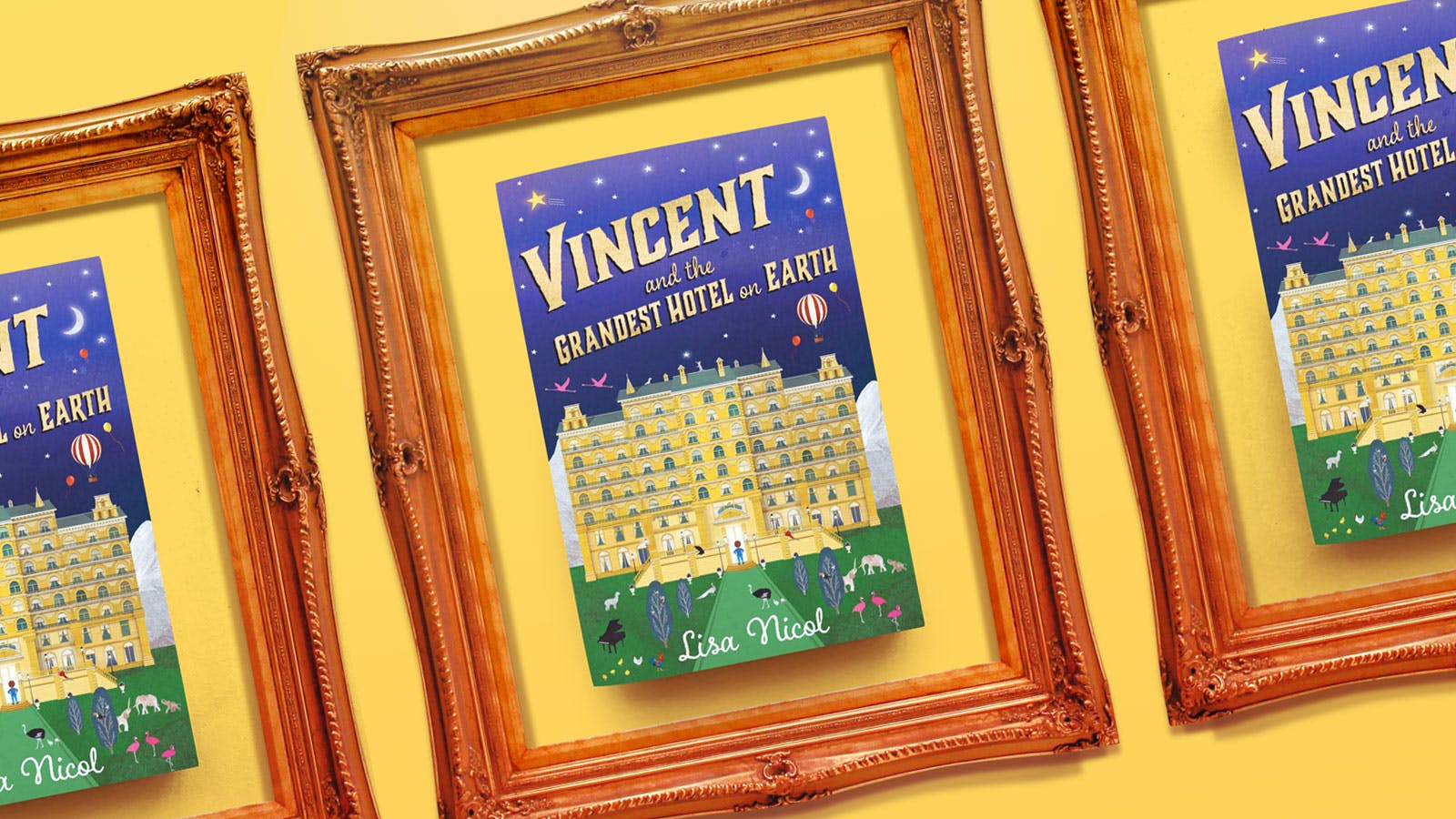 Stories matter, so we better make them good

Lisa Nicol shares the experience of writing what she describes as her most special book, and pays tribute to her friend and co-creator.

For me the road from ‘where a story begins’ to ‘where a story ends up’ is shrouded in fog. When I look back I remember some stops, a few twists and turns, a sight or two along the way. But overall, it’s very blurry. Which is kind of annoying. It would be mighty useful to take the experience of creating one story into the next. Or reminisce about where characters and ideas sprung from. But my stories seem unwilling to cooperate, dissolving like dreams in the morning light.

This phenomenon could be explained by a misspent youth. Or the fact I’m no longer a youth, despite still, on occasion, misspending. But I think it has to do with something else entirely. While much of a book is made up of conscious thinking and decisions, all the best bits are not. They arrive from somewhere else, unannounced, whenever they damn well feel like it. And so far, they show no inclination to tell me any more about themselves.

Scratchings in my notebook tell me the idea for Vincent and the Grandest Hotel on Earth began with the word ‘GRAND’ and a scribbled line ‘the grandest girl who lives in The Grandest Hotel’. Revisiting it now, it seems like such an ordinary idea I am amazed I wrote it down. But before long a story emerged about an ordinary boy called Vincent who comes to the hotel to shine shoes. Soon he develops a friendship with 11-year-old Florence, who runs the hotel while her terribly grand parents are off overseas following some terribly grand pursuits.

I have three kids, all of whom are reluctant readers. Like most children these days, they’re obsessed with screens so when I write, I’m extremely conscious of writing something that I think has a chance of competing with the high adrenalin of online. I started to think, what sort of hotel would kids go absolutely nuts for? Well my kids get very excited about a buffet, so obviously it’s got to have the most insane buffet of all time. And, of course, the place has to be teaming with wild and magnificent creatures, all allowed to sleep on your bed. In fact, every guest gets their own pocket dog. And sloths, we’ll need plenty of those and pools with slides that toss you into the air like pizza dough, and llamas and jetpacks to get you around the vast grounds. And rooms; how about edible rooms; inflatable rooms; virtuoso rooms, where you can play any instrument like a master; wild weather rooms and velcro rooms, where you can walk up the walls; and an elevator as big as a house, with a grand piano in the middle because life’s just too short for elevator music; and on and on it went …

As my ideas for the hotel mounted up and I furiously jotted them down, something terrible happened. My youngest son’s best friend and my godson, Finley, was diagnosed with an incurable brain tumour. He was nine.

And our world fell apart.

The tumour was aggressive and fast moving and quickly Finley became very sick. He lost his balance and suddenly he could no longer run. In a very short space of time, he could no longer walk. Now confined to bed, Finley’s world closed in around him and one by one the things he enjoyed and loved to do were taken away.

Living just across the railway line we visited often and as he got progressively worse, sometimes I wrote to him. I told Finley about The Grandest Hotel on Earth and as a distraction from his terrible reality, I asked if he could possibly help me create it. I told him my ideas and asked if he could come up with some more. No worries if he couldn’t, I knew being sick was all consuming. But the next day, Finley got back to me with his ideas for rooms.

And they were spectacular.

The Levitation Room, the Rollercoaster Room and the exquisite Baby Memories Room, where you can remember all your baby memories. And then one idea that hit me like a bat – ‘The Mirrors of The Future Room where the shoeshine boy sees a bad future for the Grand Girl and has to alter time to save her.’

While every other one of his faculties was being taken away, Finley’s beautiful imagination was in full flight.

And so The Mirrors of the Future Room and the bad vision Vincent sees for Florence became central to the story. In fact I felt Finley’s ideas had altered the story so deeply, he became my co-author whose humourous interjections and asides are scattered throughout the text. Finley had a sharp and very dry sense of humour and it was wonderful hearing his voice in my head.

As I incorporated Finley’s ideas into the story – which at first was a challenge, I mean, how could Vincent stop the future? – the nature of the hotel changed profoundly. It wasn’t just about some fantastical, mind-blowing, out-of-this-world hotel any more. I realised it was about something else entirely. As Rupert the concierge says: “We make the mistake of thinking grand is all about size or luxury. When really Grand has nothing to do with either and everything to do with soothing the soul.”

Which is why for the guests, a stay at The Grand is transformational! The selfish become generous, the cold-hearted become compassionate and the sad have their spirits lifted.

One afternoon, out of the blue, Finley lost his ability to speak and the only thing left to occupy his days was lying beside his family and his beloved dogs and listening to stories. Until then, I never realised how important what I do is. Stories matter, so we better make them good.

As you can imagine, this book is the most special book to me. And this time I will never ever forget where the best bits came from. I like to think my co-author would be happy with it. I hope he is. It has a happy ending – Finley wouldn’t have wanted it any other way. And it’s full of slightly outrageous and edgy humour with a good dose of heart. 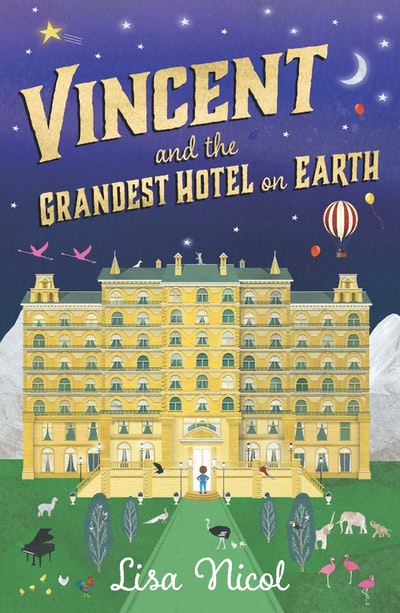 Vincent and the Grandest Hotel on Earth Lisa Nicol

Everyone deserves a bit of grand . . . From ordinary to extraordinary, Vincent and the Grandest Hotel on Earth is a marvellous ride that will delight readers of all ages.