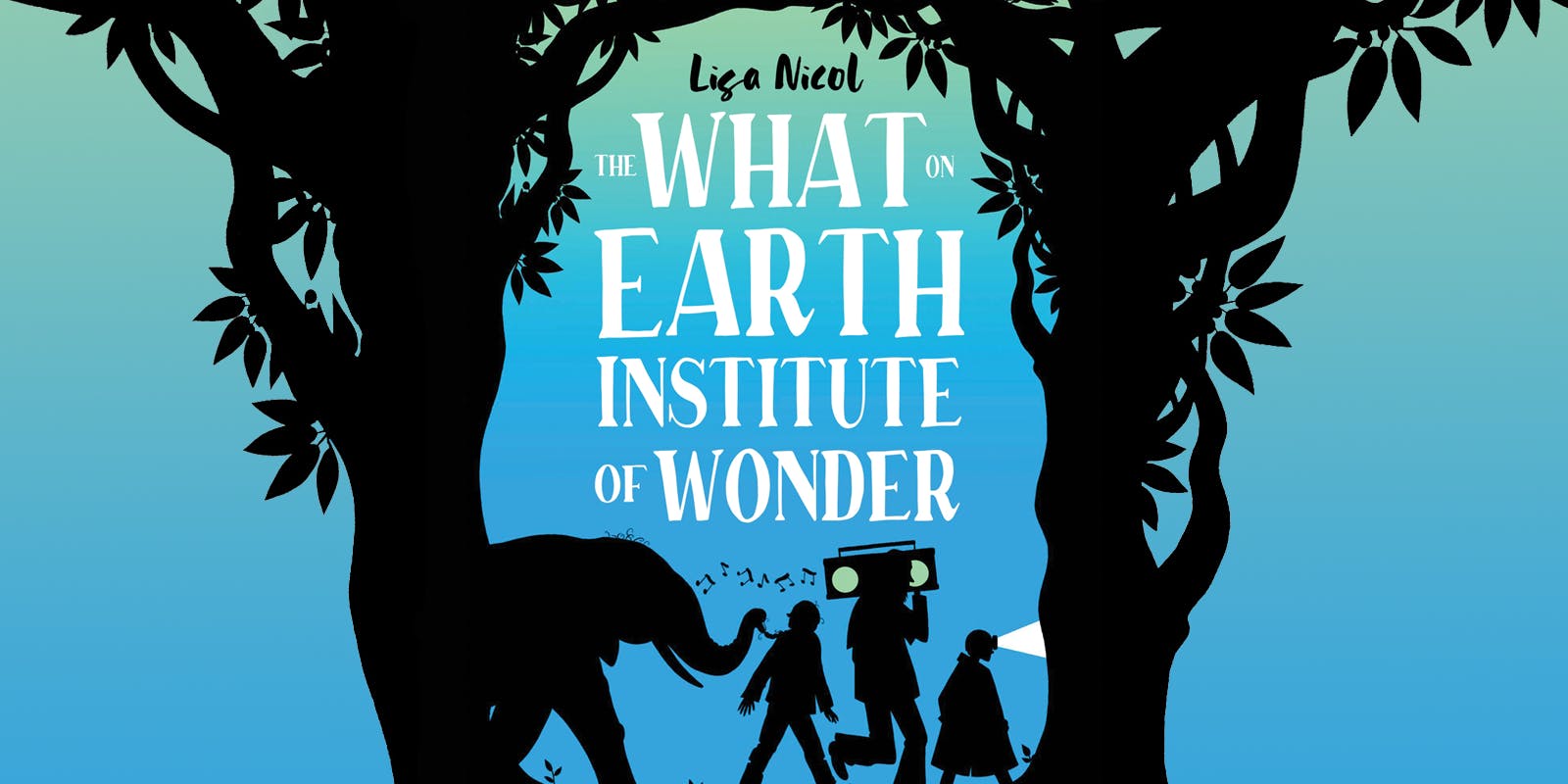 The What on Earth Institute of Wonder began with three things; a cast of characters just mooching around, the image of an elephant asleep on a bridge holding up the morning traffic and a Nina Simone song.

Songs always attach themselves to my work.

I suspect there’s something in each particular piece of music that articulates something I can’t. Something I would like the story to contain but don’t yet know what that is. In this case, it was the Nina Simone version of the well-known Leonard Cohen song, Suzanne. Why that song? I still can’t say for certain. An examination of the lyrics will tell you it’s a love song of sorts but the way Nina Simone sings it, it’s something else. To me it feels mystical and powerful, and the optimistic, meandering groove is so transporting it conjures up embarking on a journey. While under its spell I devised a grand plan for the second half of The What On Earth Institute Of Wonder.  Bordering on the surreal, it involved a train full of orphan children who cried a river; being guided by bats at night and carried on the back of ostriches by day. There were even light-emitting mushrooms that sprung from elephant poop (such things do in fact exist) illuminating the road as Sal, Roy and Bartholomew searched for their elephant queen.

Okay, so perhaps it didn’t border on the surreal. Perhaps it swallowed it whole.

If you’ve read the book, you’ll know the surreal second-half never eventuated, although the story has many fantastical elements; a talking kakapo. The mysterious arrival of a rare African forest elephant. A message from the Animal Kingdom. Part of the reason I abandoned my song-induced surrealist adventure was that it created plot problems. Since writing it, a villain had unexpectedly arrived on the scene. A despicable, child-hating postman with a fondness for wearing Peter Rabbit pyjamas and feet that should be classified as crimes against humanity. If the kids left town, the villain would have to disappear from the story. Apart from losing a villain I was now attached to, if I’m completely honest, I also wasn’t sure I could pull it off. I wasn’t sure I was up to the task of writing something so completely off the wall.

Which left me stranded in the middle of the story, unsure of where to go next.

Looking back I feel good about the fact that at the time I did not feel like a failure. Recognising my shortcomings did not make me lose faith in either the story or myself. (Being an author requires a very healthy ego.) It was just one of those many problem-solving events that take place in the writing of any story. Sometimes you have to be ready to jump ship, take a U-turn, leave the orphans crying on their train to nowhere.

Despite not following the light-emitting mushrooms, I still feel the song brought much to the story. I like to think it is infused with the mystical as well as a sense of optimism and power. Ultimately the story is about Sal finding her own voice and allowing herself to be big. I don’t think anyone personifies uncompromising, singularity of voice like Nina Simone.

And of course the high-priestess of soul herself wandered onto the pages – Bartholomew is a devotee - her enigmatic yet undeniable power guiding Sal, Roy and Bartholomew round seemingly insurmountable obstacles as they struggle to pull off their audacious plan to kidnap an elephant.

Like all great art, the song inspired me to reach. Cast a spell strong enough to make me believe I have wings and to flap them hard. Of course I never actually fly but that is not the point. The alchemy is in the trying. And music emboldens me to try.

The What on Earth Institute of Wonder Lisa Nicol

A mind-boggling expedition into the secrets of the Animal Kingdom with only an invisible map of the human heart as a guide. (Unless, of course, you count the talking parrot.) What on Earth could possibly go wrong…?

Stories matter, so we better make them good

Lisa Nicol shares the experience of writing what she describes as her most special book, and pays tribute to her friend and co-creator.