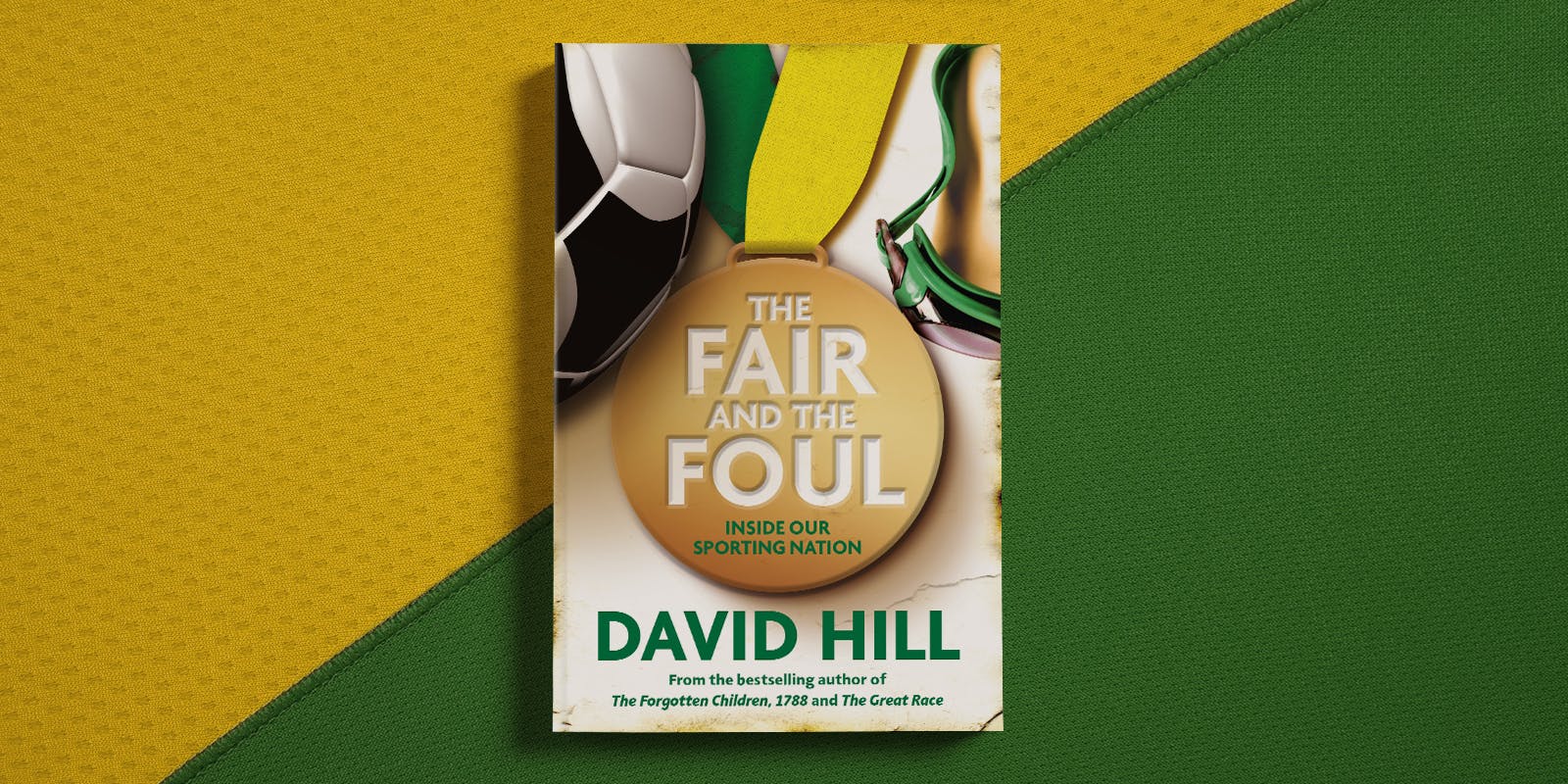 Drawing on his years of personal experience both playing and working in the sporting world, in The Fair and the Foul David Hill vividly narrates sport’s rise in Australia since the end of the nineteenth century. From rugby to soccer, cricket, athletics, swimming and tennis, to this day we measure most of our sporting success on an international scale, playing games designed abroad. But one sport is different. Here, Hill outlines the humble beginnings of our national game.

While most popular sports in Australia were imported, the most popular of all was invented locally. The game of Aussie Rules was the brainchild of young Victorian Tom Wills, who had been educated in England at Rugby school. When he returned to Melbourne he proposed in 1858 the formation of a ‘foot- ball’ competition to help cricketers keep fit during the off- season.

The original game had ten rules, compared to rugby’s thirty-seven, which included kicking and ‘taking marks’ but no throwing of the ball. While unlike any other football code, it had similarities to Gaelic football and rugby union. It has also been claimed that Aussie Rules is based on an Indigenous Australian sport called marngrook, which was played in the western districts of Victoria where Wills lived as a boy.1

The first official game of Australian Rules football is generally considered to be the match between Melbourne Grammar and Scotch College on 7 August 1858 at the Melbourne Cricket Ground – or, rather, the grassland next to the cricket ground – despite Grammar having played St Kilda Grammar in April that year. With Wills umpiring, the winner would be the first team to score two goals. However, the field was half a mile long and there were forty players on each side – thirty-seven boys and three masters for Melbourne Grammar and thirty-six boys and four masters for Scotch – so scoring was always going to be a challenge. After five hours, play was abandoned for the day, both teams having scored once – and although the game was reconvened twice, it seems that no more goals were scored. It wasn’t until May the next year that Wills met with others at the Parade Hotel in East Melbourne, close by the MCG, to codify the rules – but such was the colony’s appetite for sport that the Melbourne Football Club had already been formed.

The game quickly became popular in Melbourne and the first ten years saw a number of modifications to the rules, including the replacement of the round ball with an oval-shaped ball. The Victorian Football Association began in 1877, and twenty years later the breakaway Victorian Football League kicked off, so that by the end of the nineteenth century Aussie Rules was the dominant football code in Victoria and had spread across South and Western Australia. Towards the end of the twentieth century it expanded across the rest of the nation, to become the most dominant and most popular sport of all.

The Fair and the Foul David Hill

Sport in Australia is a national obsession. In this book David Hill recalls his encounters with the great and the good in Australian sport, as well as some of its darker moments.