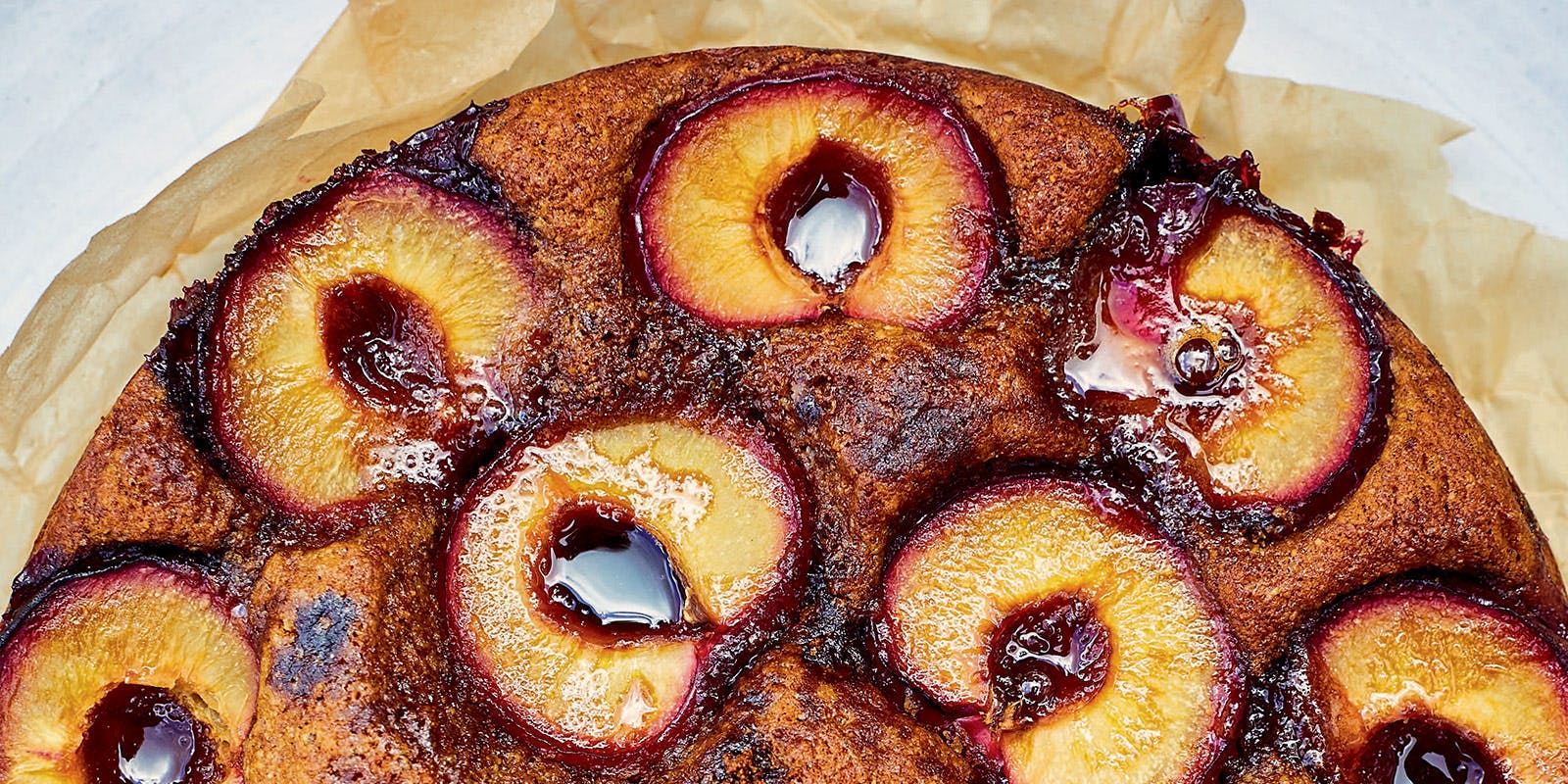 Ginger and plum are a fine pair of ingredients, often found lounging around together in a Chinese sauce. Although they are both able to carry a cake by themselves, when combined they make for a boldly flavoured, jammy, pudding-like cake. I’ve used spelt instead of the aptly named plain flour, because it boasts a nutty flavour and better credentials in the nutrient department, but you could use plain if you can’t find spelt.

The apple puree adds moisture to compensate for the lack of eggs, but for a non-vegan version use 2 medium eggs in place of the milled flaxseeds and almond milk, and soft unsalted butter instead of the sunflower spread. This can be eaten hot or cold, though it’s best warm, with a little yoghurt, ice cream or cream (dairy-free, if you are vegan).

Put the sunflower spread, sugar, apple puree and vanilla in a large bowl and vigorously mix with a hand whisk – it will look a little split, but that’s OK. With a wooden spoon, fold in the spelt flour, almonds, baking powder, bicarb, ginger and salt, until just combined. Now add the flaxseed mixture, fold once more to combine, then pour into the prepared tin.

Top the batter with the plum halves, cut side up, overlapping them slightly as you go, then sprinkle over about a tablespoon of sugar. Bake for 40 minutes, turning the tin halfway through, until the top of the cake is firm to the touch, golden brown and a skewer inserted into the centre comes out clean. Leave to cool in the tin for a few minutes, then remove from the tin and serve warm.

A vibrant curry from the plant-based cookbook East.

A vegan interpretation of pad thai that brings something new in the form of purple sprouting broccoli.

A modern twist on an old classic.