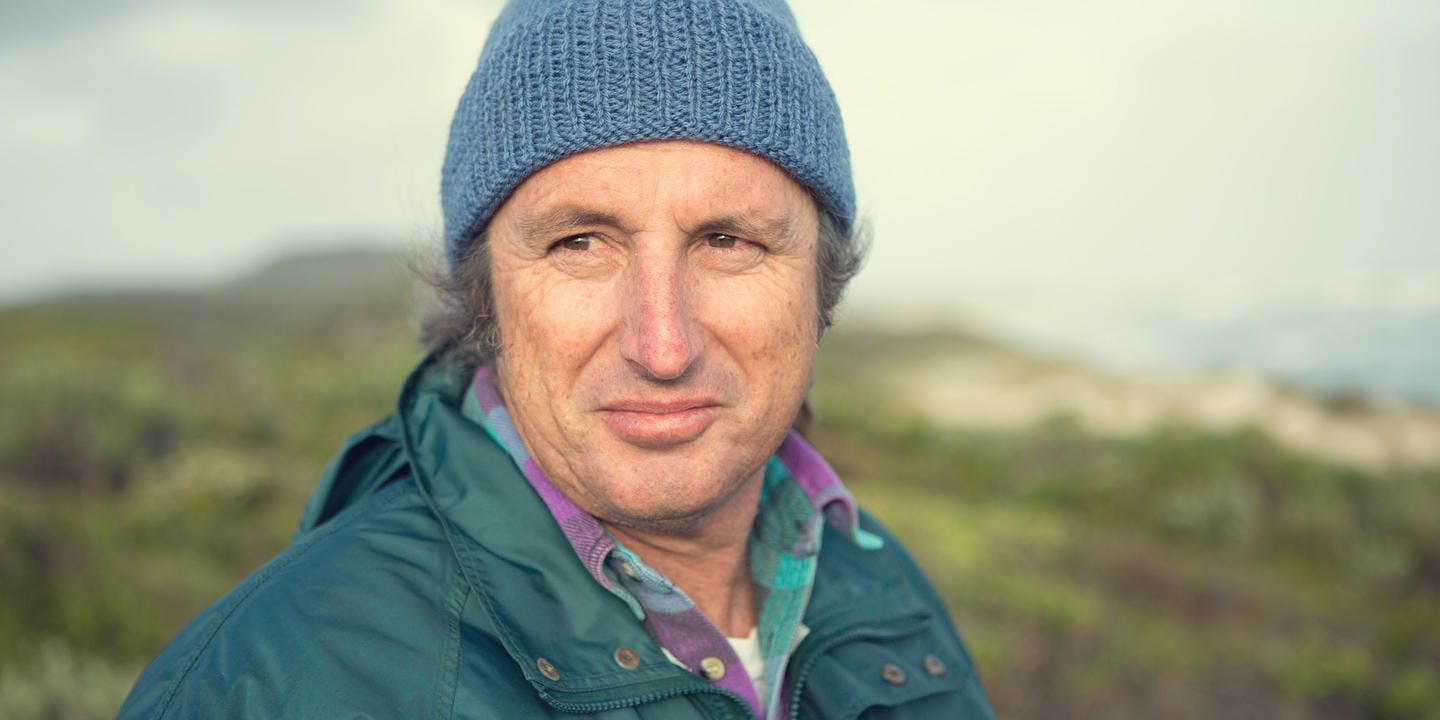 What did you read as a child/teen/young adult? – Brad I
I read Tom Sawyer by Mark Twain. I read a lot of comics. I read Coral Island by R.M. Ballantyne. I read The Swiss Family Robinson by Johann David Wyss. I read Robinson Crusoe by Daniel Defoe. And I read Treasure Island by Robert Louis Stephenson. Lots of desert island, lots of shipwreck and adventure.

I’ve always wanted to ask – Tim, where does your fascination for characters with missing fingers come from? – Lee-Ann H
*laughs* I’m not sure... I did meet a girl when I was a young boy on holiday, and she had a missing finger – and I was pretty curious about that. I also had a great uncle who’d lost all of his fingers in a cray fishing winch. So, it comes from Uncle Hec. Blame Uncle Hec and some girl I met on holiday once, who I think I was a bit in love with – even if I was ten.

Tim, what tips would you give to a young writer trying to find their feet? – Sarah C
Read a lot. That’s the first and most important thing. And the second is; to just keep going. The only way to learn is to keep writing, to make any progress is to keep going. You just have to keep going.

What did it feel like to finish Eyrie? – Jade S
Ahh, huge relief. I was so tired when I finished it, I’m not sure that I was feeling anything at all. I think I was relieved. And because the last chapter is so intense I was probably a bit emotional.

[How did you know it was done?] I think I knew it was done when my editor and I couldn’t fix any more up. Either because it didn’t need it, or I didn’t have the brains to do it. Books are never finished, there’s just a point at which you decide you have to give it away, to accept that this is a far as you can take it.

How do you feel when, after years of working on a book, it is released and out there for other people to read? – Kathryn W
Nervous! You feel a little bit anxious and you have weeks where you get up in the morning and you don’t know why you’ve got butterflies in your stomach; you haven’t been thinking about the book but I guess you’re apprehensive about how it’s fairing. There’s not much you can do, it’s like planting a seedling and hoping it grows.

[Do you read reviews?] I try not to read reviews during that initial publication of the book, because you feel like you’re a bit fragile, and a bit tired. Particularly when you’re touring and you’re tired all the time, the bad ones can knock you off your course a bit. No, I try not to read them until a while after the book’s been out.

What do you dream about in that moment between sleeping and waking? – Shan P-M
Hmm, I’m sure I don’t dream of the same thing, every morning’s different... But of late (meaning on tour), I keep thinking has the alarm gone off – am I asleep or am I awake? What town am I in? Get up in Hobart, do an event in Bendigo and go to bed in Melbourne... you’re not sure where you are when you wake up.

What does it mean to be an Australian writer? What are the responsibilities and duties involved? – Sam Q
Well, to be any writer, your duty is to the art form. First duty is to literature, and to make the best work you can make – to work in good faith, to be doing the best work you can and to make beautiful things. And to keep culture alive. I don’t see there’s any other duties involved.

Just because you’re a novelist doesn’t mean you have to be setting a social or political agenda. Those are things you can do if you choose to outside of writing, as I do, but you know, you’re not a prophet or a seer despite what people might think. In the end, you’re a story teller, not Mahatma Ghandi!

What has been the most mentally challenging book to write and why? – Blair T D
Well, they’re all mentally challenging. I think. Some books take seven years to write. I probably had the most trouble with Dirt Music, in terms of having to rewrite it at the last minute, I had to cut fifty per cent of it out and rebuild it right from scratch. I did that in 55 days and nights and that was probably the least fun I’ve had as a writer.

Also, I think with Eyrie, it’s hard work spending four years or so in the company of a person so unhappy as Keely. If it wasn’t for the fact that he’s funny it would be unbearable, but the fact that he’s funny – you know, he has this sort of mordant sense of humour – meant that I could cope. Otherwise you have to go to your desk every day, and re-enter the mind of someone who’s angry and miserable and out of love with life.

I am interested in what you have to say about the practice of kindness for its own sake and how the thrust of our lives in Australia is to seek personal pleasure: an emphasis on individualism in our culture? – Heather M
Well, I think it’s true that our culture has been atomised and we’ve been broken away from one another. Almost as though the fruits of our prosperity has been a kind of alienation from one another. We’re strangers to our neighbours, we’re strangers to the rest of our community. We live in these kind of individuated units where we’re suspicious of one another. Or we’re impatient or intolerant, as though somehow it’s almost as though prosperity has made us so keen to chase after the material spoils of something like the mining boom, that we forget that we’re a culture and a community first. Rather what seems to have happened is that we’ve given up on the idea that we’re a community and just accepted the fact that we’re an economy. The economy, is supposed to be the fruits of our labour, not the whole point of our lives.

So I think it’s worth remembering that Australians used to measure the health and success and the worth of our community by the decency that we show each other. And I wonder if we’ve lost a little bit of that. There’s nothing wrong with pleasure, pleasure is one of the great gifts of life. It’s not as if we have to turn away from pleasure, we just have to realise that in order to survive we have to help each other get along. It might mean sharing or giving-up something to help somebody else but, you know, in a country that celebrates the ‘fair go’ sometimes we tend to over emphasise our egalitarian impulses, sometimes we’re just fibbing about it. So I think there’s room for improvement for us to recover that sense of decency that comes from remembering that there are people around us who aren’t doing so well.

Hi Tim,  I’m wondering how much input you have in the process of your stories being turned into film, such as The Turning, and how you feel about the different interpretation of your stories into film? – Saffron H
I’m always interested in what other people come up with! Theatre, film, television, opera, puppetry, radio – I have had it all! I’m not too precious about it. I think most people who are interested in doing an adaptation are interested in the spirit of the story. I’ve never had the experience where somebody has gone against the spirit of the story. So as long as they follow in the spirit of the story I don’t care what sort of changes they make to the most cosmetic aspects. So I’ve never had a bad experience in that sense. You can usually tell, when you meet someone interested in doing an adaptation, not what they’re going to come up with, but if they understand the story. But no, I don’t get too worried about it. Over the years, I’ve known that there’s a lot I can’t control. I’ve finished the book and know that I’ve done all I can do on the book, and it’s their film/theatre/etc and they’re welcome to do it whatever way they want to. It’s just interesting to see how other people’s minds work.