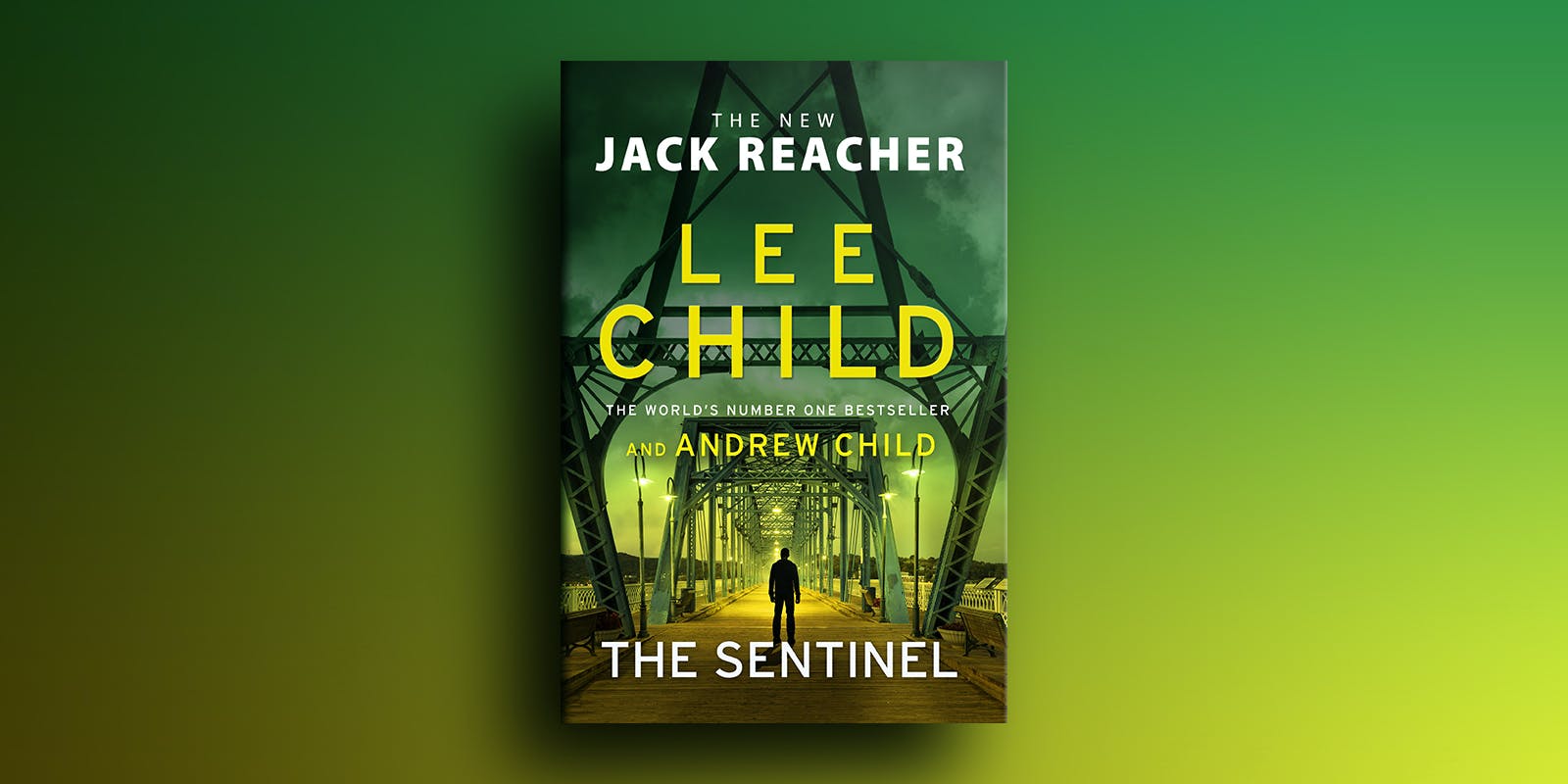 How did you find collaborating on The Sentinel?
LC: Sitting down together to write The Sentinel felt like the final phase of a twenty-five-year process. When I finished the first Reacher book, Killing Floor, I showed it to my wife and daughter, who were loyal and enthusiastic, but neither of them was a natural thriller reader, so next I showed it to Andrew, for what I felt would be an informed opinion. I knew it would have been really tough for him to criticise his big brother’s work, but equally I knew he would if necessary. He’s like that. But fortunately he approved, and from then on Reacher became a kind of family property... almost like another brother. So in the end the collaboration felt pretty easy.
AC: I found the writing hard – Lee sets a very high bar! – but the collaboration part came much more naturally than I’d expected. I haven’t written anything with anyone else for years – decades! – because in the past when I tried I always felt like I was swimming against the tide. I was always out of step with my partners and none of my ideas seemed to mesh with theirs. But with Lee we were in sync from minute one and remained that way throughout.

There’s quite an age gap between you, did you find that creatively useful?
LC: Totally, and that’s very much the point of the transition. As a writer I’m aware now of the world passing me by somewhat, and I wanted the series to get a shot of more contemporary energy. Having Andrew on board is like mysteriously waking up fifteen years younger, full of ideas and passion. It’s like meeting a younger me.
AC: The situation is a complete turnaround for me. As the youngest in the family I was always aware of being the slowest, the least qualified, the least experienced. And now, for the first time in my life, being younger has turned to my advantage and given me something different to contribute.

Do you have the same favourite Reacher books?
LC: I have a certain quiet pride in some of them, but ultimately my favourite is always the next one, because theoretically it could be the perfect one... but then I worry that if an author was totally satisfied with a book, where’s the motivation for carrying on?
AC: There are two that particularly stand out for me. Killing Floor, because it was the first and I will never forget how I felt after reading the manuscript. The joy of tearing through such a magnificent book. The relief of seeing how great it was, knowing how much was at stake for my brother. And in addition, a sense of connection. The narrative is written in the first person and we don’t learn Reacher’s name for quite some time, but long before it was revealed I thought, I know this guy on a deep, fundamental level.

The other book I think is particularly special is Make Me. It has all the ingredients that make us love Reacher – the captivating location, the pervading sense of mystery, the fabulous characters, the intriguing (and particularly disturbing) plot, the propulsive prose, the action, the sense of justice done – but I feel that this time out, the language was even more lyrical and aesthetically satisfying.

What does the future hold for Jack Reacher?
LC: As always, that’s up to the readers. If they want more, we’ll supply it!
AC: With the greatest pleasure!

An exclusive Lee Child short story to celebrate the release of No Middle Name.

Keep up with Jack Reacher

How do you stack up against Lee Child’s renegade hero?