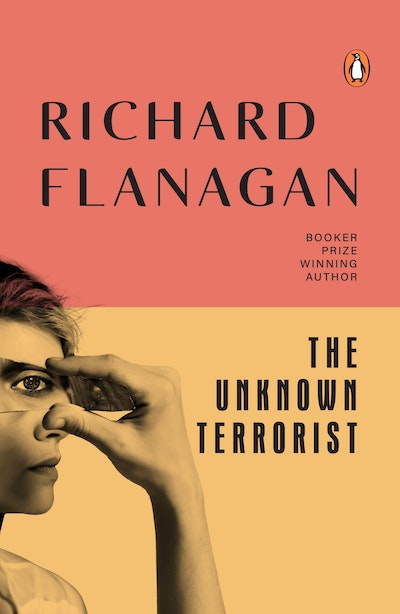 From the winner of the Man Booker Prize. What would you do if you turned on the television and saw you were the most wanted terrorist in the country?

From the winner of the Man Booker Prize. What would you do if you turned on the television and saw you were the most wanted terrorist in the country?

Gina Davies is about to find out.

After spending a night with an attractive stranger, she has become a prime suspect in the investigation of an attempted terrorist attack. When police find three unexploded bombs at a stadium and her enigmatic lover suddenly goes missing, Gina spends five days on the run and witnesses every truth of her life twisted into a betrayal.

The Unknown Terrorist is a relentless tour de force that paints a devastating picture of a contemporary society gone haywire, where the ceaseless drumbeat of terror-alert levels, newsbreaks, and fear of the unknown pushes one woman ever closer to breaking point.

This is an extraordinary achievement, chilling, impossible to put down, and all too familiar.

Praise for The Unknown Terrorist

‘Nothing short of brilliance. Read this novel now, before it’s too late for any of us to understand its message’

‘... a tightly rivted, almost classic thriller ... This is a damn good story delivered with the glittering prose that only the rage of just moral anger can achieve’

‘...should be required reading - with eyelids pinned open, if necessary, and forced to look ... Flangan’s tightly crafted narrative is akin to the oppressive power of Kafka’s Trial or Capote’s In Cold Blood, stark realism revealing underlying sickness. His prose glitters and shrieks with spare vitality’

‘A terrific novel, maintained at fever heat but never straying beyond the bounds of possible or even the likely’

‘The fast-paced narrative builds to a fittingly bloody crescendo, and Flanagan drops astutely cynical observations along the way... A true page-turner as well as a timely, pithy critique of celebrity culture and the politics of fear-mongering’

‘Once in a while a thriller of genuine importance comes along, fired by passionate concern’