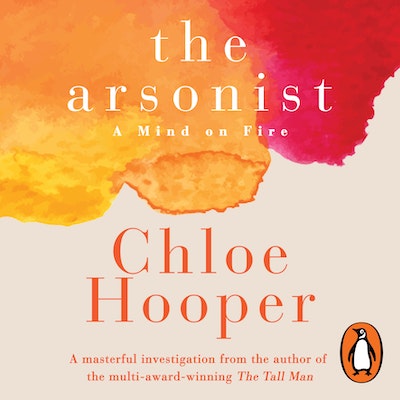 The Arsonist takes readers inside the hunt for a fire-lighter. After Black Saturday, a February 2009 day marked by 47 degree heat and firestorms, arson squad detectives arrived at a plantation on the edge of a 26,000-hectare burn site. Eleven people had just been killed and hundreds made homeless. Here, in the Latrobe Valley, where Victoria’s electricity is generated, and the rates of unemployment, crime and domestic abuse are the highest in the state, more than thirty people were known to police as firebugs. But the detectives soon found themselves on the trail of a man they didn’t know.

The Arsonist tells a remarkable detective story, as the police close in on someone they believe to be a cunning offender; and a puzzling psychological story, as defence lawyers seek to understand the motives of a man who, they claimed, was a naïf that had accidentally dropped a cigarette.

It is the story not only of this fire – how it happened, the people who died, the aftermath for the community – but of fire in this country. What it has done, what it has meant, what it might yet do. Bushfire is one of Australia’s deepest anxieties, never more so than when deliberately lit. Arson, wrote Henry Lawson, expresses a malice ‘terrifying to those who have seen what it is capable of. You never know when you are safe.’

As she did in The Tall Man, Chloe Hooper takes us to a part of the country seldom explored, and reveals something buried but essential in our national psyche. The bush, summertime, a smouldering cigarette – none of these will feel the same again.