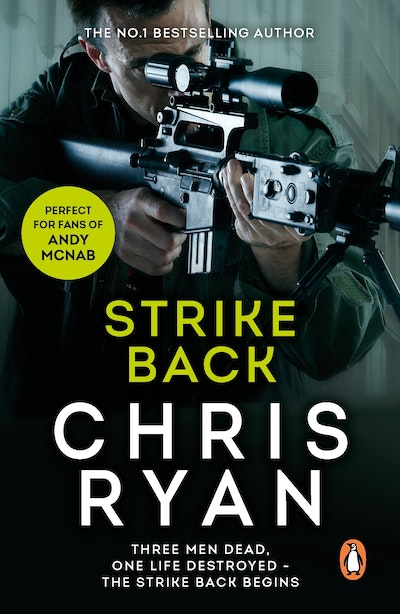 A war hero. A broken veteran. A lethal crisis.

____________________________
Two soldiers: Britain's most celebrated military hero and a broken veteran living in the gutters of London. Their paths last crossed nearly twenty years ago. Now, amidst a hostage crisis in the Middle East, their lives are about to collide again. And they're about to Strike Back.

John Porter was involved in a disastrous hostage extraction in Lebanon in 1989. Torn by guilt over the deaths, and struggling to come to terms with the past, John is an alcoholic rough sleeper.

Colonel Peregrine Collinson was involved in the same raid. He was awarded a Military Cross and is heralded as a hero.

After the raid, their lives couldn't have been further apart. Until now. A hostage crisis in the Middle East draws them back together for the first time in decades, but both men have secrets they've kept all this time - which might be dragged into the light...

Praise for Strike Back

Chock full of military fat to chew on...will keep you awake until dawn

Hard to put down...There's plenty of action, loads of claret, emotional and physical kickings a-plenty. It's a rock-solid story which is soundly told by Ryan