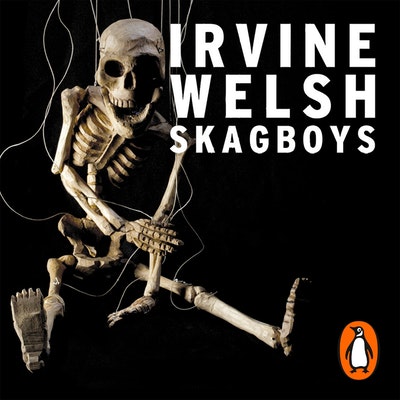 A prequel to the world-renowned Trainspotting, this is Irvine Welsh's greatest work and where it all went wrong for the boys...

Mark Renton has it all: he's good-looking, young, with a pretty girlfriend and a place at university. But there's no room for him in the 1980s. Thatcher's government is destroying working-class communities across Britain, and the post-war certainties of full employment, educational opportunity and a welfare state are gone. When his family starts to fracture, Mark's life swings out of control and he succumbs to the defeatism which has taken hold in Edinburgh's grimmer areas. The way out is heroin.

It's no better for his friends. Spud Murphy is paid off from his job, Tommy Lawrence feels himself being sucked into a life of petty crime and violence - the worlds of the thieving Matty Connell and psychotic Franco Begbie. Only Sick Boy, the supreme manipulator of the opposite sex, seems to ride the current, scamming and hustling his way through it all.

Skagboys charts their journey from likely lads to young men addicted to the heroin which has flooded their disintegrating community. This is the 1980s: a time of drugs, poverty, AIDS, violence, political strife and hatred - but a lot of laughs, and maybe just a little love; a decade which changed Britain for ever. The prequel to the world-renowned Trainspotting, this is an exhilarating and moving book, full of the scabrous humour, salty vernacular and appalling behaviour that has made Irvine Welsh a household name. 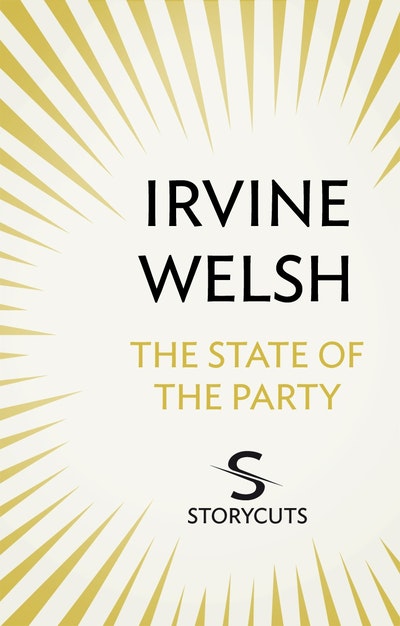 Welsh's descriptive style is masterful - crude, violent and poetic by turns - but it is dialogue for which he has the Midas touch... Its banter, outrage and razor wit sing off the page. A film, one suspects, isn't far off.

The voice of punk, grown up, grown wiser and grown eloquent.

I’m not sure that in 2012 there will be a single novel, never mind half a dozen, with more verve or nous or life in it than Skagboys. Ye kin pure tell they Booker gadgies’ll no huv the baws but…

I ended up charmed beyond measure, if that is the right word for a novel whose odd moments of poignance are regularly booted into touch by death, disillusionment and dereliction.

Trainspotting may be a masterpiece but Skagboys is the reason the artist painted it, and sometimes that's the most compelling story.

One of the most significant writers in Britain. He writes with style, imagination, wit and force.

Welsh's knack for dialogue - both ineternal and conversational - remains virtuosic and often exhilarating. It makes for characters you can't help but care about even the psychopaths and amoral chancers like Begbie and Sick Boy... Welsh's finest work to date.

Welsh somehow manages to be both the Zola of Therese Raquin, and Dostoevsky's Underground Man, ranging between quasi-scientific perspective and a more immersed, troubling one. That he does so for the most part in a furious low Scots vernacular - filthy, or fulthy, and hugely funny at times - may seem remarkable.

Welsh performs the mysterious feat of making you think that his characters are real.

A brilliantly funny, scary, sweeping novel with all the energy of Welsh's debut, but imbued with a wider sense of political and social engagement.

It’s brilliant and even more thrilling than its predecessor.

Like Trainspotting, Skagboys thrusts along with the exuberance of its episodic stories. Welsh hasn't lost his flair for comic set pieces.

Quite simply a masterpiece…at least as assured and vibrant in its characterization as Trainspotting, Skagboys is even more on the money politically… This novel more than any other, (including its brilliant predecessor) stands as our spiritual and moral history.

It was never going to be light reading, but Welsh's vigour, wit and energy still make it compulsive.

Skagboys is a compelling tale…a seriously entertaining piece of work.

If you too loved the colloquial tangle of Trainspotting, you'll find a similar rhythm in Skagboys.

There is enough of what Welsh does well - needle-sharp dialogue, vivid characters and a certainty of place - to make Skagboys his best work in many years…an essential read.