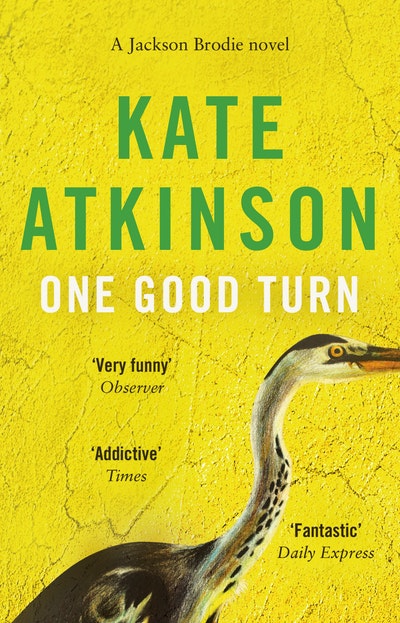 'An absolute joy to read...the pleasure of OneGoodTurn lies in the ride, in Atkinson's wry, unvanquished characters, her swooping, savvy, sarcastic prose and authorial joie de vivre' Guardian
It is summer, it is the Edinburgh Festival. People queuing for a lunchtime show witness a road-rage incident - a near-homicidal attack which changes the lives of everyone involved. Jackson Brodie, ex-army, ex-police, ex-private detective, is also an innocent bystander - until he becomes a murder suspect.

As the body count mounts, each member of the teeming Dickensian cast's story contains a kernel of the next, like a set of nesting Russian dolls. They are all looking for love or money or redemption or escape: but what each actually discovers is their own true self. 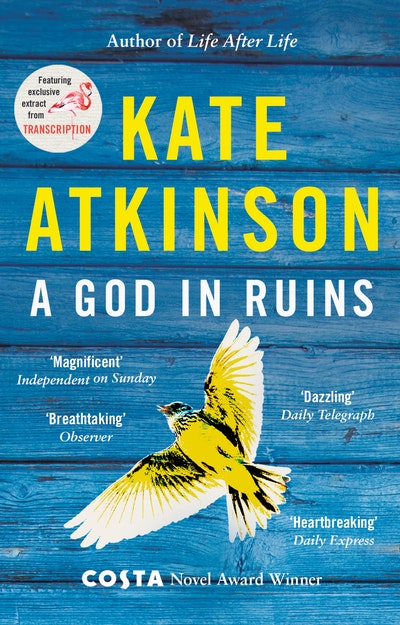 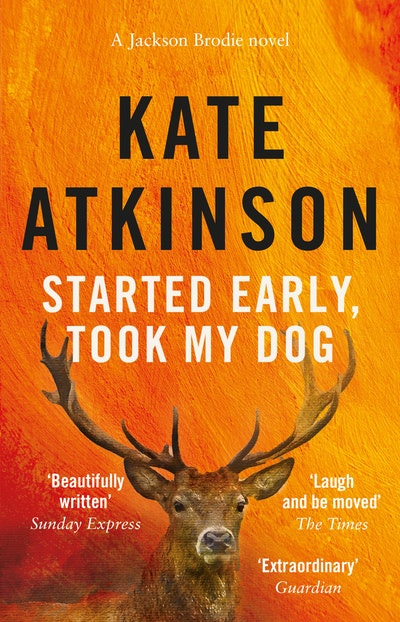 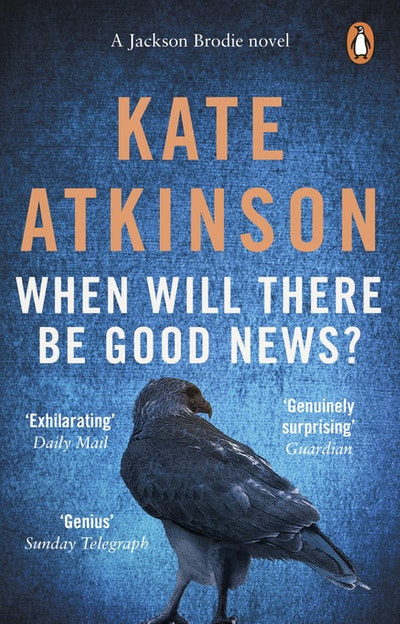 Praise for One Good Turn

[Atkinson has a] knack for psychological portraiture and dark humor... Paradoxically, murder has given her a framework that helps liberate her insights on the living, as the lurking presence of corpses reminds readers there are worse offenses than bad parenting and worse fates than unhappy marriages.... Atkinson knows that the line between victim and tormentor can be blurry and that survivors sometimes have good reasons for guilt.... Astutely, Atkinson has noticed that the high-tech lifestyle has given rise to a high-tech deathstyle that makes the old props of detective fiction -- fingerprints, dusting powder, alibis -- as passe as a fedora

[Atkinson] is a writer I always read with my heart in my mouth, as if watching a trapeze artist perform a high-wire act between cockiness and courage. Here, as in "Case Histories," she is splendid at the stuff of people's lives... Her observations about Edinburgh are easily as funny as Alexander McCall Smith's

An absolute joy to read...the pleasure of One Good Turn lies in the ride, in Atkinson's wry, unvanquished characters, her swooping, savvy, sarcastic prose and authorial joie de vivre.

An extraordinary tapestry that is both hilarious, poignant and unexpected...Atkinson at her peak: full of wit, surprises and humanity. Not to be missed

Atkinson is a restrained, perceptive writer skilled at telling stories from multiple and hugely diverse points of view... Her prose is piercing, lucid and perceptive

'Atkinson is frequently very funny...while the tone stays light, the plot continues to darken....manages to be that rarest of things - a good literary novel and a cracking holiday read'

Atkinson, while having fun with the murder-mystery genre, slyly slips us a muted tragedy

'A fantastic detective story and a wonderful piece of writing...has taken the crime genre to another level'

High suspense and rattling pace...charged with adrenalin and a spry humour.

In One Good Turn . . . the deft and tricky British author Kate Atkinson shows again, in her inimitable bleakly funny way, how much easier it is to explain a death than to solve a life

'It doesn't really matter in which genre Atkison chooses to write. Her subject is always the irrecoverable loss of love and how best to continue living once you have glumly recognised that. . . . Her gift is in presenting this unnerving and subversive philosophy as a dazzling form of entertainment'

One story nests within another, like the set of Russian dolls that Martin owns...Kate Atkinson has that priceless Ancient Mariner ability that keeps the reader turning the pages

Perhaps the most consummately all-round book of the year is Kate Atkinson's One Good Turn, a marvelous thriller so beautifully written you'd stop to admire the prose if you weren't so busy page-turning.... It features a killermost writers would die for, and a plot that touches genius. It's unalloyed pleasure from first to last

'This is a detective novel packed with more wit, insight and subtlety than an entire shelf-full of literary fiction. The plot is an incidental pleasure in a book crammed with quirky humour and cogent reflections on contemporary life. Highly recommended. *****

'Thrillingly addictive...In One Good Turn Atkinson proves quite unique in her ability to fuse emotional drama and thriller...Imagine a Richard Curtis film scripted by Raymond Chandler, both a little enlivened by the collaboration'

Whatever she does is done to the highest of literary standards. She has produced an engrossing, enjoyable, complex novel packed with intriguing characters, vividly imagined scenes and a compelling plot

While Kate Atkinson could give a masterclass on creating believable and intriguing characters, she also knows more than a thing or two about plotting...another class act