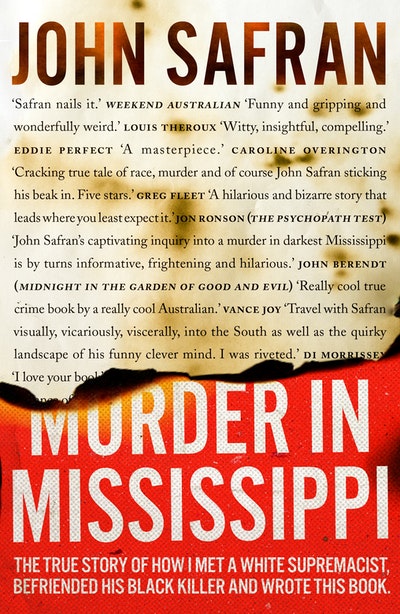 Murder in Mississippi is a brilliantly innovative true-crime story. Taking us places only he can, Safran paints an engrossing, revealing portrait of a dead man, his murderer, the place they lived and the process of trying to find out the truth about anything.

'John Safran's captivating inquiry into a murder in darkest Mississippi is by turns informative, frightening and hilarious. It is enlivened by a swarm of creepy locals and a torrent of astonishing details – such as hedge clippers put to surgical use in the performance of an official autopsy.' John Berendt
'One of the best pieces of sustained, rigorous journalism I've read in twenty years. It is absolutely magnificent – smart, and wry, and emotional too' Caroline Overington

When filming his TV series Race Relations, John Safran spent an uneasy couple of days with one of Mississippi's most notorious white supremacists. A year later, he heard that the man had been murdered – and what was more, the killer was black.
At first the murder seemed a twist on the old Deep South race crimes. But then more news rolled in. Maybe it was a dispute over money, or most intriguingly, over sex. Could the infamous racist actually have been secretly gay, with a thing for black men? Did Safran have the last footage of him alive? Could this be the story of a lifetime? Seizing his Truman Capote moment, he jumped on a plane to cover the trial.
Over six months, Safran got deeper and deeper into the South, becoming entwined in the lives of those connected with the murder – white separatists, black campaigners, lawyers, investigators, neighbours, even the killer himself. And the more he talked with them, the less simple the crime, and the world, seemed.
Murder in Mississippi is a brilliantly innovative true-crime story. Taking us places only he can, Safran paints an engrossing, revealing portrait of a dead man, his murderer, the place they lived and the process of trying to find out the truth about anything.
'The elegance of this book is that its axis is a resounding 'perhaps' . . . It is this moral ambivalence that draws readers to the true crime genre, and Safran nails it' Weekend Australian
'Mississippi is like a trampoline for [Safran's] eccentricities. But the form and content of the story bring out an unfamiliar side of him' Sydney Morning Herald
'A winning combination of memoir, true crime and gonzo journalism . . . a compulsive summer read' Sunday Mail
'Funny and gripping and wonderfully weird . . . It's a tremendous book. I can't praise it too highly' Louis Theroux
'Witty, insightful, compelling – In Cold Blood for our generation' Eddie Perfect
'[Safran] has written a marvellous book which I cannot put down' Melbourne Observer
'Now I know what to recommend people who liked Them' Jon Ronson(The Men Who Stare at Goats and The Psychopath Test)
'Stunning' Men's Style 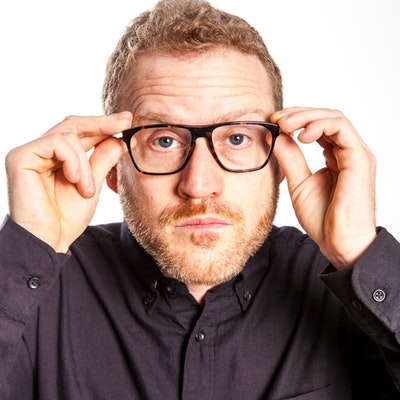 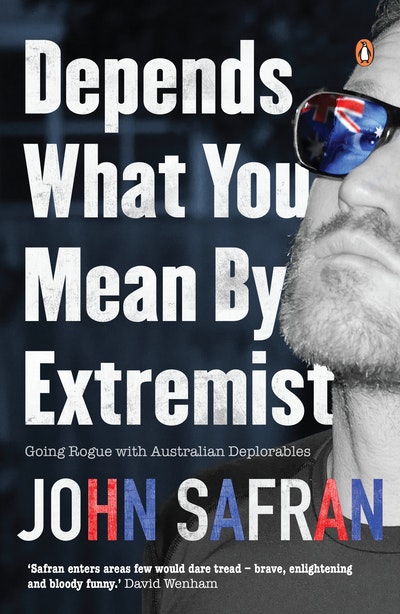