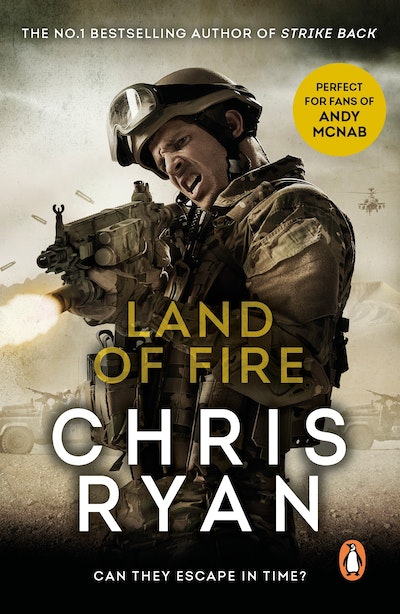 Young SAS trooper, Mark Black, risks his life to capture a female Argentine spy. To knock out enemy bombers, a daring mission is planned against a fortified airbase on Tierra del Fuego, the remote tip of the South American mainland. Black and his fellow SAS are sent in ahead to reconnoitre. Detected by the enemy, they must fight their way out...

Now a senior NCO, Black is back in the South Atlantic, haunted by memories he thought he had buried. British air defences have been knocked out in a sneak attack. Once again Argentine forces are being secretly readied for an assault on the Islands. A team from the crack SAS Mountain Troop is inserted by submarine.

But has the mission been compromised from the start? When fate throws Black together with a girl from his past, he is faced with a conflict of loyalties. Can he trust her now? And can they escape in time to destroy the enemy bombers and prevent all-out war?

Land Of Fire is another non-stop, palm-pounding thriller from the established master of the genre.

Praise for Land Of Fire