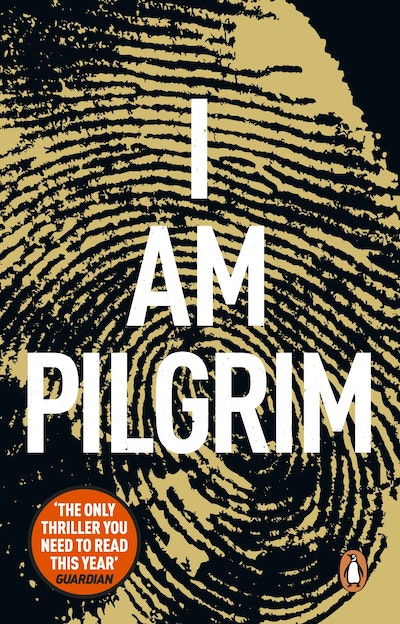 The astonishing story of one man's breakneck race against time to save America from oblivion.

'Simply one of the best suspense novels I've read in a long time.' David Baldacci
'A big, breathless tale of nonstop suspense.' The New York Times
_______________
A FATHER PUBLICLY BEHEADED. Killed in the blistering heat of a Saudi Arabian public square.

A YOUNG WOMAN DISCOVERED. All of her identifying characteristics dissolved by acid.

SMOULDERING HUMAN REMAINS. Abandoned on a remote mountainside in Afghanistan.

PILGRIM. The codename for a man who doesn't exist. A man who must return from obscurity. The only man who can uncover a flawless plot to commit an appalling crime against humanity.
_______________

'The plot twists and turns like a python in a sack... Visceral, gritty and cinematic.' The Times
'An all too plausible disaster for the world we live in. Great nail-biting stuff.' Robert Goddard
Readers are gripped by I Am Pilgrim:

***** 'A real page turner that no one should miss!'
***** 'Slick, gritty and cinematic. I couldn't stop thinking about it.'
***** 'A brilliant, thought-provoking story and one I hope will never come true!'
I AM PILGRIM IS SOON TO BE A MAJOR MOTION PICTURE

Terry Hayes is a former journalist and screen-writer. Born in Sussex, England, he migrated to Australia as a child and trained as a journalist at the country’s leading broadsheet. At twenty-one he was appointed North American correspondent, based in New York, and after two years returned to Sydney to become an investigative reporter, political correspondent and columnist.

He resigned to produce a prominent current affairs radio program and a short time later, with George Miller, wrote the screenplay for Road Warrior/Mad Max 2. He also co-produced and wrote Dead Calm, the film which launched Nicole Kidman’s international movie career, Mad Max Beyond Thunderdome and a large number of TV movies and mini-series – including Bodyline and Bangkok Hilton – two of which received international Emmy nominations. In all, he has won over twenty film or television awards.

After moving to Los Angeles he worked as a screen-writer on major studio productions. His credits include Payback with Mel Gibson, From Hell, starring Johnny Depp, and Vertical Limit with Chris O’Donnell. He has also done un-credited writing on a host of other movies including Reign of Fire,Cliffhanger and Flightplan, starring Jodie Foster.

The Year of the Locust is Terry Hayes' second novel. His first, I Am Pilgrim was an international bestseller. He and his American wife – Kristen – have four children and live in Switzerland. 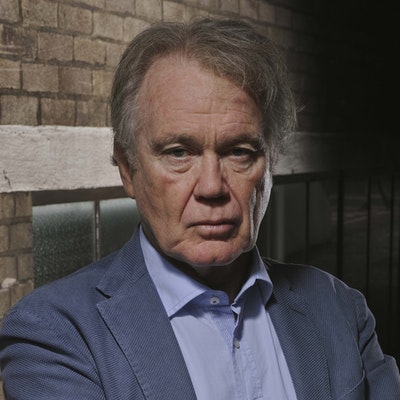 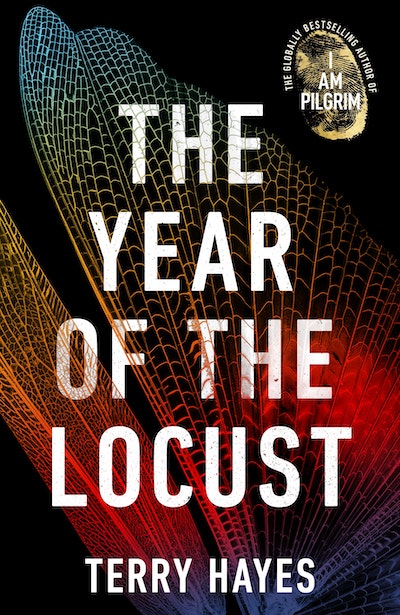 Praise for I Am Pilgrim

The best thriller I've read in ten years... An astonishing piece of work

THRILLER OF THE WEEK. Delivers thrills and spills...A full tilt mix of Homeland, The Wire and The Bourne Ultimatum

I Am Pilgrim is a 21st century thriller: a high concept plot, but with finely drawn protagonists. The plot twists and turns like a python in a sack. The style is visceral, gritty and cinematic...A satisfying and ambitious book, written with skill and verve

Rendition yourself into a pulsating thriller that never lets up as it carries the hero and the reader on an ever more desperate race between time and an all too plausible disaster for the world we live in. Great nail-biting stuff!

The narrative is thrilling: the tension tightens with action...It's a murder mystery, an illuminating account of contemporary international politics and a study of an unusual man......An excellent thriller which as a first novel is really remarkable

I Am Pilgrim takes the modern spy novel and pushes it screaming and kicking into the twentieth-first century. With a stunning sense of plot, beautifully detailed writing, huge ambition and even huger talent, Hayes has produced one of the most memorable novels of recent times. This is a frightening, pulse-pounding journey into the future of terrorism and the brave new world we’ve been ushered into. Amazingly assured and complex, this is one of the best debut novels I’ve ever read

Clever and compulsive - the best thriller in years

Terry Hayes' I AM PILGRIM delivers smart, compelling and wildly inventive storytelling, told on an ambitious scale with total command. A masterful novel and a terrific read

Massive in many senses, but none more so than its ability to exert a vice-like grip on the reader....Destined to be spy thriller of the year

As relevant as today's headlines. A scary trip through the shadowy world of international espionage. Just hope that Pilgrim is on our side. Terrific. No, on second thoughts, better than terrific

THRILLER OF THE MONTH - If the gizmos and bad guys of James Bond and Jason Bourne are a guilty pleasure, you'll love I Am Pilgrim

Fast-paced, slick and full of suspense...It will be the only thriller you need to read this year

A rollicking, yet thoughtful spy thriller which looks set to become a summer blockbuster... [I Am Pilgrim] has plenty of action, but at its heart the drama is cerebral and rich in character, a battle of wills and intellect which is more George Smiley than Jason Bourne

[Terry Hayes’] debut novel has been hyped as "the only thriller you need to read this year", and for once that isn't nonsense. I Am Pilgrim makes moussaka of its rivals

I Am Pilgrim is going to be big

I Am Pilgrim is a satisfying and ambitious book, written with skill and verve

I Am Pilgrim is a fresh new take on the genre...and it’s one you won’t regret picking up

[I Am Pilgrim] has been a fantastic read: a big, solid, chunky, fast-paced, rip-roaring thriller, the love child of a manic union between Jack Reacher and James Bond.

Mr. Hayes’s globe-trotting book has more kicks, twists and winks than anything of its dusty genre has provided in a long time. You will be happily surprised to find a new thriller franchise with brains to match its brawn

Written in a heart-stopping pace, this literary thriller lands somewhere between Homeland and Breaking Bad and then transports you to a different level. It is part spy novel, part psychological thriller. Twists and turns. Emotionally complex characters. Relevant geopolitical issues.

I Am Pilgrim book club notes

Reading group discussion points for I Am Pilgrim by Terry Hayes