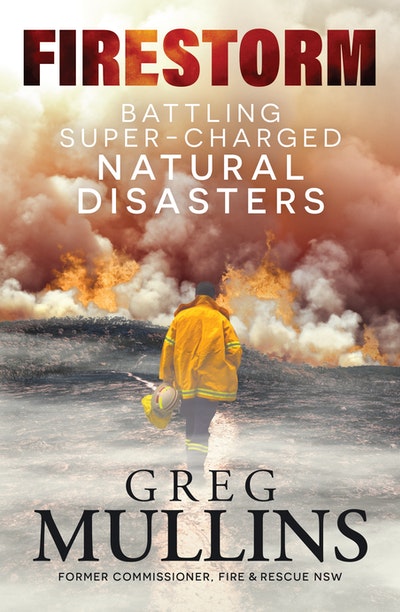 Greg Mullins followed his father into fighting bushfires – it was in the blood. He fought major fires around Sydney and the Blue Mountains for decades, and studied bushfires in Europe, Canada and the US. He risked his life in the 1994 Sydney fires and, later, during our catastrophic Black Summer of 2019–20. As a career firefighter, he worked his way up the ranks to become Commissioner of one of the world’s largest fire services, Fire and Rescue NSW, for nearly fourteen years. When it came to natural disasters there was little, if anything, he hadn’t witnessed first-hand.

Over five decades he watched as weather patterns and natural disaster risks changed, seeing bushfires becoming bigger, hotter and more destructive. He talked to scientists and weighed their evidence with his experience, coming to the realisation that man-made global warming was setting the stage for a deadly firestorm. In early 2019 he tried to warn the government that a Black Summer was imminent so that adequate preparations could be made. . .

But when he and former fire chiefs from across the country tried to meet with politicians to sound an urgent warning, they were ignored.

Combining thrilling stories of what it’s like to be on the front line of Australia’s first giga-fire with the hard truths of human-caused climate change, Firestorm is a compelling account of raging fire, political evasion, settled science, and one man’s courageous, urgent call to action for all Australians.

Greg Mullins AO AFSM became a major national figure in the 2019–20 bushfire crisis – Australia’s longest, hottest and most devastating on record. From being a volunteer firefighter then a career firefighter, he is an internationally recognised expert in responding to major bushfires and natural disasters. During his 39-year career he served as President, Vice President and Board Chair of the Australasian Fire & Emergency Service Authorities’ Council, Deputy Chair of the NSW State Emergency Management Committee, Australian Director of the International Fire Chiefs Association of Asia, NSW representative on the Australian Emergency Management Committee, Australian representative on the UN’s International Search & Rescue Advisory Group, and as a member of the NSW Bushfire Coordinating Committee. He is currently Chair of the NSW Ambulance Service Advisory Board. In early 2019 he formed Emergency Leaders for Climate Action, a coalition of 34 former fire and emergency service chiefs from throughout Australia. They tried to warn the federal government of an impending bushfire disaster, were ignored, but continue to explain how climate change is super-charging the bushfire problem and why urgent action is needed on greenhouse emissions. 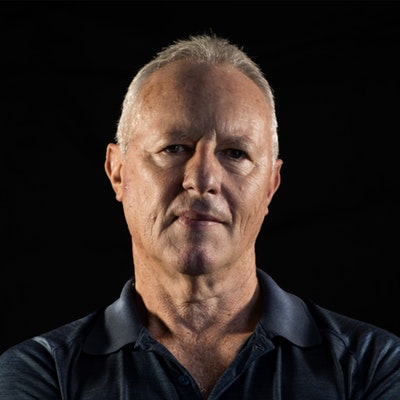 I have never read anything more insightful about the climate crisis and what we must do to address it.

Raging fires, political evasion - this is a compelling call to action.

Greg Mullins is probably the most experienced and knowledgeable firefighter in the country. In Firestorm he gives graphic accounts of what it is like to be in the front line against some of the fiercest blazes in our history, while demanding that politicians, councils and urban planners work with a new and far more inflammable world. Mullins doesn’t pull his punches when it comes to the people he holds responsible for the worst of what was to happen in 2019/20. His case is compelling, his expertise impossible to ignore.

Greg Mullins’s account of the Black Summer in Firestorm is significant and timely . . . While Morrison holidayed in Hawaii, Mullins put his body on the line to save property and lives. He is compassionate, learned and practical, serves the national interest and recognises the dire threat of climate change. He does hold a hose, mate, and that’s why his account of Black Summer has particular interest . . . Greg Mullins gives a personal, thoughtful, harrowing account of his work at the myriad fire fronts throughout the Black Summer . . . And at the heart of the book is a calm, reasonable and utterly scathing account of the federal government’s failures before, during and after Black Summer.