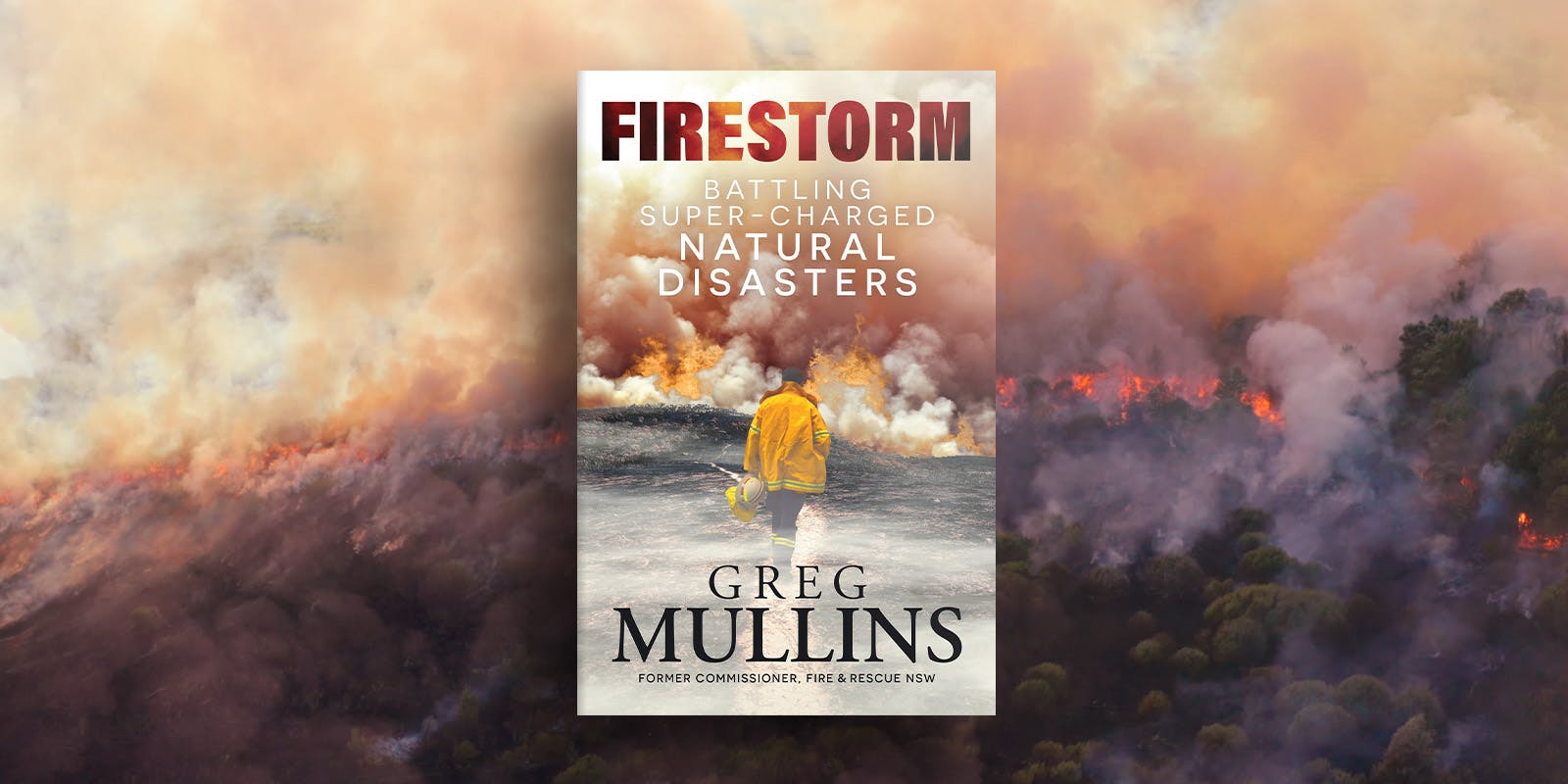 As Australia watches other countries burn and flood we are warned that we are next.

The new book Firestorm says the nation should brace for extreme and inconceivable temperatures in just decades to come, with parts of the world to become completely uninhabitable, including areas of Australia.

Following the release of the Intergovernmental Panel on Climate Change report in August, which found climate change is putting the global temperature perilously close to heating above 1.5C over the next 20 years, former Commissioner of Fire and Rescue NSW, Greg Mullins, warns the situation will be dire.

With the release of his book Firestorm, which is a desperate call to action to face climate change, Mullins is warning of a bleak future if we continue down this path.

'Looking at the current emissions trajectory and temperature trajectory — the unprecedented temperatures we had in 2019 and early 2020 will be an average year by 2040,' he says.

'Most years will be like that and many will be worse.'

Fast forward another 20 years to 2060, and Sydney will likely hit temperatures of more than 50C.

'Parts of the planet will be uninhabitable as it’s just going to be too hot in big parts of the world,' he says.

'It’s a really depressing picture. Parts of the Middle East, parts of Africa being uninhabitable, and the interior of Australia will be so hot any water it has will evaporate.

'With high temperatures come higher evaporation rates, it’s why river systems are in such a dire state.'

'More and more people are going to die'

Mullins’ book Firestorm is a wake-up call to Australia and its politicians with the firefighter claiming leaders have 'put off' facing up to climate change and continued to 'kick the can down the road'.

'More and more people are going to die … people need to educate themselves and say enough is enough,' he says.

'What I wrote Firestorm about was how I’ve seen fire seasons change and how scary it is and hopefully people will see it mapped out and think about how much has changed over those decades.

'It is a really short period of time, yet these massive changes are escalating.

'If Black Summer, up until then the hottest and driest ever recorded, becomes an average weather year, the bad years will be exponentially worse and during the extremes of those years we’ll see temperatures and fires we think now are impossible.'

What can you do to fight climate change?

Mullins says it’s crucial to educate yourself about climate change from credible sources like the Climate Council and ask your local politician what they are doing about it.

'Get involved, get active and feel like you’re making a difference,' he says.

'Sitting back and fretting helps nobody. Say you are not going to accept this is and do what you can to educate people and force politicians to take action on emissions.

'Can you write articles for newspapers, get groups together and raise money for activism, write letters? A lot of people on the ground can do something rather than be a passive watcher.'

With thrilling stories from life on the frontline, Firestorm is a courageous attempt to sound the alarm on the dire, and worsening, climate threat — with fires on the scale of Canberra in 2003, Black Saturday in 2009, and Black Summer 2019/2020 set to become increasingly common.