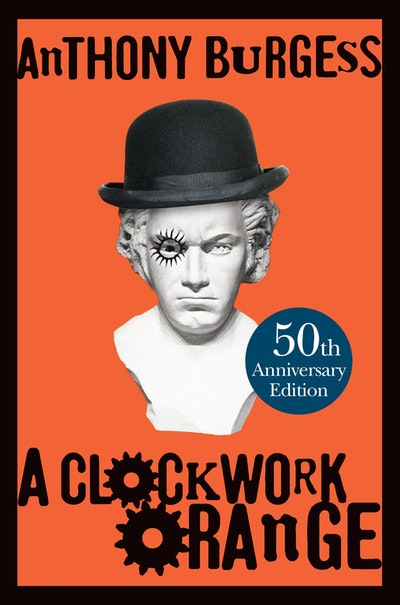 First published by William Heinemann in 1962, A Clockwork Orange is the best known of Anthony Burgess's thirty-three remarkable novels, and is widely acknowledged as one of the most influential books of the twentieth century. For more than twenty years A Clockwork Orange circulated in two distinct editions with two different endings. This special edition to mark the 50th Anniversary of first publication restores the text of the novel as Burgess originally wrote it, along with a selection of interviews, articles, reviews and other previously unpublished material. Featuring an introduction by Martin Amis and a biographical introduction by Andrew Biswell, Burgess's biographer - examining the background to the novel's composition and its subsequent editorial and publication history - this new edition also includes the full novel, newly edited from the 1961 typescript with the restoration of illustrations and music and a previously unpublished dramatic prologue from the Burgess archive in Austin, Texas.This new edition places the novel within its immediate historical and cultural contexts and will be the definitive edition to excite critics and readers alike.

Praise for A Clockwork Orange

A terrifying and marvellous book.

A brilliant novel . . . a tour-de-force in nastiness, an inventive primer in total violence, a savage satire on the distortions of the single and collective minds.

I do not know of any other writer who has done as much with language as Mr Burgess has done here - the fact that this is also a very funny book may pass unnoticed.

The 50th anniversary of Anthony Burgess's A Clockwork Orange is celebrated this weekend with the publication of a handsome new hardback edition (the edges of its paper are orange!) by Random House (£20). It is compiled and edited by Andrew Biswell – Burgess's biographer – and has a foreword by Martin Amis, as well as unpublished material including a 1972 interview with Burgess, the prologue to his 1986 A Clockwork Orange: A Play With Music, and his annotated 1961 typescript of the novel, complete with his doodles in the margins. His picture of an orange with a spring poking out of it is particularly special

We might therefore suppose that Burgess would appreciate the publication of a “restored edition” of A Clockwork Orange (Heinemann, £20; US, W. W. Norton, $24.95) to mark the fiftieth anniversary of the publication of his best-known work. Expertly edited by Andrew Biswell, and including a foreword by Martin Amis and a wealth of supplementary materials – explanatory notes, an expanded glossary of Nasdat, contemporary reviews by Kingsley Amis and Malcolm Bradbury among others, essays by Burgess and the “Prologue” and “Epilogue” to his musical stage version (1987) – the volume grants Burgess the kind of salutatory treatment he bestowed on others.