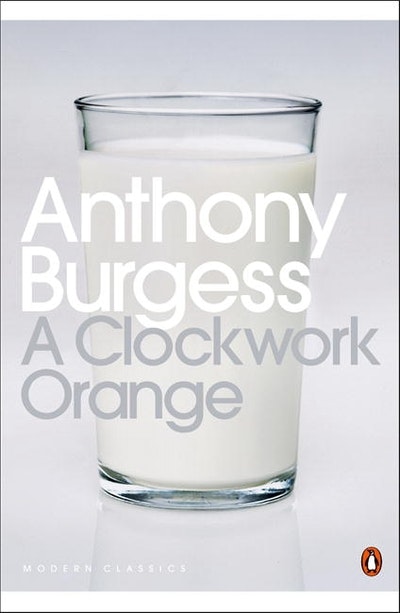 This special edition of A Clockwork Orange restores the text of Anthony Burgess' novel as he originally wrote it, and includes a glossary of his teen slang 'Nadsat', pages from the original typescript, explanatory notes, interviews, articles and reviews, shedding light on the enduring fascination of the book's 'sweet and juicy criminality'.

Anthony Burgess's nightmare vision of a society overrun by nihilistic violence and governed by a menacing totalitarian state, A Clockwork Orange includes an introduction by Blake Morrison in Penguin Modern Classics.Fifteen-year-old Alex doesn't just like ultra-violence - he also enjoys rape, drugs and Beethoven's ninth. He and his gang of droogs rampage through a dystopian future, hunting for terrible thrills. But when Alex finds himself at the mercy of the state and subject to the ministrations of Dr Brodsky, and the mind-altering treatment of the Ludovico Technique, he discovers that fun is no longer the order of the day. The basis for Stanley Kubrick's notorious 1971 film, A Clockwork Orange is both a virtuoso performance from an electrifying prose stylist and a serious exploration of the morality of free will.In his introduction, Blake Morrison situates A Clockwork Orange within the context of Anthony Burgess's many other works, explores the author's unhappiness with the Stanley Kubrick film version, analyses the composition of the Nadsat argot spoken by Alex and his droogs, and examines the influences on Burgess's unique, eternally original style.Anthony Burgess (1917-93) was born in Manchester in 1917. From 1954 to 1960 he was stationed in Malaysia as an education officer - during this time he started writing The Malayan Trilogy. Diagnosed with an inoperable brain tumour in 1959, Burgess became a full-time writer and went on to write a book a year up until his death in 1993. His many works include: The Complete Enderby, Tremor of Intent, The Kingdom of the Wicked and A Clockwork Orange. If you enjoyed A Clockwork Orange, you might like Ken Kesey's One Flew Over the Cuckoo's Nest, also available in Penguin Modern Classics.'I do not know of any other writer who has done as much with language ... a very funny book'William S. Burroughs