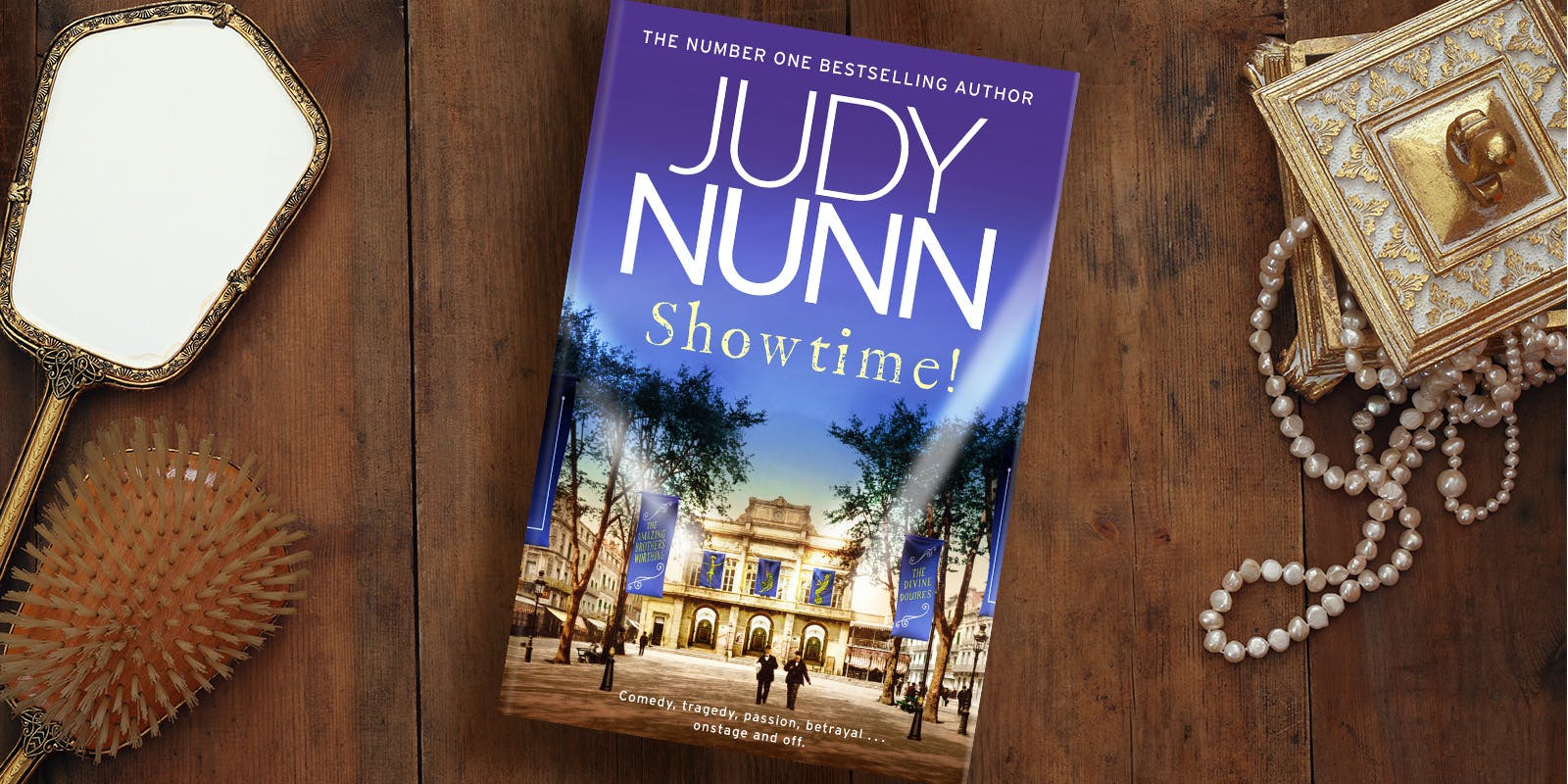 With a long, illustrious and multifaceted show business career spanning theatre, radio plays and television to draw from, Showtime! sees Judy Nunn's two great loves (showbiz and storytelling) combine. It also marks an important milestone for the bestselling author – 30 years as a novelist. Her first book, The Glitter Game, was published in November 1991.

'Funnily enough there was a particularly enjoyable aspect to the writing of this novel given my theatrical background. It wasn’t the fact that research was any easier though, because the period runs from around 1880s to the end of WW1, when surprisingly enough I was not alive. Rather it was the very recognisable fact that the essence of show business, of actors and performers in general, and the attitude that prevails in the theatre really hasn’t changed all that much,' said Judy.

Use the questions below to get the conversation flowing at your next book club gathering.

Judy Nunn’s latest bestselling novel will take you from the cotton mills of England to the magnificent theatres of Melbourne, on a scintillating journey through the golden age of Australian showbusiness.