This gripping and compassionate family drama set between neighbours in suburban New York is perfect for book clubs.

When Kate Gleeson and Peter Stanhope are in eighth grade (13-14), a violent event divides their families. The children are forbidden from having any further contact, but Kate and Peter find a way back to each other. Ask Again, Yes reveals how echoes from the past test relationships and how the events of childhood look different when reexamined from the distance of adulthood. 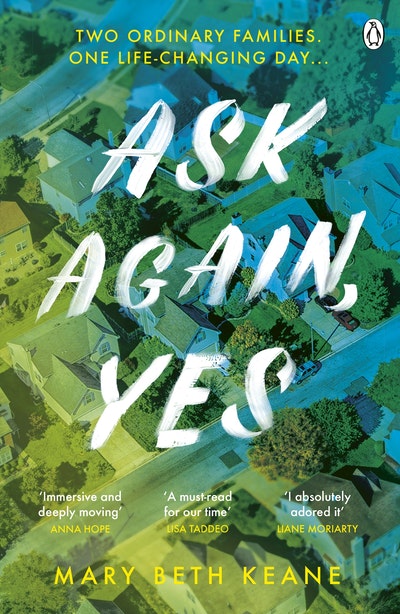