The Reasons I Won't Be Coming, a collection of stories, was a bestseller in the US where it was named a New York Times Book Review 'Editors' Choice' and received the Steele Rudd Award for the best Australian short story collection in its year of publication.

Perlman's second novel, Seven Types of Ambiguity, was a bestseller in France where it was described as 'one of the best novels of recent years, a complete success'(Le Monde). In Germany it was called a 'literary sensation' (Deutschlandradio), 'an impressive, iridescent all-encompassing view of feeling' (Der Spiegel), and described as having "the virtues of the great modern European novel' (Süddeutsche Zeitung). It was a bestseller in the United States where it was described as having 'traces of Dickens's range and of George Eliot's generous humanist spirit' (New York Times) and named a New York Times Book Review 'Editors' Choice', a New York Times Book Review 'Notable Book of the Year' and a Washington Post 'Editors' Choice' as well as one of its all-time dozen favourites 'on the pain of love'. In the UK it was described as 'a colossal achievement….a tour de force…(in which) at the end, in a comprehensive, an almost Shakespearian way, Perlman picks up every loose thread and knots it' (The Observer) and named a Sunday Telegraph 'Book of the Year'. In Australia it was shortlisted for the Miles Franklin Literary Award as well as for the Queensland Premier's Award for Fiction.

Perlman’s bestselling The Street Sweeper, ‘Excellent . . . harrowing, humane and brilliant’ (The Times (UK)) ‘[is] a towering achievement: a strikingly modern literary novel.’ (Entertainment Weekly (US)) ‘. . . an epic tale that spans decades and bridges generations while chronicling the predominant chapters of racial persecution perpetrated in the darkest hours of the twentieth century . . . [wherein Perlman] shines a fresh light on the struggle of the American civil rights movement . . . The narrative pull is breathtaking [as he] pulls off the supreme feat of articulating the unspeakable . . . This stunning novel works and matters, because of the expert way Perlman has recorded both the agonized howl of the past and the plaintive echoes of the present’ (San Francisco Chronicle) in ‘[a] wonderfully rich, engaging and multilayered story . . . [from] an author of rare erudition and compassion.’ (The Washington Post) ‘[Perlman] brilliantly makes personal both the Holocaust and the civil rights movement, and crafts a moving and literate page-turner.’ (Publishers Weekly (starred review)) ‘[Here] Perlman burnishes his reputation as a masterful storyteller who captures the cadences of consciousness and conversation and the varieties and vagaries of cruelty, courage and compassion . . . You will, in all likelihood, find it unforgettable.’ (Jerusalem Post)

Elliot Perlman’s first novel for children, The Adventures of Catvinkle, ‘[is] an instant children’s classic, that you enjoy as much as the little ones you know, and that you start giving as a gift because of its inherent, feel-good message.’ (Sunday Age) ‘[A] charming and whimsical tale . . . [replete with] gentle lessons . . . about empathy, bravery and friendship . . . [a] simply a delightful and easy-to-read story with laugh-out-loud dialogue that doesn’t talk down to its readers.’ (Books+Publishing) ‘ . . . exactly the sort of book I loved being given as a child, a book you can cherish,’ (Sydney Morning Herald) ‘[where] themes of social inclusion, anti-racism and anti-bullying are treated gently in this delightful, easy-to-read story . . . [and t]here are many quirky, humorous moments . . .’ (Magpies)‘A gorgeous book guaranteed to give great joy.’ (Better Reading) The Adventures of Catvinkle was a Children’s Book Council of Australia Notable Book 2019, and was shortlisted for the 2019 Children’s Peace Literature Award.

Perlman’s Maybe the Horse Will Talk ‘[is a] thriller-like, stylish, compelling novel [that] manages at once to limn injustices wrought by corporate acquisitiveness, misogyny and discrimination, and to affirm the transformative capacity of empathy. And while there is a deep and steady seriousness . . . it is also funny as well as exhilarating and humane, pitching longing, love and kindness hopefully and inspiringly against violence.’ (Weekend Australian) ‘[A] timely look at sexual harassment and corporate corruption that manages to be laugh-out-loud funny’ (Sydney Morning Herald) where ‘[t]he novelist’s mastery of the sentence is on full display in the rapid-fire dialogue between his characters . . . If Maybe the Horse will Talk stands apart in Perlman’s oeuvre for its intention to make readers smile, it continues the author’s interest in addressing social concerns through fiction.’ (The Saturday Age)

Elliot Perlman is the recipient of the Queensland Premier’s award for Advancing Public Debate and has been described by the Times Literary Supplement (UK) as ‘Australia’s outstanding social novelist’, by Le Nouvelle Observateur (France) as the ‘Zola d’Australie’ and by Lire (France) as ‘the classic of tomorrow’, one of the ‘50 most important writers in the world’.

Catvinkle and the Missing Tulips, a novel for children and a sequel to The Adventures of Catvinkle, is scheduled for publication in October 2020. 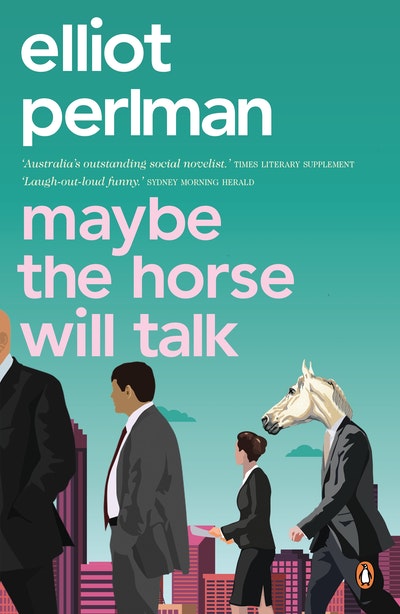 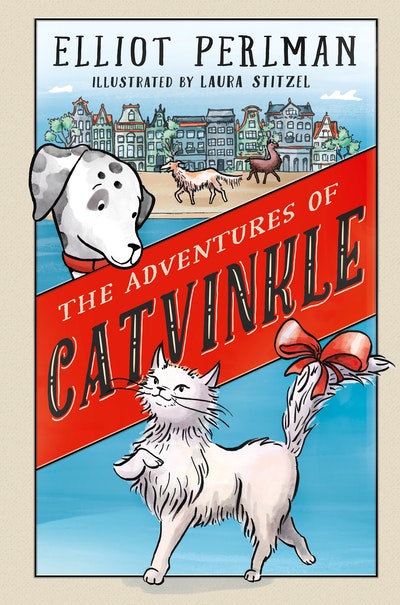 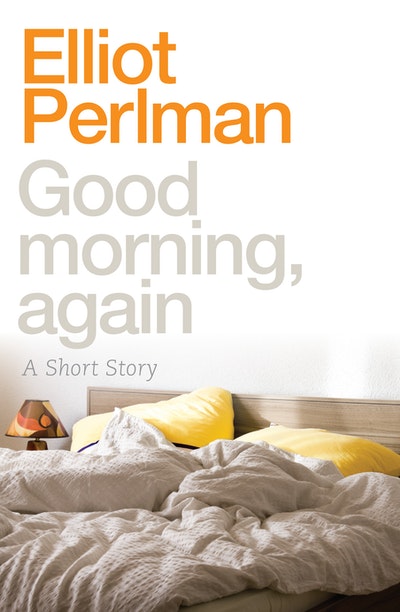 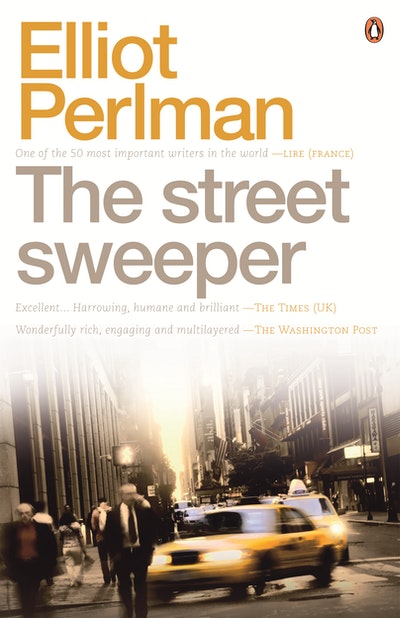 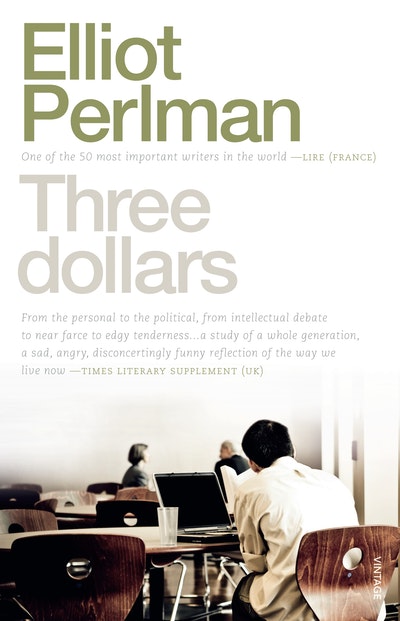 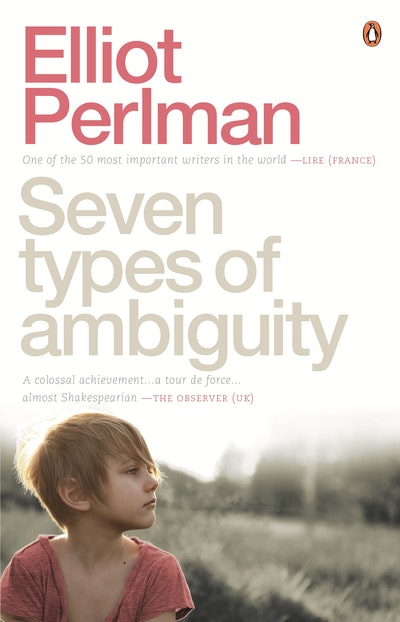 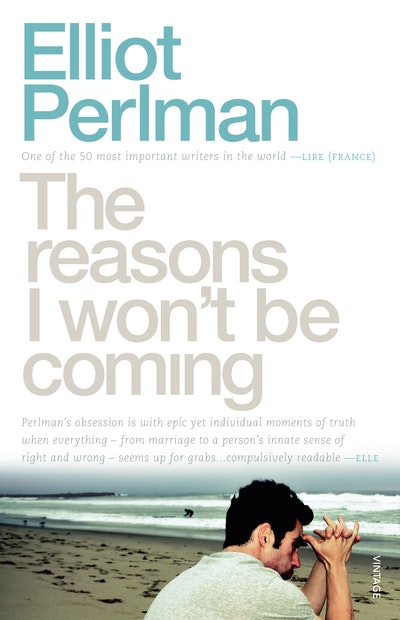 The Reasons I Won't Be Coming
Elliot Perlman

The Maybe the Horse Will Talk author reflects on the socio-political conflicts at the heart of the novel.

Celebrating the launch of book two, Catvinkle and the Missing Tulips.

Put yourself in someone else's shoes (or fur)