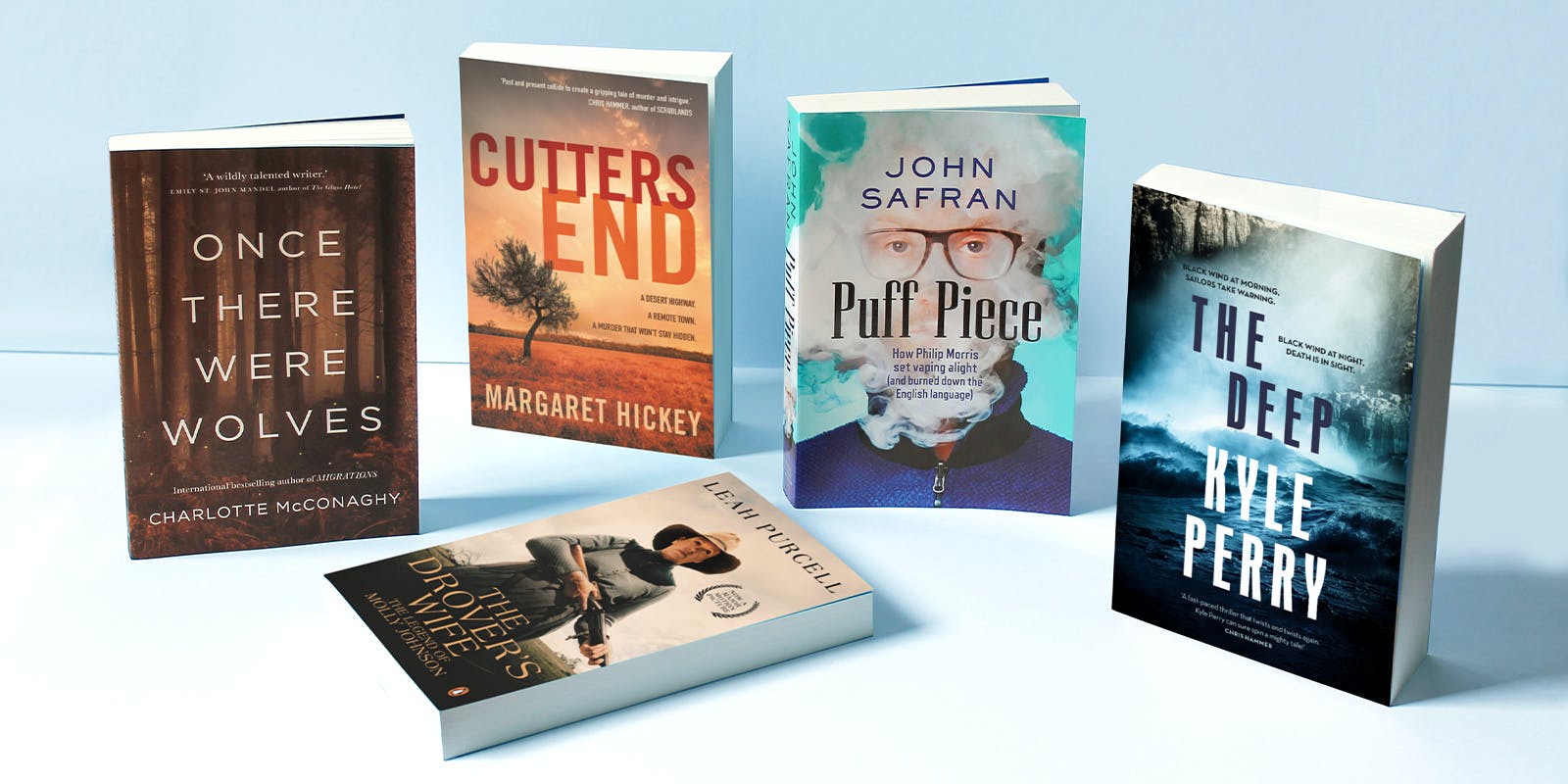 These are five of the books by Aussie authors that people have been raving about this year. How many have you read?

From John Safran’s hilarious and thought-provoking probe into Big Tobacco and the vaping industry to a fast-paced and twisty thriller from Kyle Perry, these books are not ones to be missed.

Australian writer and filmmaker John Safran has investigated how words used by Big Tobacco and the vaping industry can be a matter of life and death.

With cigarettes increasingly out of favour, Safran has looked at what on God’s green earth is going on with the plan of the folks that bring you Marlboro — Philip Morris.

Philip Morris has announced they will shut down as a cigarette company and relaunch as a health enterprise that is dedicated to convincing the one billion smokers of the world to quit.

As Safran begins to dig away he discovers a company up to brand new shenanigans, wrangling their way into unexpected places, desperately trying to keep their tobacco business alive.

The Deep by Kyle Perry

From the bestselling breakout author of The Bluffs comes a heart-stopping new thriller set on the rugged coast of Tasmania.

The Dempsey family have run a drug ring for generations, using the fishing industry as a cover. But everything is at risk after 13-year-old Forest Dempsey, who was presumed dead for the last seven years, walks out of the ocean bruised and branded.

A gripping thriller that explores family bonds, betrayal, and hidden dangers that lurk in the deep.

The Drover’s Wife by Leah Purcell

Set deep in the heart of Australia’s high country, The Drover’s Wife is an utterly authentic exploration of race, gender, violence and inheritance.

Molly Johnson’s family is left to fend for itself in the bush while her husband is away droving. One night she is visited by a black ‘story keeper’, Yadaka, who is on the run from authorities and exchanges kindness for shelter.

Both Molly and Yadaka know that justice in Australia is caught between two worlds and can be as brutal as its landscape.

In their short time together, Yadaka shows Molly a secret truth, and the strength to imagine a different path.

Purcell brings us a compelling thriller of our pioneering past that confronts head-on issues of today.

Cutters End is a scintillating crime thriller set in the South Australian outback.

It was New Year’s Eve in 1989 when Ingrid Mathers accepted a lift to the remote town of Cutters End. A body was then found burnt and broken in a scrub off the Stuart Highway.

Despite it being ruled an accidental death, many people are convinced it was murder.

Thirty-two years later, Detective Sergeant Mark Ariti makes the long journey to Cutters End where he soon learns this isn’t the only unsolved case that hangs over the town.

Propulsive and spellbinding, Once There Were Wolves is an unforgettable tale of a woman desperate to save the creatures she loves.

Inti Flynn arrives in Scotland with her twin sister, Aggie, to lead a team tasked with reintroducing 14 grey wolves into the remote Highlands.

She hopes to heal not only the dying landscape, but a broken Aggie, too.

Despite fierce opposition from the locals, Inti’s wolves surprise everyone by thriving, and she begins to let her guard down and open up to the possibility of love.

But when a local farmer is found dead, Inti knows where the town will lay blame. Unable to accept her wolves could be responsible, she makes a reckless decision to protect them.

But if her wolves didn’t make the kill, then who did? And what will she do when the man she’s been seeing becomes the main suspect?

From the bestselling breakout author of The Bluffs comes a heart-stopping new thriller set on the rugged coast of Tasmania about family bonds and betrayals, and the hidden dangers that lurk in the deep…