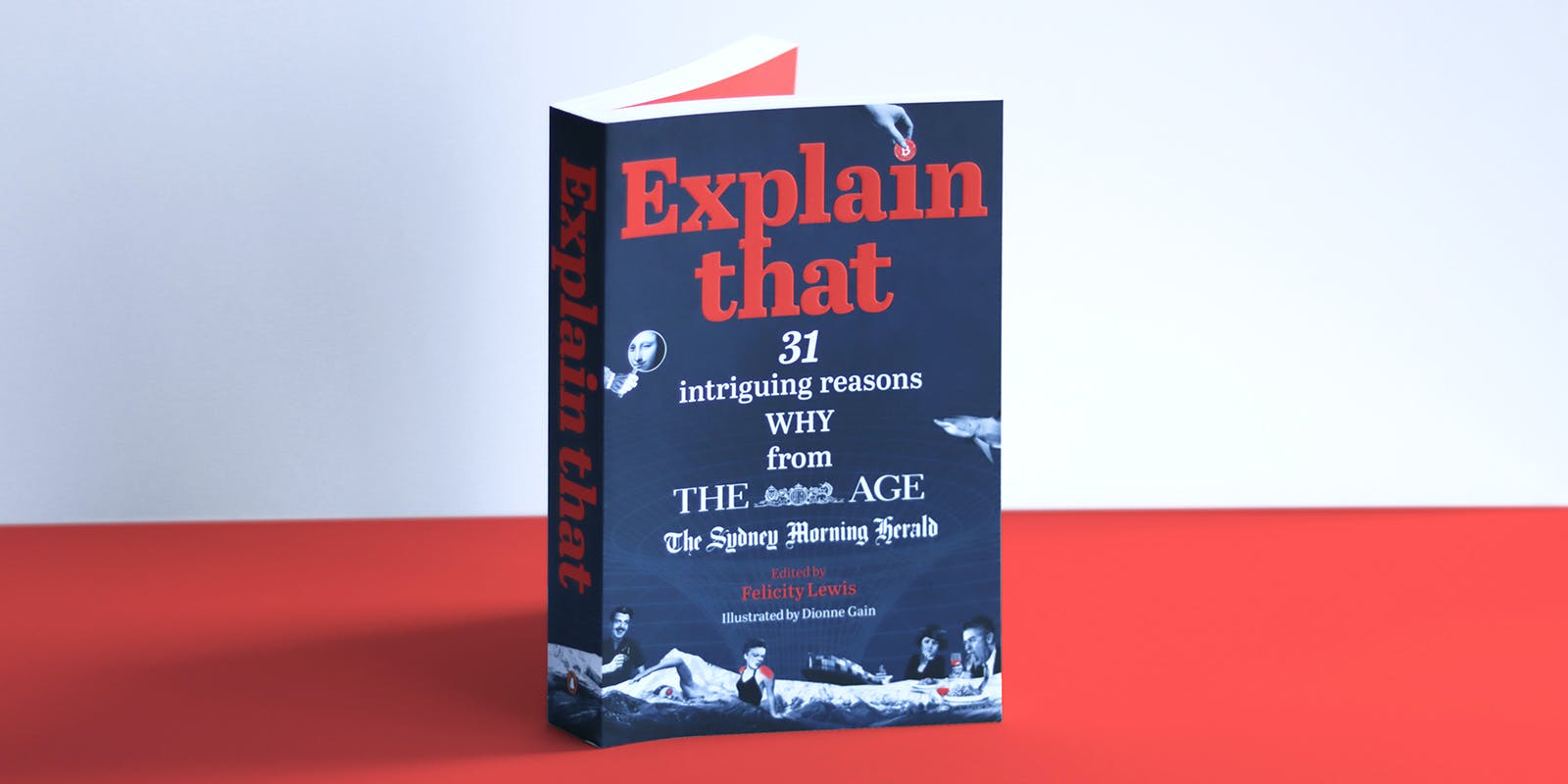 From whether love at first sight exists to what the point of table manners is, Explain That answers some of our burning age-old questions.

And after a long fascination with accents, senior culture writer at The Age and The Sydney Morning Herald, Karl Quinn, has delved into what is behind the Australian accent, and some of the biggest misconceptions about it.

‘I was a migrant kid who arrived in Australia when I was five or six and I very quickly developed an Australian accent,’ he said.

‘I grew up watching a lot of Benny Hill and The Two Ronnies, English comedy series in which accents and vocal patterns were always part of the repertoire, so as a kid I was very conscious of accents.’

Here Karl explains what makes the Australian accent unique and how it was even formed in the first place.

Where did it come from?

A lot of people think Australian English is basically Cockney when in fact the London, or East End of London, accent is just one of the components.

In early settlement, people came from all over the UK and the British Isles - Ireland, Scotland, Wales, Cornwall, the Midlands - and in the 1780s they would have had enormous difficulty understanding each other.

Britain at the time was not very mobile and people would grow up and live and work in the same place. They spoke regional dialects and had their own pronunciations, so someone from Cornwall would have had enormous difficulty understanding someone from Newcastle or the East End of London.

During the early years of settlement they had to make adjustments in order to understand each other and modify local expressions and accommodate each other’s way of speaking.

Over the course of that first wave of settlers and convicts, their kids made more of that accommodation and by the third generation you’ve got kids who are all sounding pretty much the same. This is what linguists call 'levelling'.

Around the 1820s we have the emergence of something like an Australian-English accent. It probably would have been more English than our accent now but it has continued to evolve.

What are some of the misconceptions about the Australian accent?

What makes the Australian accent unique?

There are a whole bunch of things. The accent uses a lot of vowel sounds, probably the largest number of vowel sounds in any version of English around the world. There’s also that duration in the Australian accent where we drag them out at the end of the word, for example, cry might sound like ‘cryyy’ and boy might sound like ‘boyyy’. That’s pretty unique to Australian English.

We also have a non-rhotic articulation —where the letter R is not pronounced unless it is followed by a vowel — so we don’t pronounce the R’s in the way they do in Scottish English or American English and we often drop the R at the end of a word like car. That’s a marker of Australian English.

The Australian accent also has very pronounced T’s at the beginning of words but then a flapping T in the middle of a word, so cattle sounds like ‘caddle’. While a number of these markers are not individually unique to Australian English, they are still distinctive of Australian English.

Where does some of the lingo like G'day and arvo come from?

I suspect it’s just a cultural thing where we tend to shorten or lengthen things for semi-comical purposes. It is a marker of the informality of the Australian accent.

In what ways do Australian accents differ?

You certainly know the difference when you hear them. Most Australians who live in the major urban centres tend to speak the general Australian English accent, which has all those markers such as softened middle T’s and softened pronunciation of the R at the end of the word.

If you then go to what’s known as the broad accent, there are much longer vowel sounds. This is what we think of as the stereotypical regional accent.

Will the accent continue to evolve in the future?

It is always evolving and it will definitely continue to evolve. It’s a living thing and it responds to environment and inputs and it is increasingly ingesting the speech and patterns of English speakers from the Indian subcontinent, the Middle East and Africa. Those patterns of speech will have, and already have had, an impact. The western Sydney accent is probably the most dynamic, and in some ways a perfect melting pot of influences.

We also can’t rule out media as a factor, and we certainly have mimicked and adopted American English and we will undoubtedly continue to do so.

Explain That is out now.

From the nation's most trusted news outlets comes an entertaining and authoritative look at the world around us.