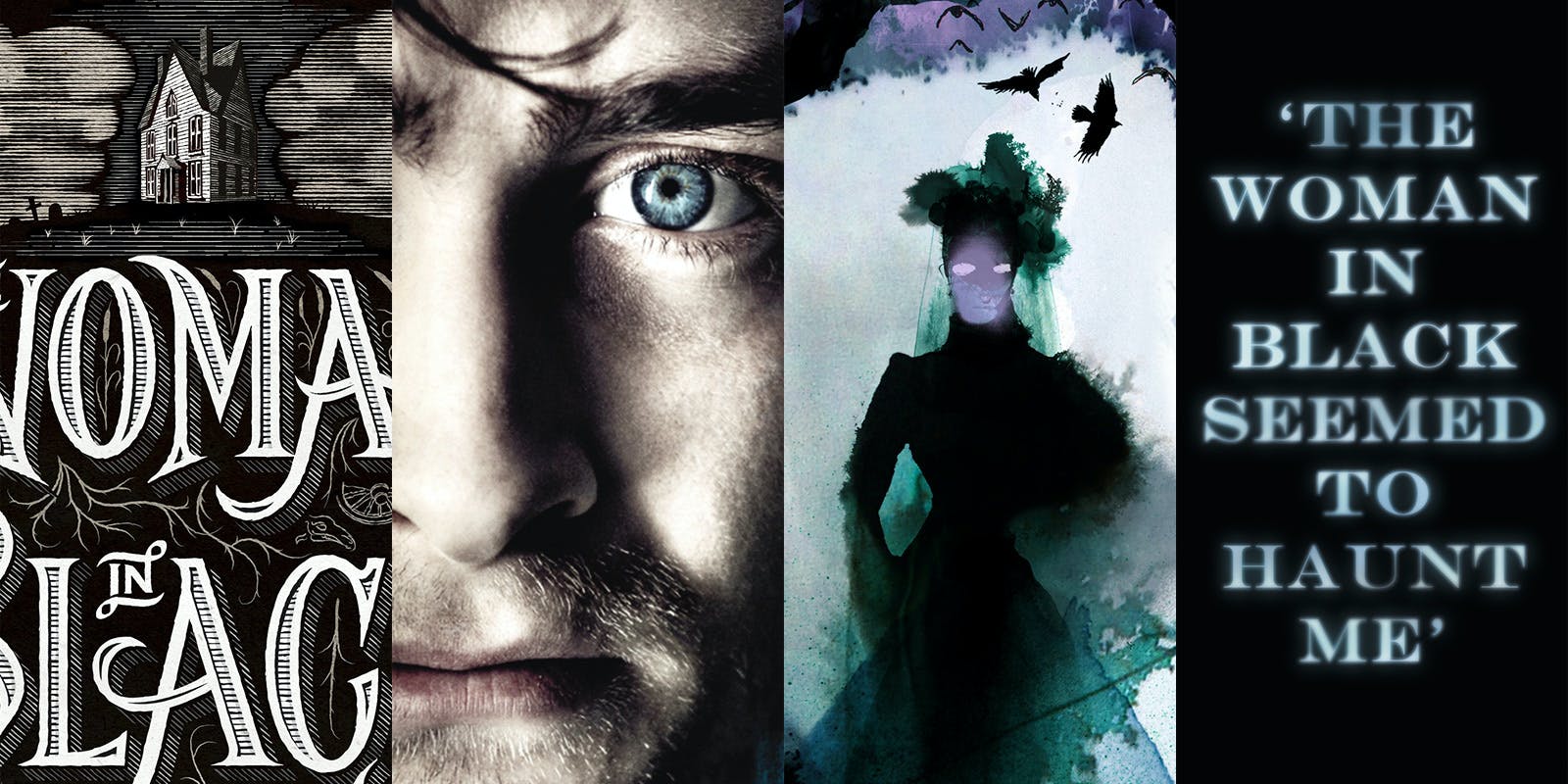 When is the last time you were truly scared? Not like, facing a global pandemic scared. We’re talking more about an irrational terror brought on by a book, story or film. A fear of the shadowy forces that occasionally go bump in the dead of night. Well, can you remember?

Susan Hill’s The Woman in Black is one of those rare, creeping, atmospheric slow-burners that raises the tiny heckles on your neck. The story begins when junior solicitor Arthur Kipps is summoned to attend the funeral of Mrs Alice Drablow, the sole inhabitant of the desolate Eel Marsh House. As the representative of the law firm entrusted to administer Mrs Drablow’s estate, Kipps is lumped with the task of sorting out paperwork and searching for Mrs Drablow’s will at her house. But when the high tide pens him in, and the fog thickens, what he finds – or rather what finds him – is something else entirely.

At 208 pages, the Vintage Classics edition of The Woman in Black packs a lot in a small package – a perfect 3-4 night haunting escape. But be warned, as Hill draws you further and further into the marshlands surrounding Eel Marsh House, don’t be tricked by her masterful pacing and evocation of childhood dread, or you might just linger too long. To celebrate Halloween 2020, here we offer a short extract: a glimpse through the fog into in this richly imagined realm.

As I neared the ruins, I could see clearly that they were indeed of some ancient chapel, perhaps monastic in origin, and all broken-down and crumbling, with some of the stones and rubble fallen, probably in recent gales, and lying about in the grass. The ground sloped a little down to the estuary shore and, as I passed under one of the old arches, I startled a bird, which rose up and away over my head with loudly beating wings and a harsh croaking cry that echoed all around the old walls and was taken up by another, some distance away. It was an ugly, satanic-looking thing, like some species of sea-vulture – if such a thing existed – and I could not suppress a shudder as its shadow passed over me, and I watched its ungainly flight away towards the sea with relief. Then I saw that the ground at my feet and the fallen stones between were a foul mess of droppings, and guessed that these birds must nest and roost in the walls above.

Otherwise, I rather liked this lonely spot, and thought how it would be on a warm evening at midsummer, when the breezes blew balmily from off the sea, across the tall grasses, and wild flowers of white and yellow and pink climbed and bloomed among the broken stones, the shadows lengthened gently, and June birds poured out their finest songs, with the faint lap and wash of water in the distance.

So musing, I emerged into a small burial ground. It was enclosed by the remains of a wall, and I stopped in astonishment at the sight. There were perhaps fifty old gravestones, most of them leaning over or completely fallen, covered in patches of greenish-yellow lichen and moss, scoured pale by the salt wind, and stained by years of driven rain. The mounds were grassy, and weed-covered, or else they had disappeared altogether, sunken and slipped down. No names or dates were now decipherable, and the whole place had a decayed and abandoned air.

Ahead, where the walls ended in a heap of dust and rubble, lay the grey water of the estuary. As I stood, wondering, the last light went from the sun, and the wind rose in a gust, and rustled through the grass. Above my head, that unpleasant, snake-necked bird came gliding back towards the ruins, and I saw that its beak was hooked around a fish that writhed and struggled helplessly. I watched the creature alight and, as I did so, it disturbed some of the stones, which toppled and fell out of sight somewhere.

Suddenly conscious of the cold and the extreme bleakness and eeriness of the spot and of the gathering dusk of the November afternoon, and not wanting my spirits to become so depressed that I might begin to be affected by all sorts of morbid fancies, I was about to leave, and walk briskly back to the house, where I intended to switch on a good many lights and even light a small fire if it were possible, before beginning my preliminary work on Mrs Drablow’s papers. But, as I turned away, I glanced once again round the burial ground and then I saw again the woman with the wasted face, who had been at Mrs Drablow’s funeral. She was at the far end of the plot, close to one of the few upright headstones, and she wore the same clothing and bonnet, but it seemed to have slipped back so that I could make out her face a little more clearly.

In the greyness of the fading light, it had the sheen and pallor not of flesh so much as of bone itself. Earlier, when I had looked at her, although admittedly it had been scarcely more than a swift glance each time, I had not noticed any particular expression on her ravaged face, but then I had, after all, been entirely taken with the look of extreme illness. Now, however, as I stared at her, stared until my eyes ached in their sockets, stared in surprise and bewilderment at her presence, now I saw that her face did wear an expression. It was one of what I can only describe – and the words seem hopelessly inadequate to express what I saw – as a desperate, yearning malevolence; it was as though she were searching for something she wanted, needed – must have, more than life itself, and which had been taken from her. And, towards whoever had taken it she directed the purest evil and hatred and loathing, with all the force that was available to her. Her face, in its extreme pallor, her eyes, sunken but unnaturally bright, were burning with the concentration of passionate emotion which was within her and which streamed from her. Whether or not this hatred and malevolence was directed towards me I had no means of telling – I had no reason at all to suppose that it could possibly have been, but at that moment I was far from able to base my reactions upon reason and logic. For the combination of the peculiar, isolated place and the sudden appearance of the woman and the dreadfulness of her expression began to fill me with fear. Indeed, I had never in my life been so possessed by it, never known my knees to tremble and my flesh to creep, and then to turn cold as stone, never known my heart to give a great lurch, as if it would almost leap up into my dry mouth and then begin pounding in my chest like a hammer on an anvil, never known myself gripped and held fast by such dread and horror and apprehension of evil. It was as though I had become paralysed. I could not bear to stay there, for fear, but nor had I any strength left in my body to turn and run away, and I was as certain as I had ever been of anything that, at any second, I would drop dead on that wretched patch of ground.

It was the woman who moved. She slipped behind the gravestone and, keeping close to the shadow of the wall, went through one of the broken gaps and out of sight.

The very second that she had gone, my nerve and the power of speech and movement, my very sense of life itself, came flooding back through me, my head cleared and, all at once, I was angry, yes, angry, with her for the emotion she had aroused in me, for causing me to experience such fear, and the anger led at once to determination, to follow her and stop her, and then to ask some questions and receive proper replies, to get to the bottom of it all.

I ran quickly and lightly over the short stretch of rough grass between the graves towards the gap in the wall, and came out almost on the edge of the estuary. At my feet, the grass gave way within a yard or two to sand, then shallow water. All around me the marshes and the flat salt dunes stretched away until they merged with the rising tide. I could see for miles. There was no sign at all of the woman in black, nor any place in which she could have concealed herself.

Who she was – or what – and how she had vanished, such questions I did not ask myself. I tried not to think about the matter at all but, with the very last of the energy that I could already feel draining out of me rapidly, I turned and began to run, to flee from the graveyard and the ruins and to put the woman at as great a distance behind as I possibly could. I concentrated everything upon my running, hearing only the thud of my own body on the grass, the escape of my own breath. And I did not look back. 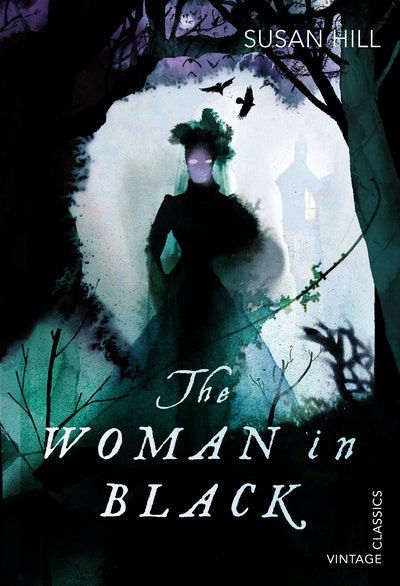 The Woman in Black Susan Hill