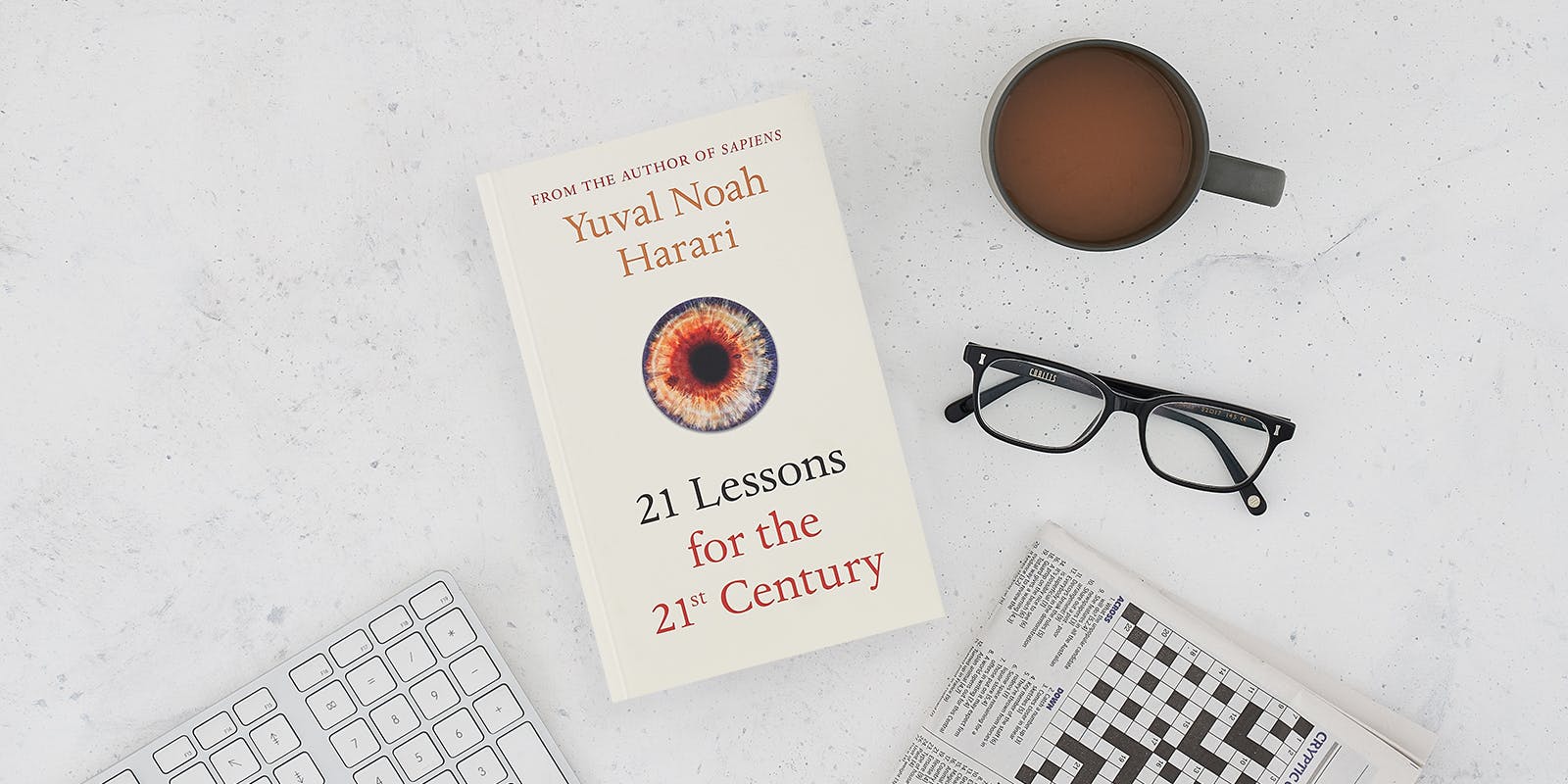 Sapiens showed us where we came from, Homo Deus looked to the future, and now Yuval Noah Harari’s 21 Lessons for the 21st Century explores the urgent issues of today. In twenty-one bite-sized lessons, he asks what it means to be human in an age of bewilderment, and whether we’re even capable of understanding the world we’ve created. From disillusionment to religion, immigration to science fiction, terrorism to meditation to meaning – by untangling the fundamental questions of our times, Harari creates entry points for each of us to join our most important global conversations.

In the lesson titled ‘Education’, Harari questions what and how we should be teaching our children so they can thrive, and lead, in the world of the not-too-distant future. In the passage below, he outlines the importance of rethinking education to help us navigate current crises so we can create future stories.

Humankind is facing unprecedented revolutions, all our old stories are crumbling, and no new story has so far emerged to replace them. How can we prepare ourselves and our children for a world of such unprecedented transformations and radical uncertainties? A baby born today will be thirty-something in 2050. If all goes well, that baby will still be around in 2100, and might even be an active citizen of the twenty-second century. What should we teach that baby that will help him or her survive and flourish in the world of 2050 or of the twenty-second century? What kind of skills will he or she need in order to get a job, understand what is happening around them, and navigate the maze of life?

Unfortunately, since nobody knows how the world will look in 2050 – not to mention 2100 – we don’t know the answer to these questions. Of course, humans could never predict the future with accuracy. But today it is more difficult than ever before, because once technology enables us to engineer bodies, brains and minds, we can no longer be certain about anything – including things that previously seemed fixed and eternal.

A thousand years ago, in 1018, there were many things people didn’t know about the future, but they were nevertheless convinced that the basic features of human society were not going to change. If you lived in China in 1018, you knew that by 1050 the Song Empire might collapse, the Khitans might invade from the north, and plagues might kill millions. However, it was clear to you that even in 1050 most people would still work as farmers and weavers, rulers would still rely on humans to staff their armies and bureaucracies, men would still dominate women, life expectancy would still be about forty, and the human body would be exactly the same. Hence in 1018, poor Chinese parents taught their children how to plant rice or weave silk, and wealthier parents taught their boys how to read the Confucian classics, write calligraphy, or fight on horseback – and taught their girls to be modest and obedient housewives. It was obvious these skills would still be needed in 1050.

In contrast, today we have no idea how China or the rest of the world will look in 2050. We don’t know what people will do for a living, we don’t know how armies or bureaucracies will function, and we don’t know what gender relations will be like. Some people will probably live much longer than today, and the human body itself might undergo an unprecedented revolution thanks to bioengineering and direct brain–computer interfaces. Much of what kids learn today will likely be irrelevant by 2050.

At present, too many schools focus on cramming information. In the past this made sense, because information was scarce, and even the slow trickle of existing information was repeatedly blocked by censorship. If you lived, say, in a small provincial town in Mexico in 1800, it was difficult for you to know much about the wider world. There was no radio, television, daily newspapers or public libraries. Even if you were literate and had access to a private library, there was not much to read other than novels and religious tracts. The Spanish Empire heavily censored all texts printed locally, and allowed only a dribble of vetted publications to be imported from outside. Much the same was true if you lived in some provincial town in Russia, India, Turkey or China. When modern schools came along, teaching every child to read and write and imparting the basic facts of geography, history and biology, they represented an immense improvement.

In contrast, in the twenty-first century we are flooded by enormous amounts of information, and even the censors don’t try to block it. Instead, they are busy spreading misinformation or distracting us with irrelevancies. If you live in some provincial Mexican town and you have a smartphone, you can spend many lifetimes just reading Wikipedia, watching TED talks, and taking free online courses. No government can hope to conceal all the information it doesn’t like. On the other hand, it is alarmingly easy to inundate the public with conflicting reports and red herrings. People all over the world are but a click away from the latest accounts of the bombardment of Aleppo or of melting ice caps in the Arctic, but there are so many contradictory accounts that it is hard to know what to believe. Besides, countless other things are just a click away, making it difficult to focus, and when politics or science look too complicated it is tempting to switch to some funny cat videos, celebrity gossip, or porn.

In such a world, the last thing a teacher needs to give her pupils is more information. They already have far too much of it. Instead, people need the ability to make sense of information, to tell the difference between what is important and what is unimportant, and above all to combine many bits of information into a broad picture of the world.

In truth, this has been the ideal of Western liberal education for centuries, but up till now even many Western schools have been rather slack in fulfilling it. Teachers allowed themselves to focus on shoving data while encouraging pupils ‘to think for themselves’. Due to their fear of authoritarianism, liberal schools had a particular horror of grand narratives. They assumed that as long as we give students lots of data and a modicum of freedom, the students will create their own picture of the world, and even if this generation fails to synthesise all the data into a coherent and meaningful story of the world, there will be plenty of time to construct a good synthesis in the future. We have now run out of time. The decisions we will take in the next few decades will shape the future of life itself, and we can take these decisions based only on our present world view. If this generation lacks a comprehensive view of the cosmos, the future of life will be decided at random.

The bestselling phenomenon returns with 21 bite-sized lessons to help us understand our troubled times.