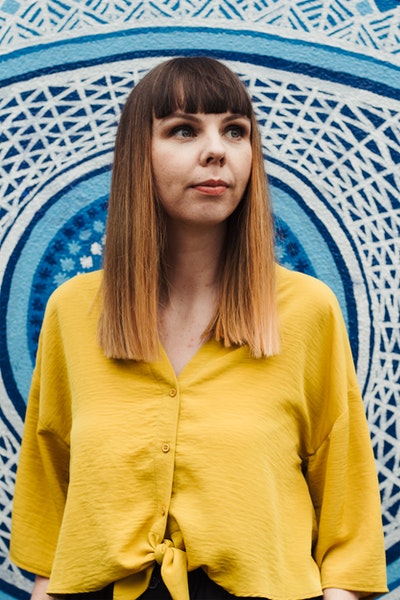 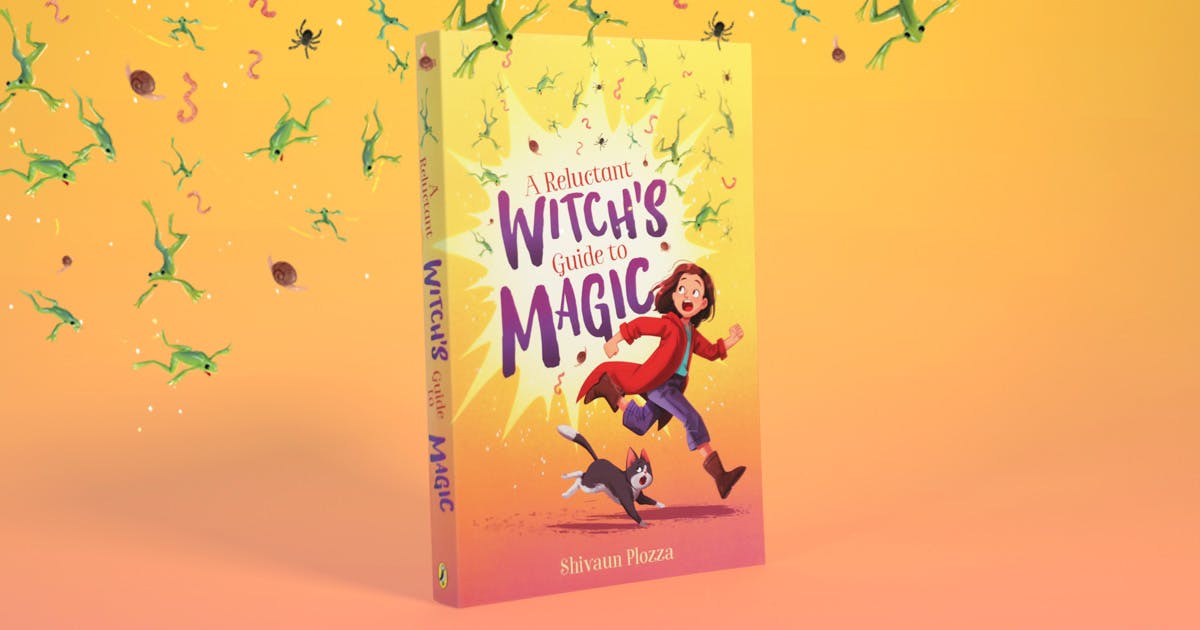 Willa’s world has a complex and wonderful magic system. How did you come up with it?

The two witch covens are at war, so I decided their magic systems should be ‘opposites’. I based one on speech and one on dancing. I wanted the magic to be fun! Thematically, it was vital for it to be something wild, something that resisted being tamed, which gave me a lot of licence to have fun with it and create as much chaos as possible. I also wanted to explore a main character who’s not very good at magic and who doesn’t see having it as a blessing — in fact she hates it. Which is why I decided to make the stakes so high: if she doesn’t master her unwanted magic, she’ll explode!

Friendship is at the heart of A Reluctant Witch’s Guide to Magic. What do you see as the key relationships?

At the centre of the story is the growing friendship between the three children: Willa, Gish and Marceline. Willa doesn’t trust easily and has talked herself into believing friends are nothing but a distraction. But as she’s drawn into a rogue witch’s treacherous schemes, she soon realises what a blessing it is to have loyal friends by her side.

There’s a rich history of alternate worlds in middle-reader fiction. What are your favourites and what influenced you in creating Willa and her world?

As a reader I’ve always loved second-world fantasy the most so it’s no surprise I’m drawn to writing in that space. My absolute favourite is Cello in Jaclyn Moriarty’s sublime Colours of Madeleine series — truly inventive and compelling worldbuilding. For this book it was a matter of letting the worldbuilding unravel from a simple premise: two witch clans at war and the beleaguered non-magical people who bear the brunt of their magical destruction.

Which is your favourite fantasy animal or familiar and why do you love including them in your books?

There’s something so pure about the relationship between animals and humans, something magical and honest and tender. People connect with animals in a way that feels freer, maybe because we know they won’t judge us. Plus animals are fun to write — the way they express their personalities is so entertaining to me. And in a book about magic, where magic is something that doesn’t come easily and in many ways represents restriction and expectation, it was fun to reimagine what a familiar could be. In this case it’s a stubborn, enigmatic, one-eyed cat called Talon. Kate DiCamillo does wonderful animal characters, like Winn-Dixie (Because of Winn-Dixie) and Ulysses (Flora and Ulysses).

Who is your favourite character in the story and who was the most fun to write?

My favourite character is Marceline, a twelve-year-old librarian who dreams of going on dangerous adventures. But the most fun ‘character’ to write was actually a book called The Long and Thoroughly Ordinary Tales of Pearl B. Purcep, an Explorer of Little Note. It was hit with a curse that makes it cause mischief so it has become this cheeky antagonist that can fly and cast spells and cause all kinds of trouble for Willa. It was fun trying to work out how to give a book a personality.

The tone of this book is different to the much-loved The Boy, the Wolf and the Stars. Do you feel there are themes and interests shared by the two books?

Overall, A Reluctant Witch’s Guide to Magic has a lighter, more playful tone, but at its heart it shares a lot with The Boy, the Wolf and the Stars. Both books centre on the importance of friendships, being true to yourself and fighting for what’s right, and both main characters fight against outside forces trying to manipulate them. Both Willa and Bo are on paths to self-discovery that involve breaking free of others’ expectations, as well as the expectations they’ve placed on themselves.

What are your top 5 junior fantasy ‘must reads’?

It changes all the time but at the moment it’s: Howl’s Moving Castle by Diana Wynne Jones, the Kingdoms and Empires series by Jaclyn Moriarty, the Tristan Strong series by Kwame Mbalia, Maya and the Rising Dark by Rena Barron and, if I’m allowed to be a bit cheeky, The Boy, the Wolf and the Stars by me!

Kiki from Kiki's Delivery Service meets Cressida Cowell in this funny, quirky middle-grade fantasy about Willa, who must unravel a witchy mystery to save her city, her friends and herself.

On facing our fears

Award-winning YA author Shivaun Plozza shares the inspiration behind her latest book, The Boy, The Wolf and the Stars.