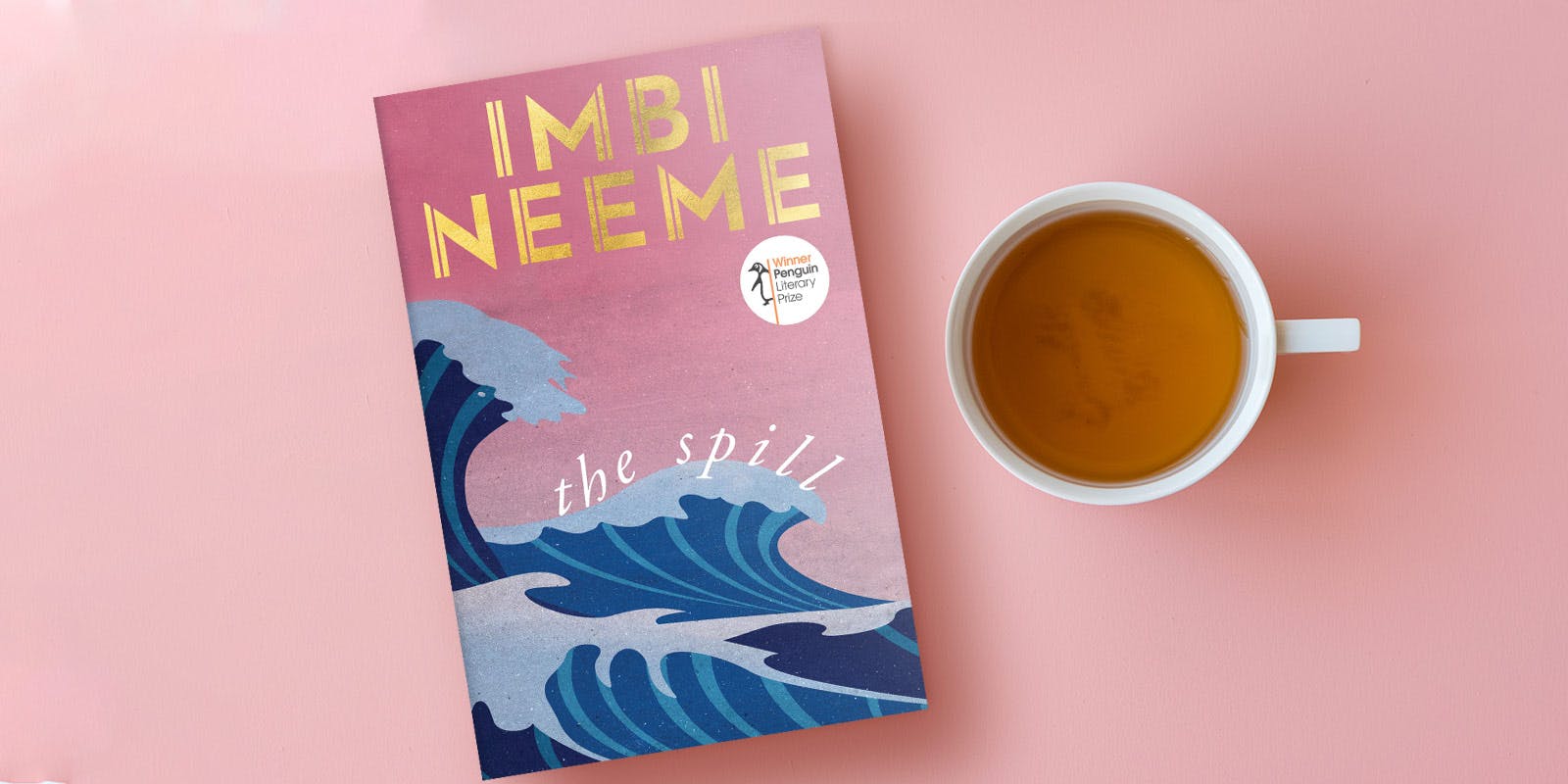 Please tell us about the inspiration behind The Spill?
I was in a car accident with my mother and sister when I was ten and, even though nobody was particularly hurt, I can still feel the impact of that accident to this very day. It fundamentally changed me and the way I experience the world and has made me fascinated with those moments – large and small – upon which an entire life can turn. So I decided to take that accident, put two fictious sisters and their mother in the car, and then began to imagine other turning points in each of their lives.

How did you approach the writing process?
I had this idea of starting the book immediately after the accident and ending it with the time just before the accident, with the accident itself as the book’s midpoint. So, if you think about the book like a club sandwich, those three chapters were the three layers of bread.

I then wanted to have a ‘present-day’ narrative – this was the meat of the story – punctuated with chapters from the past (the lettuce, tomato and mayo) that slowly built up a picture (or sandwich) of how the car accident impacted the two sisters involved. (You may be pleased to know that the club sandwich metaphor ends here.)

The biggest challenge was the placement of the chapters set in the past. Memory, to me, is not a linear thing – my own memory is this huge jumble of separate experiences that I only occasionally connect together. So I decided to treat the whole book like a jigsaw puzzle, where the reader is given one piece at a time from different parts of the puzzle, that they slowly fit together to form the larger picture. To manage this, I had to create a spreadsheet so I could sort the chapters both chronologically and in the order in which they appeared in the novel, as well as track the age of the main characters and where they were living at the time. Without that spreadsheet, there was no way I could have kept all that information in my head and still functioned as a human being.

What led you to the Penguin Literary Prize?
I had been throwing my first two manuscripts at anything that moved, but they weren’t sticking anywhere – at least, not for long. The first year the prize ran, I had hoped to enter my second manuscript, but found out it was ineligible as it was already with another publisher. And so the entire time I was writing The Spill, I always had this idea that I would enter it into the 2019 prize if it was ready.

Describe the moment you found out you’d won.
I was at home on a Sunday, idly checking my email while my stepdaughter explained the plot of The Shining, I had no expectations of there being anything exciting in my inbox and so it took me a few moments to realise that the email from Meredith Curnow was the email I’d been waiting for. ‘How do you feel about being the winner of the Penguin Literary Prize?’ Meredith’s email began, rather coyly. I gasped so loudly that my stepdaughter thought she’d spoiled The Shining for me. For the record, my response to Meredith’s question was ‘I feel really, really good about it, Meredith!!!’. And that’s still my response to this day.

What happened next?
I flew to Adelaide on 17 March 2019 to receive the prize at the Leading Edge Books Conference. I thought I would just stand on a stage and smile, but as we walked into the event, Meredith casually asked me if I would like to say a few words. I was going to decline, but when I saw all the booksellers in the room, I thought ‘This is where it begins. This is when I become a capital A Author.’ So I stood up at the lectern and babbled incoherently for a few moments and then ended my speech by waving cheerfully to the crowd. ‘It’s nice to meet you all!’ I exclaimed in a voice that was two octaves higher than is normally recommended by doctors. So much for capital A Author! My kids still tease me about it all the time. 'Nice to meet you all!' they say in their best falsettos.

How did you find the experience working with a professional editor?
I loved it. It’s so deeply flattering to have someone engage with your work so deeply. I often describe working with my editor, Genevieve Buzo, as being like a masterclass in my own writing. I’ve learned so much from the process, including the fact that I like to make my characters sigh and look downwards, while harbouring tight feelings in their chests.

What’s something you’ve learnt through the publishing process?
I’ve learnt that being accepted for publication is not a point of arrival – it’s the start of a whole new journey. Of course, if you want to get published, you should make your manuscript as good as you can possibly get it before you start submitting it to prizes and publishers. However, you should also know that there’s going to be a lot of work on the other side of being accepted. The good news is that your manuscript is going to be so much better for it.

Any advice that resonated on your pathway to publication?
My friend and fellow writer, Jane Rawson, once told me that experiencing rejection was an important part of the pathway as it prepares you for being published. When she said that, I didn’t quite appreciate how much putting a book out is like exposing your heart to the world. These days, I feel like I’m just one big walking wound. So while I would have loved to have had my first manuscript published (and it came very close at one point), I’m now glad it wasn’t. Otherwise, I wouldn’t have developed these emotional calluses and would be a complete jabbering mess right now (she says, sighing, looking at her feet, with a tight feeling in her chest).

Anything you’d do differently next time?
After the first draft, I decided to change the present-day chapters from the third person to the first person. I thought I was being clever and did it through an elaborate series of ‘Search and Replace’ functions. But this proved to be a big mistake as we were still picking up incorrect pronouns at the final proofing stage. If this ever happens again, I’m going to retype the chapter from scratch, even if I have to do it with one finger. Anything to avoid being haunted forever by the ghosts of pronouns past.

What next?
I’ve got two other manuscripts to brush off – one is about two strangers who exchange notes with each other through a hidden drawer in a café table, and the other is loosely based on the true story of the Fish Man of Toolondo, a man who was found dead on a rural property in western Victoria, wearing a homemade fish suit.

I’m also itching to write a fourth manuscript which I can only describe as being ‘something about postcards’.

We’re thrilled to announce that the 2021 Penguin Random House Australia (PRHA) Write It Fellowship is open for submissions.