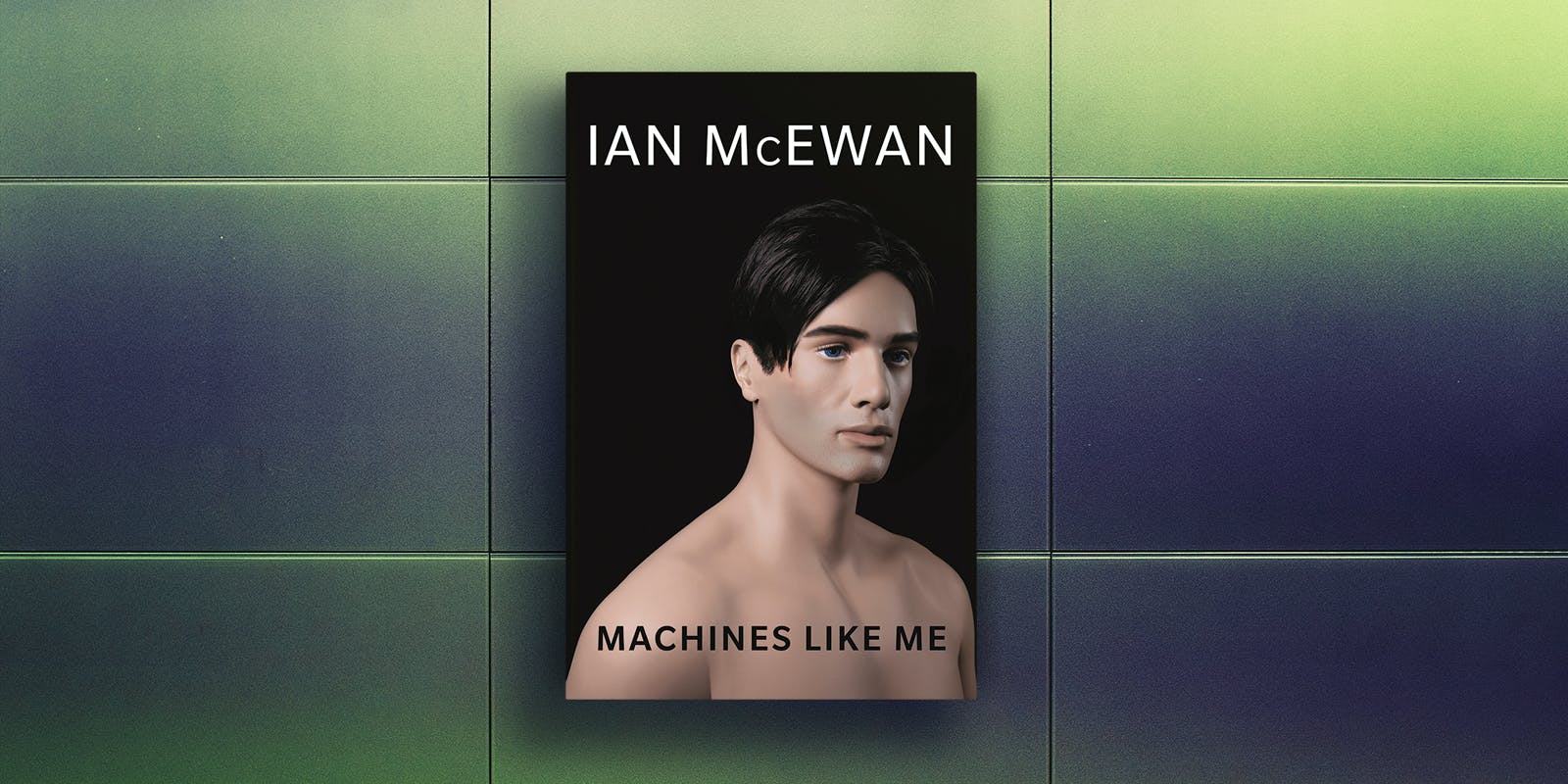 The acclaimed author answers our questions about his novel Machines Like Me.

The figure of Alan Turing is central to the novel – his survival ushers in the internet age at a much earlier date, and leads to the rise of AI. Do you think that his influence on our own world is underestimated?
No, I think he’s received his magnificent due. As the digital age has reached into every corner of our lives, we look back at the theoretical work Turing did in the 1930s and have grasped how insightful and far-reaching it was. Then, of course, his work at Bletchley has earned him another kind of renown. Some think that he did more than any individual to shorten the war – perhaps shortening it by two years. That’s a large claim, unverifiable of course. Finally, Turing as a gay man, suffering under the laws of the early 1950s, and his suicide in 1954 have brought him fame or martyrdom that no one would want. The state that owed him so much drove him to his early death.

Would you have preferred the 1980s to have been as you imagine it in the book?
There were many people at that time who wouldn’t have minded Tony Benn being blown up in his bed. I’m not one of them. The Falklands War was a great tragedy, barely remembered now, even as a victory. But it did lead to the collapse of a vicious fascist state in Argentina. My aim in the book was to make the 80s different rather than better or worse. The present always feels so inevitable, but we know, in our hearts, how contingent it is, how easily it could be otherwise.

In the novel, the narrator Charlie and his neighbour and lover Miranda are both involved in the creation of the AI Adam’s personality, and he then takes on a life of his own. Would you draw a parallel between this act of creation and the way you create the characters in your fiction?
Characters in fiction evolve. In a loop, that’s hard to describe, they both drive the course of events and are shaped by them. They sometimes surprise their creator. In Machines Like Me, the narrator box-ticks his way through to the creation of Adam’s personality. Later he learns that Adam comes with all sorts of pre-dispositions, and also wired-in machine learning – experience that will guide and shape him. Parents often fool themselves that they mould the personalities of their children. There’s little evidence for that, as anyone who has had more than one child can testify.

Do you think we are close to creating an AI like Adam in reality, and if so do you think this will be a good thing?
I think we are a very long way off. We don’t even have an efficient way yet of storing electricity. Adam can run 17 km in two hours. To propel a 165-pound robot through that distance would need a huge and heavy battery. The human brain, at just over a litre, with perhaps a 100 billion neurons, and an average axon spread to 10,000 synapses firing ten times a second, and all of it running without overheating on 25 watts – the power of one dim light bulb – what a piece of work! Nature has a more than 3 billion year start on us. But my Adam and Eve will come one day. Perhaps sooner than we think. Whether it’s a good thing or not is, in part, what Machines Like Me addresses. Either way, I doubt that we will be able to resist making such machines.

Much of your fiction includes science and crime, and yet it can’t really be categorised as science fiction or crime fiction. Are you inspired by any sci-fi or crime writers?
I don’t read much genre fiction, even though I know there are riches to be found. I’ve read some of the sci-fi classics: Wells, Huxley, Lem, Wyndham, Le Guin and others. The more apocalyptic it gets, the more people start moving around the universe at multiples of the speed of light, so the human interest fades, is my sense of things.

In this novel, The Beatles have reformed, and some famous works of literature have unfamiliar names. Did you enjoy imagining this different world of art and music, and were there any other works that didn’t make it into the novel?
The premise was that if science is in a different place in 1982, then politics, literature and everything else will be shifted too. Enjoyable, but I tried to keep this trope to the background, otherwise it would drown out the central moral issues – a rape and its consequences – that are at the heart of the novel. So practically the whole world, real or imagined, didn’t make it into my pages.

Will there be a sequel to the novel set in the same world? I’d love to know what happens next, and what today would be like in that universe.
I’ve never produced a sequel in fifty years of fiction writing. Perhaps it’s time to start…

Our foremost storyteller returns with an audacious new novel, Machines Like Me.