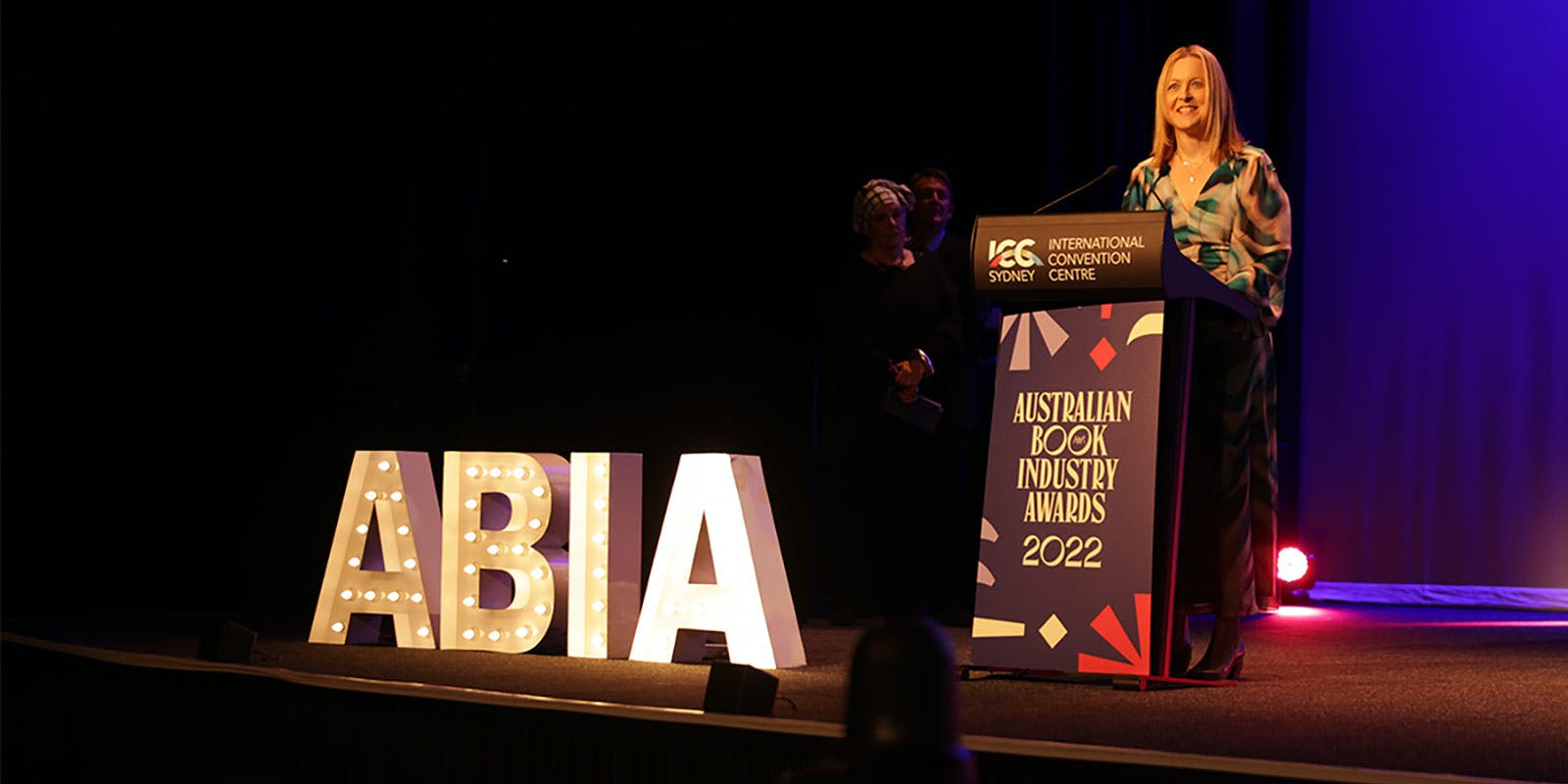 Last night Penguin Random House (PRH) was awarded Publisher of the Year at the 2022 Australian Book Industry Awards (ABIA) for the second year in a row.

‘Back-to-back is not an easy thing to achieve,’ says the Chief Executive Officer of PRH, Julie Burland. ‘It's the first time in our history. It is even more special to be acknowledged in the years of such uncertainty and challenge.’

One of Australia’s major literary awards since its inception, winning this title at the ABIAs is no small feat.

The 2022 awards took place at an in-person event and online live stream, where PRH was not only named Publisher of the Year but also awarded prizes for two of our titles.

Congratulations are in store for Lynette Noni who won Book of The Year for Older Children for The Prison Healer and Victoria Devine who won General Non-Fiction Book of the Year for She’s on the Money.

About the ABIA winners

If you haven’t read The Prison Healer and She’s on the Money yet, add them to your TBR list now. These amazing books have impressed readers across the country, and the awards prove just how wonderful both of them are.

The Prison Healer is the first in a trilogy, and to say that it has taken off would be an understatement. In addition to receiving the ABIA, Lynette Noni’s The Prison Healer series has received widespread acclaim since its release in March 2021. Just last week, the third book in the series, The Blood Traitor, stole the spot for number one book in Australia – not just in the YA category but across all genres.

Similarly, She’s on the Money has a massive following of its own. In addition to the ABIA, the book has also won Best Personal Finance & Investment Book of the Year at the 2021 Business book awards, and Devine’s tie-in podcast of the same name has garnered over 650,000 downloads and 147,000 followers on Instagram.

We would also like to congratulate everyone who worked on these titles. This is a group achievement, and without the effort of each person who contributed, these books wouldn’t be what they are today.

‘It's great recognition for everyone's hard work and commitment,’ says Burland. ‘I am so proud of everything that we have achieved together. There is no better team in publishing!’