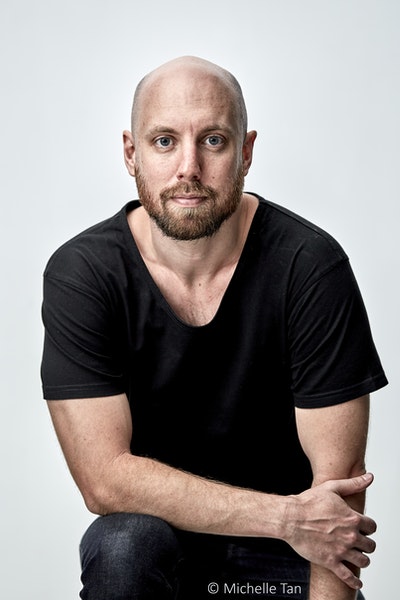 The Language of the Orphan

In Daniel Findlay’s stunning post-apocalyptic debut, Year of the Orphan, the titular character scavenges in the harsh Australian outback. Living rough in the remnants of our ruined world, she must decide if what’s left is worth holding on to. Through the Orphan’s eyes, readers experience this terrifying vision of life after the fall. And through the language used, Findlay carries the essence of the devolution of humanity itself. Here he reveals the thinking behind undertaking this most mammoth of writing challenges: creating a language.

‘No seasons in the desert no more. Blud weight, blud money. It were a dead mans jacket she wore but that werent sayin much. Once and soon enough her boots was gunna be on sumwun elses feet. If they ever found her that was. She dint need no talent for seein nor the scope to tell her that soon enough she was gunna be with the dust and dead and gone and on the wind.’

How best to show a fallen world? Is it the Statue of Liberty buried on a beach? A jungle overtaking a city? Animals grazing on a crumbling highway overpass? For Year of the Orphan, set in a nearly featureless wasteland, the signs were harder to find but one inescapable marker became obvious in the very beginning. The language of the Orphan, the way she saw the world, could become a window into the brutal Australian future she inhabits.

‘Hardly saw any old folk no more. More an more was catchin some kinda strange rot. Hair fallin out an teeth fallin outta rotten gums, just droppin in the sand. Stragglers from outside, comin in from other places she sposed. Boundaries werent what they was.’

The Orphan and her language are inseparable now but her voice went through multiple iterations before it settled into what became her broken rhythm. Too much slang, too few familiar markers and it was near-unreadable, frustrating to all but the most masochistic or dedicated reader. Too little mutation and it didn’t serve the purpose of showing how far from the present she is, how utilitarian and violent the world has become. Set in the remains of Maralinga, with echoes of Australia’s very real, and very terrifying nuclear history running through the narrative, her language is mix of Australian slang, English, remnant words and other languages. It evolved along with her, becoming an instrument of pain and wonderment that mirrors the world around her.

‘She could smell the Ghost and taste the stink of it. Been underground its whole longshort life she reckoned. She couldnt smell no hint of sun that ever touched it, it was all rotten and dank like the rags of the old men that just pissed where they lay.’

Two particular works, The Road by Cormac McCarthy and Russell Hoban’s Riddley Walker, exercised a profound influence as the story developed. Hoban’s book, first published in 1980, is regarded as an important text in post-apocalyptic fiction and is written entirely in an imagined English which (as the jacket points out) has never been spoken. Its fearlessness in embracing its own vernacular, combined with a faith that it would be understood, had shaped my perspective on language many years prior to writing Year of the Orphan. The Road too trusted its audience with the story, stripping out punctuation and superfluous words, leaving the reader with only the essential tools for survival. In form and function, they reflected the fractured, sometimes idealised and often unreliable memories that remained after the end of the world – something that had a great resonance with Year of the Orphan.

‘She sailed the last day on broken blacktop, littered with hulks picked clean, she had names for sum of em, names for the bones inside, names for their colours. The heat baked off em an even with their familiar sandblasted hides they looked like they was something magic, things not from where she were from.’

The voice of Year of the Orphan arrived along with the character of the Orphan and, like her, made an undeniable case for its existence. Once the voice was established, writing it became as fluent as proper English and the various errors, mutations and mistakes that pepper the text were given a style guide. Even so, there are deliberate inconsistencies in the language that remain, mirroring the imperfection of spoken language and the fractured environment she inhabits. With influences as diverse as George Miller’s Mad Max, Nevil Shute’s On the Beach, Isobelle Carmody’s Obernewtyn and Hoban and McCarthy’s works, Year of the Orphan draws on the real horror of nuclear war (and testing) and attempts to engage with the history and themes through the eyes and voice of the Orphan herself. It’s the story of a survivor eking out an existence in a place where her survival is never guaranteed.

‘This were waste, she knew it now. This were sum proper badlands an she knew that all her travellin in the Glows an all what she done weren’t no preparation for this place she were comin to. Things had happened out on this land that even the dust was tryna forget.’ 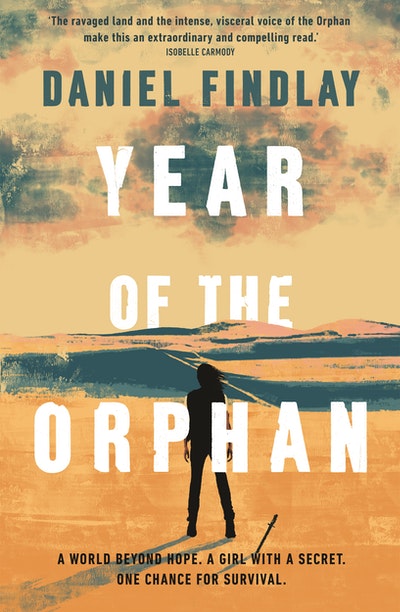 A world beyond hope. A girl with a secret. One chance for survival.The Passage meets Mad Max in this stunning debut.