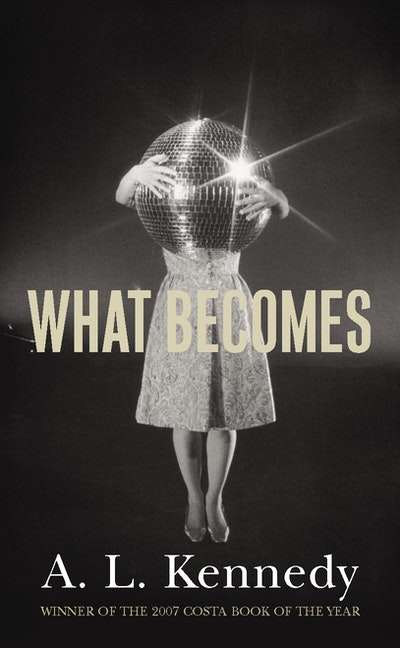 Always attuned to the moment of epiphany, these twelve stories are profound, intimate observations of men and women whose lives ache with possibility – each story a dramatisation of the instant in a life that exposes it all: love and the lack of love, hope and the lack of hope.

These men and women are perfectly ordinary people – whose marriages founder; who sit on their own in a cinema watching a film with no soundtrack; who risk sex in a hotel with an anonymous stranger. They conceal tenderness and disappointment, vulnerability and longing, griefs and wonders – and, with each of them, Kennedy finds and opens up that extraordinary emotional wound, that insight into their experiences: like the woman in ‘Saturday Teatime’ who tries to relax in a flotation tank, before her memories hijack her, taking her back to last weekend’s party – to a boy with a hamster, and his lecherous father – and then further back to another Saturday, when she was nine years old, when the troubling of her life began.

A.L. Kennedy’s fifth remarkable collection of short stories shows us exactly what becomes of the broken-hearted. She reveals the sadness, violence, hurt and terror, but also the redemption of love – and she does so with the enormous human compassion, wild leaps of humour, and the brilliantly original linguistic skill that distinguishes her as one of Britain’s finest writers.

Praise for What Becomes

'Genius...Kennedy's skill as a writer continues to be astonishing. Every metaphor, every image hits like a painfully well-aimed arrow.'

'If you are at all interested in contemporary fiction, this is work you must not miss.'

Be warned, Kennedy is a good storyteller, and an even better observer, possessing immaculate timing... She also writes very well: there is an almost jaunty ease about her prose

Kennedy's new stories continue the courageous anatomy of emotional pain that has always been at the centre of her writing. Sometimes stomach churning, bleak and humorous in turn, she is rightly viewed as one of the most brilliant and eccentric writers of her generation...

achieves more powerful gut punches in its 217 pages than many novels manage in triple the length...Kennedy has produced another stunning, impressive and genuinely enjoyable collection, hard not to be charmed by

In this bleak collection of short stories, the mordantly observant Kennedy explores "What Becomes" of the broken hearted

Kennedy has a way of pinning words down and forcing the truth out of them that makes her fiction alarming. There is pleasure in reading these extraordinary stories, but there is also pain

There is poetic life in so many of Kennedy's images... She can be very funny too... very original, very startling

Kennedy pulls out all the stops

These tightly compressed short stories are deft portraits of people under extreme pressure, delivered with a surreal perspective that oddly serves to compound their power...her writing is superb: almost every word in this flinty, almost unbearably sad collection matters

Kennedy is attuned to the shock of separation, as well as the pain ... Kennedy is adept at different types of stories

AL Kennedy's new collection of stories, What Becomes, marshals all the qualities of her justly praised writing: unflinching insight, clear and spacious prose, a narrative voice that bounces between grave compassion and bantering wickedness and plenty of black comedy

The hardest thing about the advent of a new collection of stories by A L Kennedy - her fifth, called What Becomes - is the search for synonyms for 'brilliant'. Her uncanny dialogue is as note-perfect as J D Salinger's her vision as astutely bleak as Alice Munro's, and her ability to summon up a society in a few strokes rivals William Trevor's

There are wonderfully textured pieces

What admirable richness and complexity

Her existence reminds writers... that whatever scatterings of subjects and settings, themes and characters we choose to investigate, the pursuit is of wonder and excellence, the grave beauty of words, and the many natures, capacities and geographies of the human heart - which happens to be Alice's real, unboundaried turf

There is a substantial quality to Munro's stories that makes you feel you have stumbled on an entire world... the 10 tales in Munro's new collection are cleverly wrought, intense pieces of work, with ideas and characters that in lesser hands would be fleshed out to fill a larger space. What Munro manages so deftly to combine is a sense of unrushed fullness with clear-eyed, unsentimental economy. No line is superfluous, and some resonate as if they were a chapter, not a mere sentence

While What Becomes is not always an easy book to read, Kennedy's linguistic inventiveness, wild humour and compassion make it an unexpectedly joyful one

There's no denying that these utterly controlled stories have a power, humanity, and even beauty of their own

While What Becomes is not always an easy book to read, Kennedy's linguistic inventiveness, wild humour and compassion make it an unexpectedly joyful one

The London Review of Books

Twelve stories from the manic mistress of comically vitriolic observation

Has a sense of humour and she, too like to cheer up her style with a few rococo swirls

This collection of stories marshals all of Kennedy's qualities: unflinching insight, clear and spacious prose, and grave compassion.

Kennedy specialises in acute observations of thought'...'In this collection of short stories, she inhabits unhappy couples, lonely shopkeepers and strangers in hotel rooms to searing, painful and comic effect

A virtuoso performance...This is a collection of stories that will be re-reading exceptionally well, like an album of brilliant songs you keep wanting to hear again

Funny and furious, Kennedy's tales of floundering marriages and domestic disappointment follow an anarchic path of their own

Touchy-feely it is not, but the humour, humanity and awareness make What Becomes bigger on redemption than it would first appear.

Kennedy's remorselessly unsentimental short fictions are mostly powerful and are all pared to the bones in her habitual style.

Carefully written and at times wickedly funny this is a lament to love lost.

...Evans's atmospheric and richly drawn novel investigates the balance between life and art as it traces the history of a man with talent to burn and demons to bury.

'One of the most brilliant writers of her generation.'