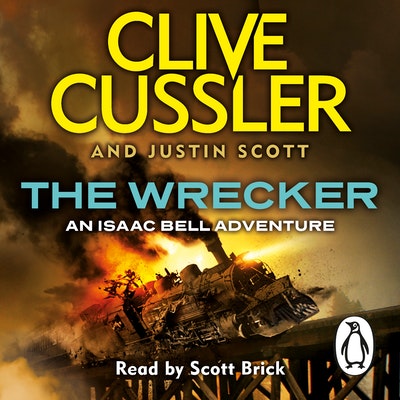 The second instalment in the bestselling, rip-roaring Isaac Bell adventures - in paperback

Bell quickly discovers that a mysterious saboteur haunts the hobo jungles of the West. Known as The Wrecker, he recruits accomplices from among the down-and-outs to attack the railroad, killing them afterwards. The Wrecker travels the vast spaces of the American West as if he had wings, striking wherever he pleases, causing untold damage and loss of human life. Who is he and what does he want? Is he a striker? An anarchist? A criminal mastermind engineering some as-yet unexplained scheme?

Whoever he is, whatever his motives, The Wrecker knows how to create maximum havoc. Bell senses that he is far from done - indeed, it would seem that The Wrecker is building up to a grand act unlike anything committed before. If Bell doesn't stop him in time, the entire future of the country could be at risk.