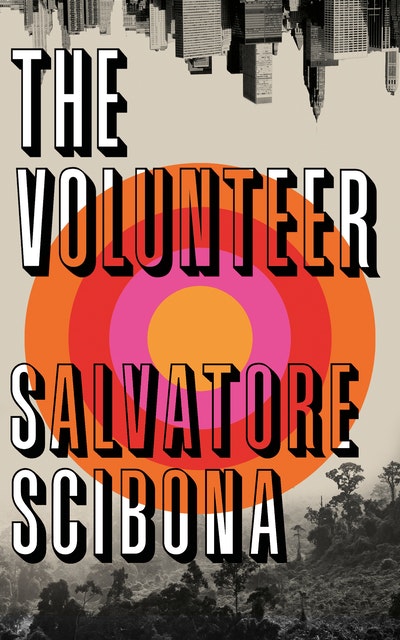 The year is 1966 and a young man named Vollie Frade, almost on a whim, enlists in the United States Marine Corps to fight in Vietnam. Breaking definitively from his rural Iowan parents, Vollie puts in motion a chain of events that sees him go to work for people with intentions he cannot yet grasp. From the Cambodian jungle, to a flophouse in Queens, to a commune in New Mexico, Vollie's path traces a secret history of life on the margins of America, culminating with an inevitable and terrible reckoning.

Scibona's story of a restless soldier pressed into service for a clandestine branch of the US government unfolds against the backdrop of the seismic shifts in global politics of the second half of the twentieth century. Epic in scope but intimate in feeling, this is a deeply immersive read from a rising star of American fiction.

Salvatore Scibona's first book, The End,was a finalist for the National Book Award; and winner of the Young Lions Fiction Award from the New York Public Library, and the Norman Mailer Cape Cod Award for Exceptional Writing. He was awarded a 2009 Whiting Writers' Award. In 2010, he was awarded a Guggenheim Fellowship and was included in the New Yorker's '20 Under 40' list of writers to watch.

A magnificent counterpoint of four generations of fathers and sons... Like DeLillo in [Underworld], Scibona wreaks an epic from the lives of ordinary, supposedly negligible men. Scibona has built a masterpiece.

[Scibona is] a born novelist: He conveys a world in a detail. Scibona can take us into the broken heart of a child lost in a foreign airport, the shattering chaos of a night assault during the Vietnam War and the quiet intensity of a working-class New York neighborhood... Work like The Volunteer can never be one thing only, upbeat or down. It’s teeming, brilliantly.

Salvatore Scibona’s exhilarating new novel [is]… a searing record of war and the lies people live by… Despite all the destruction and despair, in this novel hope emerges as the wildest high.

What perfect pitch, what perfect rhythm. These are sentences that are in love with the world and that make us love the world, too.

Scibona is a remarkable writer and The Volunteer is a remarkable book... It is a war story unlike any other war story, a story of fathers and sons, of family (both biological and manufactured) and of generations of betrayal and abandonment... All of it — all of it — is just so ridiculously beautiful.

Salvatore Scibona is gravely, terminally, a born writer – a high artist and exquisite craftsman. Yes his sentences are perfect but not merely; a surplus of dark and tender wisdom, who knows its source, makes his language – and the world – glow with meaning.

The Volunteer is a wonder right from page one, lovely in its language and aching in its insights.

This magnificent and deeply moving novel by Salvatore Scibona, one of our most masterful writers, has at its heart the simple and compelling tale of a small boy abandoned in a foreign airport and a mysterious ‘volunteer’ who all his life, without knowing it, is trying to find him. In stunningly inventive prose, Scibona models the world through which these two beautifully drawn lost souls stumble—an infinitely-interconnected and repeating fractal of airplane routes and inscrutable tongues, of arbitrary hubs and meaningless destinations, of escapes and hideouts, of swarming megalopoli improbably wired to pitiful ghost towns such as only America can hide in its empty middle. All this under the crosshatched shadow of the military, for Scibona’s portrait of the way we live now is also, necessarily, a novel about war. The Volunteer is so brave, tough and admirable you are on his side before you recognize what you are looking at. He is the good soldier, the man who fights America’s wars.

Salvatore Scibona is a virtuoso and The Volunteer is a majestic, magnificent, frankly epic work of art. Characters with the most modest, vulnerable lives transform from 'nobodies' into full, precious human souls, steeped in pathos, tragedy, and a seemingly unstoppable heritage of particularly American violence. What tenderness and love they manage to wrest from their lives becomes nothing less than heroic and starkly, luminously beautiful.

Scibona’s lyrical yet muscular prose anchors this majestic work as he probes deep philosophical questions about family, identity, belonging, and sacrifice... Scibona’s greatest strength is his ability to inhabit each character with profound psychological depth to explore their guilt, doubt, and humanity. This novel rewards close reading and deserves wide readership.

Like the late Robert Stone, Scibona exhibits a command of language and demonstrates a knack for dramatizing the tidal pull of history on individual destiny. The novel accrues real power as its vividly imagined characters try to make sense of an often senseless world. This is a bold, rewarding novel.

The Volunteer possesses an intensity of purpose and takes in a broad sweep of time... Through Scibona’s masterful storytelling, modest, vulnerable characters—vividly imagined—are transformed into cherished and tragic souls able to seize benevolence and love as they try to make sense of an often senseless world. Scibona’s immersive, intense, and somber novel, its language eloquent and moving, deserves and requires a close reading... The Volunteer is a stirring examination into the meaning of family, identity, belonging, and sacrifice, and the effects of institutional power at its most horrifying.

Scibona delivers an enigmatic story that hinges on secrecy and uncertainty... As with his first novel, with which it has thematic similarities, Scibona's story takes in a broad sweep of time, looking into the future to foresee an end that may not be so terrible but that is just as certain... the narrative is marked by distinctive lyricism and striking images... original and memorable.

Scibona’s second novel sings with this type of mutable, potentially explosive detail, with events powered by tiny moments sprinkled across vast landscapes... It is not just the ebb and flow of family dynamics that make their mark on four generations in The Volunteer — both the weight of history and the influence of institutional power are also felt in the family’s losses.

[A] brilliant second novel… nothing is lost on Scibona, who builds his narrative masterfully over four hundred pages…[with] always-thrilling prose.

Ten years after his debut with The End, Scibona has produced another exceptional, challenging work… the prose is often stunning.

A muscular account of human frailty and a pitiless critique of western masculinity… The Volunteer drifts and broods… its cumulative power is like sustained rolling thunder.

A bravura piece of writing that reels you in before Scibona starts to make us sweat over his purpose… This is heart-rendering stuff, superbly done… Scibona lavishes attention on practically everyone his sprawling narrative reveals.

Scibona is an observant, lyrical writer, and the strength of his images and musicality of his sentences are almost enough to carry the novel on their own.

A searing yet poetic record of war and the lies people live by.