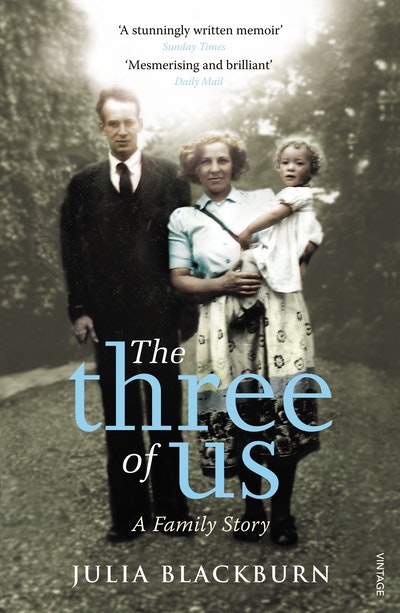 The Three of Us

'This memoir [has] a warmth and love it's hard to imagine could have been possible... a work of art in itself: a careful weaving in and out of personal memories and present pain to create something remarkable' - Herald

This is the story of three people: Julia Blackburn, her father Thomas and her mother Rosalie. Thomas was a poet and an alcoholic, who for many years was addicted to barbiturates; Rosalie, a painter, was sociable and flirtatious. After her parents were divorced, Julia's mother took in lodgers, always men, on the understanding that each should become her lover. When one of the lodgers started an affair with Julia, Rosalie was devastated; when he later committed suicide the relationship between mother and daughter was shattered irrevocably.

Or so it seemed until the spring of 1999, when Rosalie, diagnosed with leukaemia, came to live with Julia for the last month of her life. 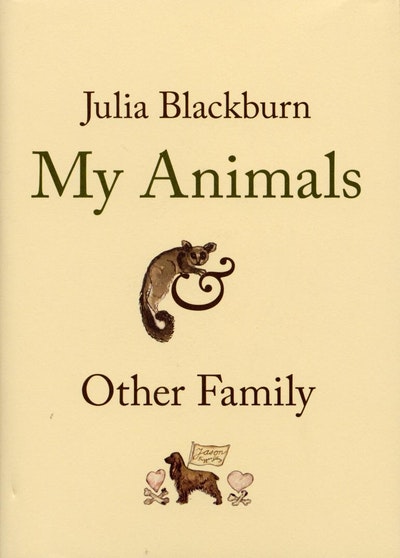 Praise for The Three of Us

This memoir [has] a warmth and love it's hard to imagine could have been possible... a work of art in itself: a careful weaving in and out of personal memories and present pain to create something remarkable

An unnerving book about manipulation and loss ... and about the complicated burdens families inflict on one another down through the generations. As a literary memoir of a lost childhood , it is remarkable as much for its candour as its craftsmanship

The Three of Us contains all the mental and physical violations that cling to the bare bones of their shared past... Blackburn was never afraid of her father. It's very clear in the book - he is described even at his blackest moments with affection and warmth

Blackburn's first 16 years sound quite frankly too bad to be true. Nightmarish infact - though she details them in such an ingenuous, matter-of-fact manner that she somehow manages to make terrible events seem almost funny.... the resulting memoir is mesmerising and brilliant

Despite the darkness of the rooms she re-enters, her book isn't gloomy in the least............. Extracts from her journal and faxes to Herman offset the main narrative, which darts back and forth in time. It's a structure that works wonderfully well..... However unforgiving her detail, tout comprendre, c'est tout pardonner is the message of this extraordinary book

Having read her family memoir, a book that engrosses and horrifies in equal measure, it is hard not to be reminded of Larkin's famous axiom: 'They fuck you up your mum and dad.'... 'Blackburn's writing transcends the frightening idiosyncrasies of her upbringing. Her prose is understated and evocative, despite the desperate truths that lurk beneath.'... 'It would be easy for Blackburn to attribute blame or to seek explanation, but her refusal to do so gives this triptych portrait an integrity and honesty that it could otherwise lack.

The fact that I was unable to put [the book] down is proof of how well she tells [the story], and of how such an experience, if described with real skill, honesty, and sensitivity, will make a valuable book, however many others of a similar kind have been published.... I ended it feeling very glad indeed that I had overcome my first disinclination to begin it

[Blackburn] has written an exceptionally perceptive and fascinating book, a tribute by a remarkable daughter to the resilience of filial love.

In this memoir she describes her eccentric, dangerous, wonderful bohemian parents...Blackburn emerged from this turmoil as a fine writer, and this book is full of understanding and reconciliation

Blackburn tells us about these things in a compelling authorial voice which is by turns numb and incredibly sensitive.

Brutally honest book ...deeply moving testament to the love that can somehow survive.

A small masterpiece, much to be recommended