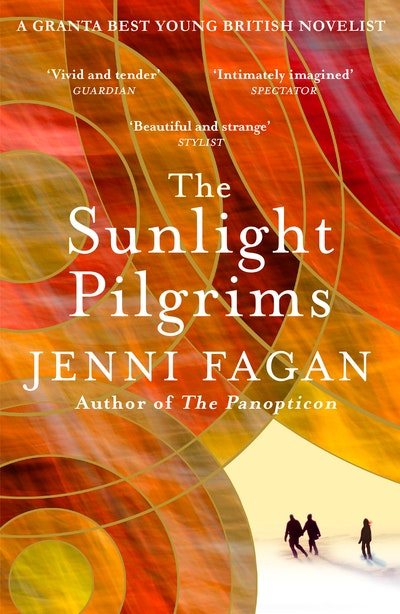 From the highly acclaimed author of The Panopticon and one of Granta's Best Young British Writers comes the new novel THE SUNLIGHT PILGRIMS.

It's November 2020 and the world is freezing over. As ice water melts into the Atlantic, and vast swathes of people make for the warmer south, Dylan is heading to Scotland, once the home of his late mother and grandmother.

Twelve-year-old Stella and her survivalist mother, Constance, scrape by in the snowy Highlands, preparing for a record-breaking winter. Living out of a caravan, they spend their days digging through landfills, searching for anything of value. When Dylan arrives in the middle of the night, their lives change course. Though the weather worsens, his presence brings a new light to daily life, and when the ultimate disaster finally strikes, they'll all be ready. 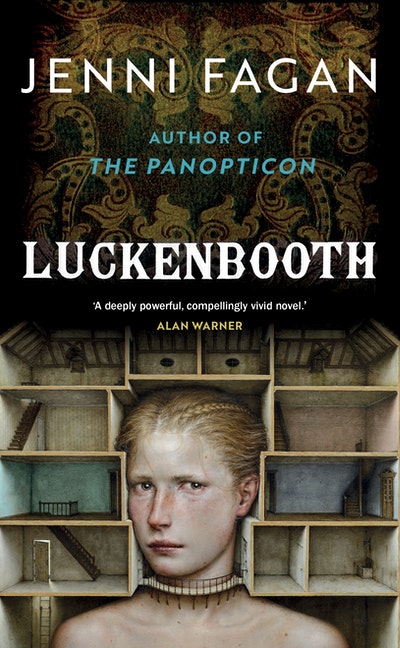 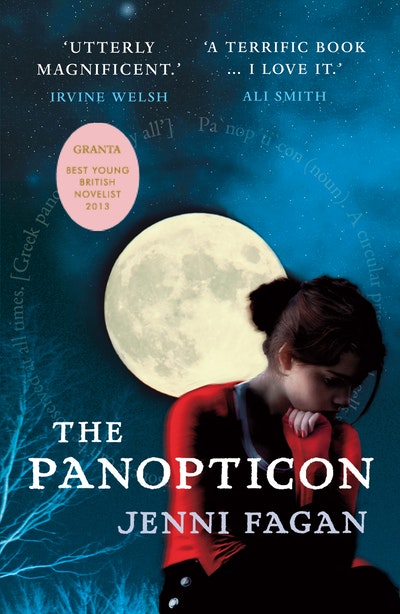 Praise for The Sunlight Pilgrims

Fagan received widespread acclaim for her 2012 debut The Panopticon, and was named as one of the prestigious Granta Best of Young British Novelists a year later. The Sunlight Pilgrims further cements Fagan’s reputation as a writer of skill and depth, a book that shares a similar outsider charm to its predecessor, and one that delves deep into how we relate to others on a human level in the face of all the crap that life throws at us … The author also, it should be said, writes like the poet that she is, with an original eye for description, a wonderful rhythm to her prose, and some genuinely inspiring and unusual characters. An impressive read.

Fagan’s vivid, poetic-prose style injects the book with energy. She writes at the pace of thought, sentences like gunfire … She has a poet's affection for precision and image.

Fagan is drawn to those who exist on the outer reaches, and in The Sunlight Pilgrims it is in the literal margins where a broader and yet more refined collection of voices is drawn together … The Sunlight Pilgrims is about the confluence of characters searching to fill the gaps in their lives … In the transgender 11-year-old Stella we have an engaging protagonist whose isolation is mental, physical and geographical, yet who is imbued with a survivalist’s steely resolve ... Indeed, it is somewhere between Alan Warner and Iain Banks that Fagan’s storytelling ability sits, the grit of her familial backstories and dysfunctional relationships dusted with the glitter of magical realism ... In heightened poetic prose, Fagan does for rural Scottish fiction what Kathleen Jamie is doing in poetry and Amy Liptrot in non-fiction: evocatively documenting the ever-changing daily drama of the landscape … This is a novel about summoning hidden strengths and finding one’s place in a universe defined by chaos.

Fagan …explores some big ideas; namely the environment, gender and familial structure. She addresses these themes with an infectious, otherworldly hilarity, assembling an eccentric cast of characters who triumphantly flout convention.

It was with a degree of trepidation that I opened her new novel, The Sunlight Pilgrims, wondering if it would bear the weight of expectation. Thankfully, it does. It has the same combination of the weird and the all too real: the same concern for the marginal and the disposed. But it plays for higher stakes, and reaps greater rewards . . . I cannot wait to see what she does next.

As soon as I read the other-worldly first sentence of Jenni Fagan’s The Sunlight Pilgrims, with its poetic rhythm and sense of impending doom, I had a feeling this was going to be something special . . . I devoured the rest of the poet and author’s beautiful and strange second novel . . . With poignant reminder of not just the fragility of human emotions but of life itself, The Sunlight Pilgrims is a novel about connecting with others . . . [it] tackles current issues with a haunting, timeless beauty.

Fagan is brilliant at creating empathy in the reader for her complex and uncompromising characters, so The Sunlight Pilgrims promises to be an emotional ride.

In haunting prose Fagan creates a credible apocalyptic landscape and articulates the survival instinct and our capacity for love.

It’s littered with that same sparkle: misery and fear and awe and joy all co-exist, and that’s what makes Fagan stand out… Big thumbs up. Beauty and horror, love and death, ice and light – what a package! While eschewing huge plotlines, Fagan still gives us a rattling story, and if this is how the world ends, there’d be much worse ways to go than in the company of Stella and her cohort in the Fells.

The Sunlight Pilgrims is full of the music of life and language … This is a novel that, with its vision of climate crisis and mass migration, couldn’t feel more of the moment.

A writer of…talent, heart and vision.

[A] remarkably accomplished and enjoyable piece of work. Here is a book that draws you into the lives of fascinating, intriguing characters facing truly exceptional circumstances.

Fagan’s writing has a remarkably poetic quality when she describes scenes of tremendous emotional conflict …beautifully moving …Fagan is equally skilful at writing punchy dialogue …The Sunlight Pilgrims is a beautifully written and chilling vision of the future with refreshingly original characters.

Jenni writes with such great understanding and insight …this book should be required reading for teens and adults alike … I defy anyone not to shed a silent tear or two before the story finishes.