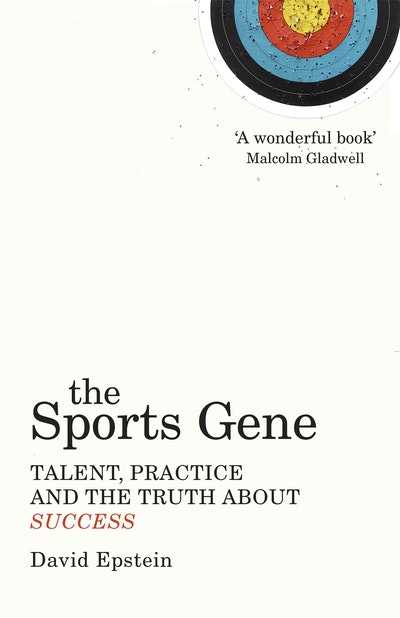 What Makes the Perfect Athlete

An entertaining and thought-provoking examination of the truth behind talent and success.

Do you believe some people are born athletes?

Is sporting talent innate or something that can be achieved through endurance and practise?

In this ground-breaking and entertaining exploration of athletic success, award-winning writer David Epstein gets to the heart of the great nature vs. nurture debate, and explodes myths about how and why humans excel.

Along the way, Epstein:

- Exposes the flaws in the so-called 10,000-hour rule that states that rigorous practice from a young age is the only route to success.

- Shows why some skills that we imagine are innate are not - like the bullet-fast reactions of a baseball player.

- Uncovers why other characteristics that we assume are entirely voluntary, like the motivation to practice, might in fact have important genetic components.

Throughout, The Sports Gene forces us to rethink the very nature of success.

David Epstein is an award-winning senior writer for Sports Illustrated, where he covers sports science, medicine, and Olympic sports. His investigative pieces are among Sports Illustrated’s most high-profile stories. An avid runner himself, he earned All-East honours on Columbia University's varsity track squad. This is his first book.

Praise for The Sports Gene

Provides a powerful and convincing analysis of how genes influence all our lives, especially the careers of elite sportsmen

A fascinating, thought-provoking look at the leading edge of sports performance, written by a guy who knows the territory. David, besides being a senior writer for Sports Illustrated, was a collegiate runner for Columbia University. More to the point, he’s a terrific researcher and a fine, thoughtful writer

Full credit to David Epstein, a Sports Illustrated journalist with a serious and deep knowledge of genetics and sports science, for his terrific and unblinking new book, The Sports Gene, a timely corrective to the talent-denial industry

Epstein’s book does not try to simplify the argument, but it does provide a welcome corrective to those who have deliberately underplayed the notion that genetic make-up is irrelevant

Provoking spirited debate about the merits of the 10,000 hour rule

An important book on the relative roles of genes and environment—nature and nurture—in the building of a professional athlete ... bound to put the cat among the pigeons

Captivating...fascinating...His answer to the questions “Nature or nurture?” is both. If that sounds like a hedge, it isn’t: instead, it’s a testament to the author’s close attention to nuance.

Perhaps the most fascinating book of the year... Absorbing and full of fascinating detail

David Epstein's The Sports Gene has a discussion that badly needs to happen at all levels in sport; about the relationships between talent, genetics, practice and success in sport

Well written and contains important research, and has some wonderful anecdotes

The most intriguing sports books of the year, and possibly the best-researched

An enjoyable mixture of easily digestible science, anecdote and argument

This is a book to counter the 10,000-hour rule popularised by Malcolm Gladwell

In a book packed with fascinating anecdotes, it’s hard to pick out highlights … If sport is a passion, The Sports Gene is required reading

The Sports Gene does not try to simplify the nature vs nurture argument, but it does provide a welcome corrective to those who have underplayed the notion that genetic make-up is relevant

Epstein is too respectful of the complexity of his subject matter to leap to any grand conclusions. The book was conceived partially as a rebuttal to glib theorising, and it is all the more fascinating as a result

Fascinating from start to finish

Epstein forces us to rethink the very nature of athleticism

Looks at the science of extraordinary athletic performance.

Captivating… In a particularly fascinating chapter, Epstein investigates an old theory that purports to explain why Jamaica produces so many Olympic sprinters 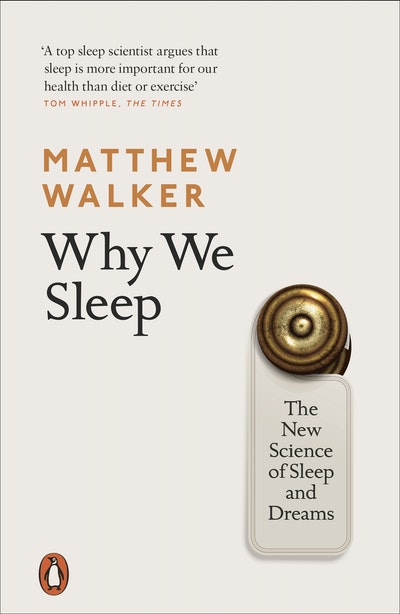 Why We Sleep
Matthew Walker 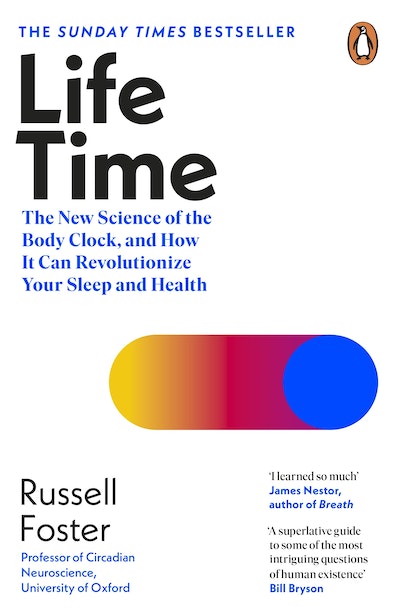