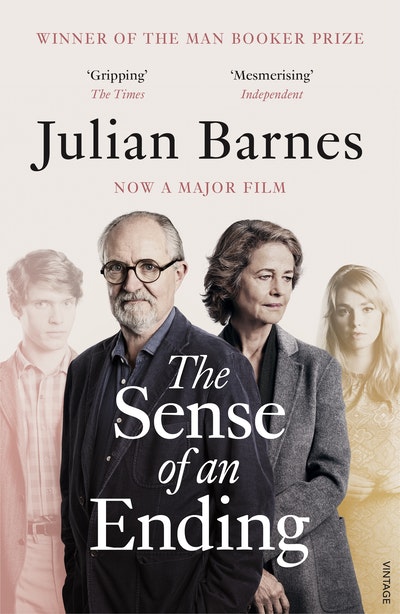 The Sense of an Ending

'A masterpiece... I would urge you to read - and re-read ' Daily Telegraph

Tony Webster and his clique first met Adrian Finn at school. Sex-hungry and book-hungry, they would navigate the girl-less sixth form together, trading in affectations, in-jokes, rumour and wit. Maybe Adrian was a little more serious than the others, certainly more intelligent, but they all swore to stay friends for life.

Now Tony is retired. He's had a career and a single marriage, a calm divorce. He's certainly never tried to hurt anybody. Memory, though, is imperfect. It can always throw up surprises, as a lawyer's letter is about to prove.

Praise for The Sense of an Ending

An extremely moving, a precise book about the imprecision of memory and how it constructs people, stories and histories.

From the moment that we hear from the woodworm which snuck aboard Noah's ark to the final pages of the novel, Barnes interrogates moral dilemmas and motivations. These tales could easily be read is isolation, but are much better when consumed as a whole.

Written in beautifully cadenced prose, it is a mature writer's reflections on love and marriage... on family and friendship, on work and death

There is no catastrophe, simply a dawning awareness of the past, its consequences and its meaning for the present. It is a familiar narrative structure, but in the hands of the master-wordsmith that Barnes has become, the effect is cumulatively overwhelming... A compelling, disturbing and profoundly moving story of human fallibility

It is a perfect novel of positively European economy and power (shades of Schnitzler, shades of Camus)... It is beyond the wit and depth of any current British writer

Packs quite an emotional punch... Julian Barnes unravels the mystery with masterly skill. He springs surprise after surprise without stooping to sensationalism in a crisp, engaging tale