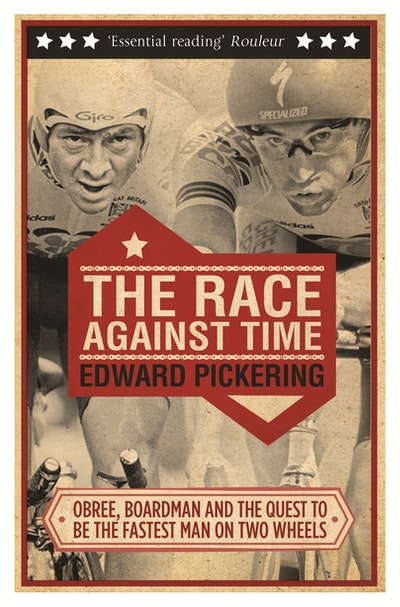 The Race Against Time

When Chris Boardman first raced against Graeme Obree, in a time trial in Newtonards, Northern Ireland, in 1990, it was the start of a rivalry that captivated the British public for a decade and brought cycling on to the front pages. Boardman was the establishment figure: reserved, scientific, middle-class. Obree was the rebel: the Flying Scotsman, working-class, riding a home-made bike. Both were after one thing - to be the fastest man on two wheels.

After Boardman had won Britain's first cycling gold medal for 72 years at the Barcelona Olympics (inspiring none other than Bradley Wiggins to get on a bike), attention turned to the world hour record, the blue riband event of track cycling. Between 1993 and 1996, the pair took it in turns to smash the record, with Boardman's team breaking the boundaries of technology and the loner Obree constantly reinventing ways of building and riding bikes while battling his many demons.

The Race Against Time tells the story of how Britain first started to dominate cycling, but is also about the struggle between art and science, tradition and innovation, commercialism and individuality. It is the tale of two complex characters who redefined the sport and set in motion a new era in British cycling, the legacy of which we enjoy to this day.

Edward was shortlisted for Best New Writer at the British Sports Book Awards for his last book, The Race Against Time, about the rivalry between Chris Boardman and Graeme Obree, and he was also the co-author of Robbie McEwen’s autobiography, One Way Road.Edward is a keen fair-weather cyclist, whose mid-life crisis is manifesting itself in an ongoing project to run a sub-three hour marathon. He also loves to indulge his other passion, taiko drumming. 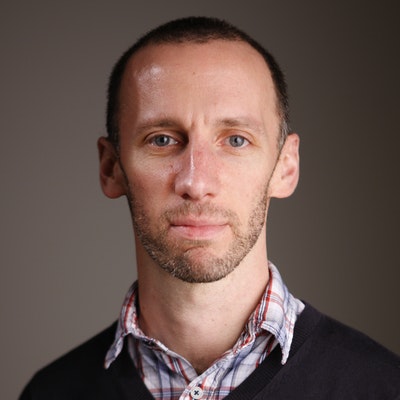 Praise for The Race Against Time

For anyone wanting to understand the roots of British cycling's recent triumphs, The Race Against Time is essential reading, and it is Pickering's thorough research that makes it so.

Chris Boardman and Graeme Obree are both highly individual characters and brilliant bike riders in their own right and this book from Edward Pickering does them proud with a detailed look at how they contested the Hour record throughout much of the ‘90s. The story telling is excellent as befits two such strong characters. Boardman could be seen as the establishment Team GB figure reserved and scientific while Obree was a working class maverick riding home-made bikes using parts of his washing machine. To a degree you can paint their rivalry as that between science and art but ultimately both were united in their quest to go faster and their quick intuitive minds.

A great read about a wonderful episode not just in British cycling but in world cycling too. Pickering brings a fresh perspective to the telling of the tale and strips away some of the myths that surround two riders who have become living legends.

The bare essentials is hardly how the modern sport of cycling is best described. With the genius behind the two-wheeled success of Team GB and Team Sky Dave Brailsford describing his philosophy as the 'aggregation of marginal gains', the attention paid to the smallest engineering, physiological and psychological detail is obvious. It is an evolution that is retold quite thrillingly in Edward Pickering's book The Race Against Time. This is the story of the 1990s rivalry of Chris Boardman vs Graeme Obree and their battle for the one hour track cycling record. Boardman remains well-known today thanks to his TV work as a pundit, Obree meanwhile has become a virtual recluse, a superbly gifted athlete who doubles up as an inventor. It's a great story, which in many ways created the base for the later success of Hoy, Pendleton, Wiggins, Cavendish, Froome and Trott.