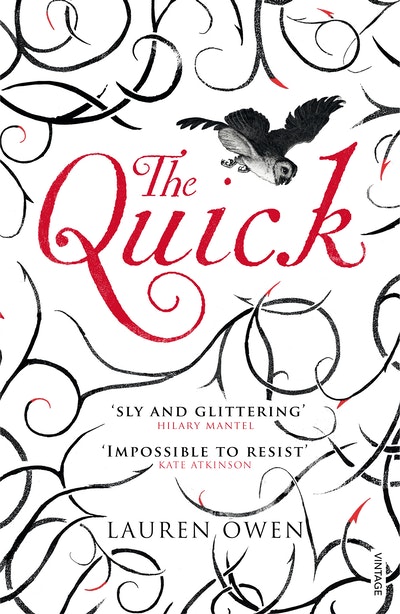 You are about to discover the secrets of The Quick -

But first, reader, you must travel to Victorian England, and there, in the wilds of Yorkshire, meet a brother and sister alone in the world, a pair bound by tragedy. You will, in time, enter the rooms of London's mysterious Aegolius Club - a society of the richest, most powerful men in England. And at some point - we cannot say when - these worlds will collide.

It is then, and only then, that a new world emerges, a world of romance, adventure and the most delicious of horrors - and the secrets of The Quick are revealed.

Lauren Owen is twenty-eight years old and grew up in the grounds of a boarding school in Yorkshire. Her first attempts at writing as a teenager were Harry Potter fan fiction. She is a graduate of St Hilda's, Oxford, holds an MA in Victorian Literature, is completing a PhD on Gothic writing and fan culture, and is the recipient of the UEA creative-writing programme's prestigious Curtis Brown Prize. The Quick is her first novel. 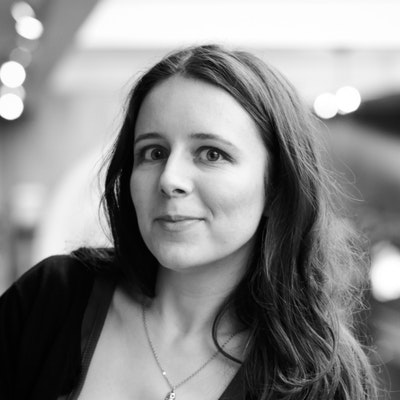 Praise for The Quick

A sly and glittering addition to the literature of the macabre . . . As soon as you have breathed with relief, much worse horrors begin. It's a skilled, assured performance, and it's hard to believe it is a first novel.

Energetically throwing together real history and gothic fantasy, Owen has produced a novel that is macabre, readable and atmospheric.

Richly immersive... The story twists from coming-of-age to night of the undead.

Richly immersive... The story twists from coming-of-age to night of the undead.

A gripping Gothic tour of Victorian Yorkshire and London which is full of shocks and surprises, The Quick is an assured and forceful debut from an exciting new British author. A novel to devour, re-read and recommend.

Lauren Owen has created an utterly beguiling fantastical world. As emotionally involving as it is suspenseful, The Quick will establish her as one of contemporary fiction's most dazzling talents.

Gripping… Owen has constructed a fantasy world with clear rules and solid foundations, and from these she flies. There's a sense of joy in the writing, and it's infectious.

You'll love The Quick… At times unnerving, at times truly terrifying, The Quick is definitely some of the best gothic fiction we've read in months.

Lauren Owen has conjured up a sumptuous, supernatural feast that slowly takes hold and leaves you wanting more and more as every page turns… Very hard to put down.

Some of the most convincing, witty and assured writing I've been lucky enough to read in ages… Lauren Owen is a ridiculously strong talent and I for one can't wait to see what she does next.

The book’s energy, its wide reach and rich detail make it a confident example of the “unputdownable” novel.

Huge, weird, wonderful and quite scary, too.

A sumptuous, supernatural feast... Leaves you wanting more and more as every page turns.

A new world of adventure, romance and delicious horror.

An intriguing blend of historical and supernatural fiction.

Owen has smoothly crafted an excellent Gothic tale out of some supposedly exhausted sources of inspiration… The plot is superbly managed, as are the suspenseful changes of perspective

A ripping yarn written with depth and verve

A staggering achievement of a debut… A fantastically atmospheric, engaging, immersive experience

Energetically mixing history and gothic fantasy, this is a macabre, readable and atmospheric novel

It’s all deliciously creepy, and the richly textured depiction of Victorian London is impressively done. The conclusion has you thirsting for more

Brooding and densely plotted, it is ambitious in its scope, but certainly delivers a sleek, well-crafted thriller, ideal for fans of the genre

Rich in detail, rich in style (and quite scary)

She manages the rare task of creating a work whose plot, character and tone are all fully developed and work in service of each other… This is a truly great novel. While it has received glowing reviews it is a great shame that it is not more widely known by the general public. I urge you all to pick it up.

Gobsmacking – and terrifying – debut… The story crackles along and its creepy, menacing characters are ideal for haunting your imagination… Don’t pick it up if you like talking to your family during the holidays, as you’ll ignore them until you’ve finished this.

A suspenseful, gloriously atmospheric first novel, and a feast of gothic storytelling that is impossible to resist.

A sly and glittering addition to the literature of the macabre . . . As soon as you have breathed with relief, much worse horrors begin. It's a skilled, assured performance, and it's hard to believe it is a first novel.