WINNER OF THE BOOKER PRIZE 2021

Winner of the 2021 Booker Prize

'A literary masterpiece' Sarah Hall
The Promise charts the crash and burn of a white South African family, living on a farm outside Pretoria. The Swarts are gathering for Ma's funeral. The younger generation, Anton and Amor, detest everything the family stand for -- not least the failed promise to the Black woman who has worked for them her whole life. After years of service, Salome was promised her own house, her own land... yet somehow, as each decade passes, that promise remains unfulfilled.

The narrator's eye shifts and blinks: moving fluidly between characters, flying into their dreams; deliciously lethal in its observation. And as the country moves from old deep divisions to its new so-called fairer society, the lost promise of more than just one family hovers behind the novel's title.

In this story of a diminished family, sharp and tender emotional truths hit home. Confident, deft and quietly powerful, The Promise is literary fiction at its finest.

'The most important book of the last ten years' Edmund White

'Simply: you must read it' Claire Messud 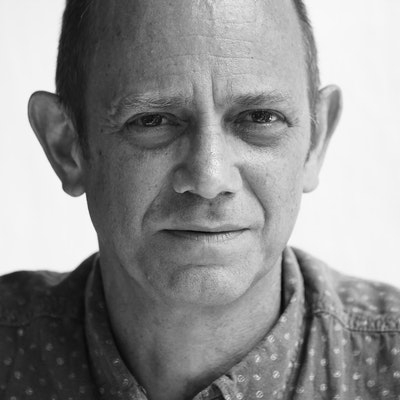 Praise for The Promise

Damon Galgut's The Promise is about an unfulfilled but promising life and about the repeatedly broken promises by a white family to a black household worker. With unostentatious virtuosity Galgut - one of the world's great writers - enters the minds of all his characters, rich or poor, white or black, male or female, even the thoughts of a homeless man beset by visions. The language has a Flaubertian clarity and the intimate knowledge of the family is matched by an authoritative understanding of South Africa's complex history. This is the most important book of the last ten years

The Promise satisfies in so many ways: a multi-layered family story set against the shifting destiny of South Africa itself since Mandela; its characters' stories interwoven in prose that is poignant and wryly amusing. The book's power and immediacy merge to create an outstanding novel of its time

Galgut extends his extraordinary corpus with a rich story of family, history, and grief

If possible, The Promise packs yet more of a punch than Galgut's previous novels. Fuelled by sex and death, this is a South African Gotterdammerung charting a white family's inexorable decline from significance and power. Its indignation at its morally bankrupt central characters is leavened with languid comedy, as though Galgut had collaborated with Tennessee Williams. The effect is utterly compelling

Galgut understands the complexities of the human heart which he reveals with the finest delicacy. This is an emotionally powerful and thrilling novel that haunts one long after it has been laid down

The Promise recalls the great achievements of modernism in its imagistic brilliance, its caustic disenchantment, its relentless research into the human. For formal innovation and moral seriousness, Damon Galgut is very nearly without peer. He is an essential writer

I was mesmerised by The Promise, Damon Galgut's novel of the decline and fall of a South African family, told over four decades and four funerals. These are characters dancing on the edge of ruin, living out their lives around a family farm in Pretoria, a place suffused with the threat and consequence of violence. Galgut's prose is intoxicating, managing the rare feat of being utterly liberated and fiercely controlled. A brilliant book

Damon Galgut is a consummate and provocative writer whose books always dazzle and delight me. His new book, The Promise, brilliantly illuminates how both a small family and a large world endure - or don't endure. It is both tender and brutal, and Amor, its enigmatic heroine, is the most fascinating character I've encountered in recent fiction. I will remember her, and this beautifully devastating book, for a long time

The Promise is a gorgeous and pleasurable novel, with an imaginative heft to match Galgut's fellow South African writers Gordimer, Coetzee and Brink. It's richly evocative of the land and its people, and reports on a new South Africa without fake moralising; it made me laugh, too. Dreamlike yet so solidly well-made, The Promise has lived on inside my head, unsettling and troubling me

The Promise is fully rooted in contemporary South Africa, but the novel's weather moves into the elemental while attending also to the daily, the detailed and the personal. The book is close to a folktale or the retelling of a myth about fate and loss, about three siblings and land, a promise made and broken. The story has an astonishing sense of depth, as though the characters were imagined over time, with slow tender care

A surprising number of novelists are very good; few are extraordinary. Like his compatriot J.M. Coetzee, the South African writer Damon Galgut is of this rare company . . . To praise the novel in its particulars - for its seriousness; for its balance of formal freedom and elegance; for its humor, its precision, its human truth - seems inadequate and partial. Simply: you must read it. Like other remarkable novels, it is uniquely itself, and greater than the sum of its parts. The Promise evokes, when you reach the final page, a profound interior shift that is all but physical. This, as an experience of art, happens only rarely, and is to be prized

A literary masterpiece of heart, soul and incorrupt wisdom. Galgut addresses conflict and reparation - both political and personal - with extraordinary skill, truthfulness and sensitivity.

So acute, indeed, are Mr. Galgut's descriptions - of a character's inner life, a body's fragility, a family's shared wounds, a country's accumulated scars - that they seem like our perceptions, not his . . . Time and again in Mr. Galgut's fiction, South Africa materializes, vast, astonishing, resonant. And on this vastness, he stages intimate dramas that have the force of ancient myth

Remarkable . . . The Promise suggests that the demands of history and the answering cry of the novel can still powerfully converge . . . the novel's beautifully peculiar narration aerates and complicates this fatal family fable, and turns plot into deep meditation . . . Galgut is wonderfully, Woolfianly adept at moving quickly between characters' thoughts

Superbly narrated, Galgut's book combines state-of-the-nation novel . . . with something like allegory or even Christian parable

Stunning . . . Galgut deploys every trick in the book; he's heart-swellingly attentive to emotional complexity . . . Galgut has twice been shortlisted [for the Booker prize] . . . don't be surprised if Galgut goes one better this year

A strange, skilful, spellbinding eighth novel . . . Galgut explores grief, despair and love in a way that feels ageless . . . By the end of this enormously enjoyable novel, our laughter has become complicity and farce become force

The Promise functions as a spare but thoroughly satisfying parable, the decline of the Swarts into moral degeneracy and death tracing the forsaken promises of the post-apartheid era, from early hope to the contemporary realities of corruption and racial enmity . . . [a] magisterial, heart-stopping novel

Galgut seems to deliver effortlessly...there's nothing he can't do... [his] style is quiet but the book feels bursting with life because of all the of all the off-page, between-times details he hints at... This is so obviously one of the best novels of the year... a book that answers the question "what is a novel for?" With a simple: "This!"

A complex, ambitious and brilliant work - one that provides Galgut's fullest exploration yet of the poisonous legacy of apartheid . . . Galgut describes his characters with rare assurance and skill, conjuring them to life in a narrative voice that moves restlessly from character to character . . . Rarely have I had such a strong sense, while reading a novel, that I myself was there, in the room with the characters

The Promise by Damon Galgut is a masterpiece - one of the best books I have read in the past decade and definitely my book of the year so far. Galgut is a master of the form. His free-flowing prose moves effortlessly from inside one character's head to another and displays a wealth of compassion and insight from multiple perspectives. This novel is a moving, brilliantly-told family epic with political resonance which also manages in parts to be darkly comic. Phenomenally good

Galgut is a terrifically agile and consistently interesting novelist, certain up there with Nadine Gordimer and JM Coetzee as a chronicler of his nation's anguished complexity

[A] magnificent new novel. Galgut sweeps his ruthlessly forensic gaze over each of the protagonists...as well as the country at large

Labelled a masterpiece and one of the best novels of the year within a week of publication... Galgut is on his finest form as he explores grief, despair and love in his inimitable style. Read this book if nothing else this year.

[A] gripping, profound tale... a damning commentary on South Africa's many broken promises

Ingenious... The most distinctive element of the novel, and its greatest pleasure, is the effortless way Galgut flows from mind to mind and body to body, whether male, female, pubertal, menopausal, maturing, ageing or dying. It's almost uncanny

Surrender to the music of Galgut's prose, however, and the rewards are considerable

Excellent... The Promise is a powerful novel of character... [an] ambitious novel but, remarkably, Galgut rarely needs to strain for impact... his ability deftly to shift perspective from one character to the next creates a distinctive polyphonic effect

A convincing and heartfelt novel

Politically chastening and technically superb. It's hard to see any novel beating it