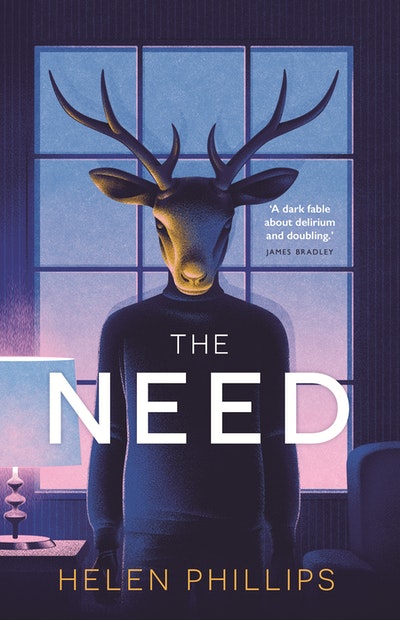 Speculative fiction of the highest calibre: one woman fights to retain her sense of self amidst the chaos of work, motherhood and alternative universes.

Molly is exhausted, anxious, losing her grip on reality. Her husband is away and she is running between her children and her job, where things are unravelling. She’s a paleobotanist, working at a fossil quarry, and has recently unearthed artefacts that defy understanding; the coke bottle with the lettering that leans the wrong way, an alternative version of the Bible. Where do these things come from?

At home, as dusk falls, she gets jumpy. Are those footsteps out in the hall? What was that noise? She holds her two small children close to her, and tries to pull herself together. But her worlds of work and home are about to collide. She discovers that the stranger in her sitting room knows everything about her life and, as their identity becomes chillingly clear, this intruder makes a demand of Molly that upends everything, forcing her to reckon with her most unspeakable fears.

The Need is a gripping, unsettling and stunningly original story that probes deep truths about motherhood, and explores grief, loss and how we treat others. It’s a compulsive, reality-warping novel that makes us rethink our world, and question how far we would go to protect the ones we love.

Helen Phillips is the author of four books, most recently the collection Some Possible Solutions, which received the 2017 John Gardner Fiction Book Award. Her novel The Beautiful Bureaucrat, a New York Times Notable Book of 2015, was a finalist for The Los Angeles Times Book Prize and the NYPL Young Lions Award. Her collection And Yet They Were Happy was named a notable collection by The Story Prize. Helen has received a Rona Jaffe Foundation Writer’s Award and the Italo Calvino Prize in Fabulist Fiction and her work has appeared in the Atlantic, the New York Times and Tin House, and on Selected Shorts. She is an assistant professor at Brooklyn College and lives in Brooklyn with her husband, artist Adam Douglas Thompson, and their children. www.helencphillips.com. 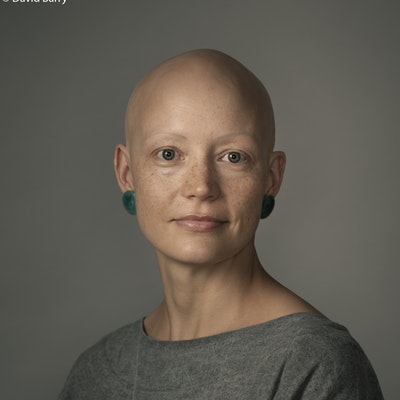 Praise for The Need

The Need, the eerily gorgeous new novel by Helen Phillips, fills the void, offering up the perfect, insightful look into the way motherhood warps the world around you… Phillips brilliantly captures the dissonant dualities of being a mother: the ways strength is matched with fragility, tenderness with ferocity, nurturing with palpable, almost riotous need.

A novel Shirley Jackson might write if she’d dropped acid with Rivka Galchen.

A dark fable about delirium and doubling that takes the terrifying vulnerability of motherhood and transforms it into something dangerously sinuous and entirely uncanny.

This book held me hostage, invaded my dreams and my waking thoughts, and readjusted my brain; Phillips is, as always, doing something at once wildly her own and utterly primal. Maybe it doesn't surprise me that the strangest book I've read about motherhood is also the best, but it does thrill me.

Suspenseful and mysterious, insightful and tender, Phillips' new thriller cements her standing as a deservedly celebrated author with a singular sense of story and style… [A] superbly engaging read—quirky, perceptive, and gently provocative.

The Need is a profound meditation on the nature of reality, a fearless examination of parenthood, and also somehow a thriller. This is an extraordinary and dazzlingly original work from one of our most gifted and interesting writers.

Helen Phillips is one of the most exciting young writers working today, and I envy those who get to discover her work here for the first time.

I love Helen Phillips's wild, brilliant, eccentric brain. Her vision flashes down like a lightning bolt into everyday terrors.

Helen Phillips sings like a Siren on the page (if a Siren also had a killer sense of humor).

The Need is a spellbinding novel, both unsettling and irresistible. The best fiction finds the uncanny within the familiar; it makes us feel the fantastical undercurrent of our embodied lives. With exquisite economy and evocative prose, Phillips manifests the surreal, terrifying, and visceral experience of motherhood.

Dana Spiotta, author of Innocents and Others

Helen Phillips has created an existential page-turner that captures, with perfect sharpness, the fierce delirium of motherhood, the longing to understand the workings of our universe, and the wondrous and terrifying mystery that is time. The Need is a brain-bending heartbreaker of a novel, and definitive proof that Helen Phillips is one of the most spellbindingly original writers working today.

This is a book about the biggest things you can imagine--the dreadful potentiality of life, the fierceness of love, and the terrifying and exhilarating mystery of motherhood. Helen Phillips writes at the nexus of science fiction and psychological realism, conjuring a narrative so mind-bending and immersive that it'll change what you see as real. She is an author at the height of her power, and we are so lucky to be living in her moment.

Alexandra Kleeman, author of You Too Can Have A Body Like Mine

From the opening sentence, The Need sucked me in (I read it in one sitting) and then spat me out at the end, feeling dazed and slightly off-kilter in the best and most pleasurable way. Phillips evokes with astoundingly masterful prose the lengths to which a mother will go for her children. At once a fast-paced thriller and psychologically astute literary novel, the intensity of the plot is leavened with moments of startling tenderness. Bravo.

Kate Christensen, author of The Last Cruise and The Great Man

The atmosphere is as close and taut as a thriller, but this is, in fact, both a highly original examination of grief and an extraordinarily vivid evocation of motherhood — the moments of terror and hilarity, the visceral burden of it, and the fleeting, but almost transcendent, joy.

A chilling novel from a blazing talent... in addition to being a cerebral meditation on motherhood at its most elemental – fierce, beatific, sanity-thieving – it’s an adroitly executed thriller with a quasi-sci-fi twist. Mercilessly tense throughout, its opening chapter is a belter... A bracingly singular achievement, it’s surreal, blackly comic and ultimately generous.

Helen Phillips’s novel begins to reveal itself, veering away from what looks initially like conventional suspense into something more speculative and philosophical with nods to both sci-fi and horror... the what-ifs animate this novel, the narrative splitting and looping back on itself as it tries out parallel possibilities, various fantasies and nightmares... Like parenthood itself, The Need is frightening and maddening and full of dark comedy... Phillips, as careful with language as she is bold with structure, captures many small sharp truths.

Phillips writes exceptionally well of the insatiable demands two young children can make on a mother... yet this is also a horror story about the vulnerability of motherhood that doubles up as a love letter to the miracle existence of children. At the same time, Phillips consistently plays tricks with the reader's perspective... and with the possibility of parallel realities, rooted in a mother's worst possible fears, playing out at the level of science fiction... One of the most heart-stopping motherhood novels you'll read all year.

So smart and brave about motherhood... Molly's struggle to remain her full self while giving so much away is electrifying... Mothers will recognize so much in this fresh novel - but they aren't the only ones who should read it. Phillips has found a way to make these experiences universal.

The Need opens with the taut terror of a suspense novel, but its destination is not the twist reveal or the explosive showdown — it’s an exquisitely tender meditation on motherhood’s joys and comorbid torments.

I'll also be calling in sick for The Need, by Helen Phillips, whose unexpected fiction reminds us that the membrane between reality and madness is porous indeed.

Phillips is a writer who is unafraid to confront the sublime; to demystify its capacity to inspire terror and ecstasy, both.

What presents at first as a straightforward thriller is quickly revealed — in a series of short, sharp chapters — to be a sort of narrative nesting doll, a story infused with both essential home truths and a wild, almost unhinged sense of unreality.

With her subtle use of magical realism, author Helen Phillips has created a story that is as much a commentary on motherhood as it is an exploration of existentialism. The Need manages to be thrilling and curious as much as it is heartbreaking—a mind altering exploration of 'what if?'

Part speculative fiction and part horror... Helen Phillips uses the notion of portals to alternative worlds in order to explore the strain that motherhood puts on personality, a clean split between the fierce biological imperative to nurture and protect, and the profound need for solitude, independence, and rest.