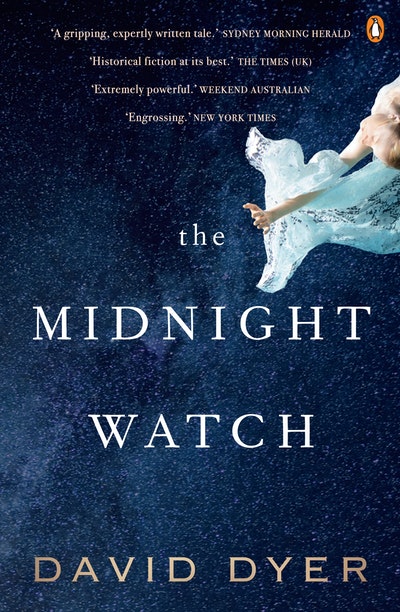 Based on true events, The Midnight Watch is at once a heart-stopping mystery and a deeply knowing novel — frailty of men, the strength of women, the capriciousness of fate and the price of loyalty.

David Dyer's astonishing novel The Midnight Watch is based on the true story of the SS Californian, the ship that sawthe Titanic'sdistress rockets and yet, unfathomably, did nothing. A psychological thriller.

Sometimes the smallest of human failings can lead to the greatest of disasters. As the Titanic was sinking slowly in the wretchedly cold North Atlantic, she could see the lights of another ship on the horizon. She called for help by Morse lamp and the new Marconi telegraph machine, but there was no response. Just after midnight the Titanic began firing distress rockets.

The other ship, the Californian, saw these rockets but didn't come. Why not?

When the story of the disaster begins to emerge, it's a question that Boston American reporter John Steadman cannot let go. As soon as he lays eyes on the Californian's captain and second officer, he knows a story lurks behind their version of events. So begins his strange journey towards the truth. Haunted by the fifteen hundred who went to their deaths in those icy waters, and by the loss of his own baby son years earlier, Steadman must either find redemption in the Titanic's tragedy or lose himself.

Based on true events, The Midnight Watch is at once a heart-stopping mystery and a deeply knowing novel – about the frailty of men, the strength of women, the capriciousness of fate and the price of loyalty.

‘Just when you thought nothing else could be salvaged from the wreck of the Titanic, Dyer has excavated a beautifully sad story about the terrible cost of one moment of pride. You will have no idea just how good The Midnight Watch is until you have read the last page.’ Malcolm Knox, The Age

'Engrossing historical fiction . . . such an assured debut.' Stephen Romei, Weekend Australian
'We know the gist of this story so well by now, embedded as it is in western mythology, so there must be something pretty special going on with the writing of this book when you are reading it thinking: 'Maybe the boat won't sink! Maybe a rescue party will get there in time!'' Alison Huber, head buyer, Readings

'Steadman spares no efforts in his pursuit of the truth, and we cannot help but follow him through this affecting tale that brings to life a world reeling from tragedy in the midst of fresh class disruption and the beginnings of the feminist movement. This excellent historical novel pushed me into new territory . . . [The Midnight Watch] is a novel that is disarming, compelling and, most importantly, compassionate.' Chris Gordon, Readings Event Manager

'A gripping, expertly written tale.' Canberra Times
'A new take on [the Titanic] story that is utterly compelling. This is Dyer's debut novel and he writes with a reporter's passion for detail, while his sensitive cast of flawed storytellers paints a whole new world . . . Dyer's search for the truth has a thriller's edge.' Australian Women's Weekly
'David Dyer has a reporter's ear for story, a detective's nose for motive, and an artist's eye for detail . . . A gripping novel of flawed people, missed chances, and suspense.' Charlotte Rogan, author of The Lifeboat
'A fascinating novel. David Dyer has captured all the drama and emotion of the Titanic disaster from an intriguing new perspective. Clever, gripping and utterly compelling. Historical fiction at its very best.' Hazel Gaynor, author of The Girl Who Came Home and A Memory of Violets
'In The Midnight Watch, David Dyer makes the story of the sinking of the Titanic brand new – he even makes you wonder what will happen. This superb novel, the disaster we think we know, comes freshly alive through its unfamiliar point of view, and David Dyer's vivid eye for the right and telling detail.' Peter Nichols, author of The Rocks
'Dyer proves why sometimes it takes fiction to answer history's question of 'How could this happen?' A compelling read and a journey through this moment in time.' Matthew Pearl,author of The Dante Club and The Last Bookaneer

David Dyer grew up in a coastal town in NSW, Australia, and graduated as dux of his high school in 1984. After commencing a degree in medicine and surgery at the University of Sydney, he soon decided it was not for him.

David went on to train as a ship's officer at the Australian Maritime College, travelling Australia and the world in a wide range of merchant ships. He graduated from the college with distinction and was awarded a number of prizes, including the Company of Master Mariners Award for highest overall achievement in the course. He then returned to the University of Sydney to complete a combined degree in Arts and Law. David was awarded the Frank Albert Prize for first place in Music I, High Distinctions in all English courses and First Class Honours in Law. From the mid-1990s until early 2000s David worked as a litigation lawyer in Sydney, and then in London at a legal practice whose parent firm represented the Titanic's owners back in 1912. In 2002 David returned to Australia and obtained a Diploma in Education from the University of New England, and commenced teaching English at Kambala, a school for girls in Sydney's eastern suburbs.

David has had a life-long obsession with the Titanic and has become an expert on the subject. In 2009 he was awarded a Commonwealth Government scholarship to write The Midnight Watch as part of a Doctorate in Creative Arts at the University of Technology, Sydney. The doctorate was conferred in November 2013. David's research for The Midnight Watch took him to many and varied places around the world including libraries and sites of interest in New York, Boston, London and Liverpool.

'I spent days reading Lord's papers in the archive of the Merseyside Maritime Museum, the highlight of which was my finding of the original letters of the Californian'ssecond officer and apprentice, written within days of the disaster, in which they describe the rocket-firing ship they saw. Tears came to my eyes as I held these flimsy letters in my white-gloved hands. 'I observed a white flash apparently on her deck,' writes the apprentice, 'followed by a faint streak towards the sky which then burst into white stars…'' These rockets were, of course, a desperate cry for help.

A note from the editor:
'Dyer's interest is in the way that the smallest of mistakes or uncertainties can lead to the greatest of catastrophes – each reader can imagine themselves on the bridge of the Californian. Part of reason Dyer's novel is so vivid is that he is a sailor himself – he trained at the Australian Maritime College, and has sailed on many merchant ships, often at night, without GPS, in almost exactly the situation of Herbert Stone and the crew of the Californian.'

David has long been fascinated by the Titanic disaster. As a child, he knew of the 'Californian incident' and accepted what he had read in a children's book about the disaster: that the Californian did not respond to the Titanic's rockets because she thought they were fireworks celebrations for well-to-do passengers. As he grew older, he became less satisfied with this explanation (fireworks celebrations? at 1am on a freezing Monday morning?) and began to seek a better answer. When he was working as a solicitor in London in the late 1990s he stumbled upon Leslie Reade's The Ship That Stood Still (1993) and from that moment onwards became obsessed with Lord's story, and thought that it would be a great subject for a novel. In subsequent years David visited libraries, archives and key sites in Liverpool, London, Boston, New York and – finally – the Titanic's wreck site in the mid-Atlantic.

In 2012, David participated in the Titanic centenary memorial cruise, traveling on the MS Balmoral from Southampton to the Titanic's wreck site, and then on to Halifax, New York, Martha's Vineyard and back to Southampton.

David is currently a teacher and writer, living part of his time in central Sydney and also in Katoomba in the Blue Mountains. The Midnight Watch is David's first novel. 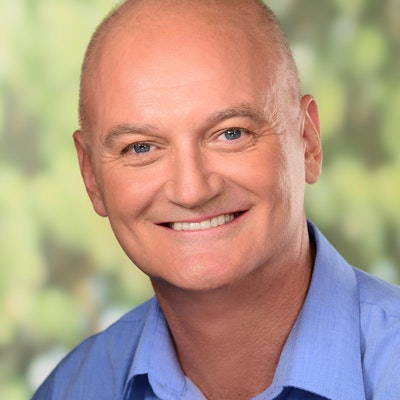 Praise for The Midnight Watch

Dyer’s backgrounding of the tragedy, skilfully threaded into his narrative, is impressive, vividly reminding us of the enormity of the event and the tremendous impact it must have had at the time . . . For the reader, it is a gripping tale of an awful, yet unforgettable, event. It is to Dyer’s credit he has been able to achieve this, given the real story is so well known.

This excellent historical novel pushed me into new territory. I found myself researching for more stories of the accident, reaching for more facts from the night, re-watching A Night To Remember and berating myself for my seemingly macabre interest . . . [Dyer's] work is evidence of a longstanding fascination shared by many, and the result of this interest, in Dyer's case, is a novel that is disarming, compelling and, most importantly, compassionate.

The Midnight Watch is engrossing historical fiction. It's such an assured debut that we must hope Dyer decides to keep writing, rather than dashing off to become an astronaut or run for prime minister.

[The Midnight Watch] is a gripping, expertly written tale that draws on Dyer's merchant navy experience and brings the tragedy to life by juxtaposing the horrible fate of individuals . . . with the callousness of people who shielded themselves from responsibility.

Dyer's own experience in the Merchant Navy provides an empathic and authentic insight into what it was like at sea — bringing alive in his novel the unique challenges on a ship . . . to produce an eminently readable book with a striking perspective on an age-old story.

This is Dyer's debut novel and he writes with a reporter's passion for detail, while his sensitive cast of flawed storytellers paints a whole new world . . . What happened aboard that craft is quite chilling and Dyer's search for the truth has a thriller's edge.

A lifetime in the making