Tales of a child soldier

After life as a boy soldier in South Sudan, fighting battles in Ethiopia and Sudan, Ayik Chut found himself a refugee in Toowoomba, Queensland.
With a FOREWORD from Ray Martin.

As a boy living in the Dinka tribe in what is now South Sudan, the youngest country in the world, Ayik Chut Deng was a member of the Sudanese People’s Liberation Army (SPLA). During his time as a child soldier, he witnessed unspeakable violence and was regularly tortured by older boys. At age nineteen, he and his family escaped the conflict in Sudan and resettled in Toowoomba, Australia. But adjusting to his new life in small-town Queensland was more difficult than he anticipated. He was suffering from post-traumatic stress disorder that was misdiagnosed as schizophrenia, leading to years of erratic behaviour on the wrong medication. He struggled with drugs and alcohol, fought with his family and found himself in trouble with the law before he came to the painful realisation that his behaviour was putting his life, as well as the lives of his loved ones, at risk.

As an adult now living in Brisbane, Ayik is a father, working as an actor and volunteering at his local youth centre. Overcoming a childhood filled with torture and war was a process of lifelong learning, choices and challenges that included a remarkable chance encounter with a figure from his past, and an appearance on national television.

The Lost Boy is an honest and revealing account of the complexities of trauma, and one man’s story of how he got to where he is today.

Ayik Chut was a boy soldier in South Sudan who eventually made his way to Australia as a refugee. He lives in Brisbane where he picks up some acting work, is sole-carer for his baby daughter, and volunteers at the local PCYC 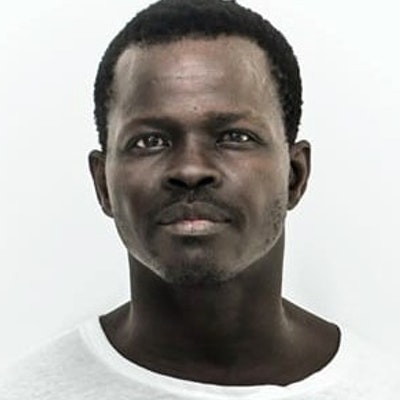 Praise for The Lost Boy

This is a survival story. It’s eye-opening and compelling and you can’t help but contemplate your own 12-year-old self and question would you have been strong enough and determined enough to come out the other side? I found that I wanted to keep turning the pages but at the same time pause to contemplate the enormity of Ayik Chut Deng’s story. You’ll be sad, angry and inspired but also reminded of just how lucky we all are. It certainly puts things in perspective and perhaps that’s exactly what we need right now. I highly recommend getting your hands on a copy.

The shadow of the gun