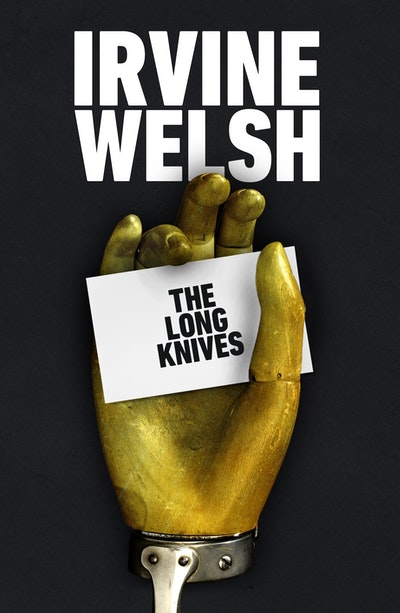 The sensational follow-up to Crime, part of the Ray Lennox Trilogy

The CRIME series tell the story of Ray Lennox, an Edinburgh Serious Crimes detective. He is trying to scratch the itch of his own PTSD as a childhood victim of abuse, by solving the most brutal of crimes, usually involving violent sexual abuse.

In Crime (book 1) he is on his knees after a gruelling psychological battle with child killer Mister Confectioner. He goes to Miami on holiday to recover and inadvertently ends up rescuing a young girl from an organized paedophile ring. (The first element in the story is one which will be transmitted by ITV/Britbox in November as 'Irvine Welsh's Crime'.

The second book is called The Long Knives. In this novel Lennox is still trying to find out from Confectioner where some of the bodies are buried, to give the families of the killers victims some closure. But there is a new killer (or killers in town) and their specialty is the murder of rich and powerful men. Lennox suspects those victims are themselves sex abusers and has empathy with murderers he is duty bound to track down. When his gender fluid nephew vanishes, it becomes personal as Lennox thinks he is involved in this. It's envisaged that this book will form the second series of probably 10 TV episodes.