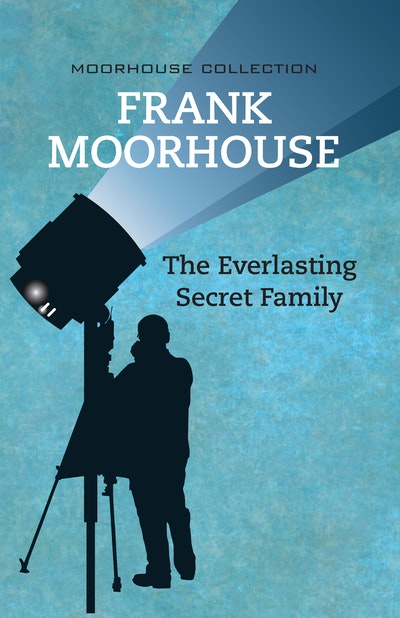 'Sometimes they completed each other's sentences or said the second sentence of the other's conversation. Sometimes Backhouse completed Irving's sentences in a much better way, although sometimes along altogether different lines of meaning. But he usually let it go and went with the new meaning contributed by Backhouse, wherever it went. Sometimes the way they misunderstood each other was more interesting than what they'd meant to say.'

Within Frank Moorhouse's four stories in The Everlasting Secret Family, each complete in itself but together creating a reverberating atmosphere and the suggestion of unrevealed connections, there are all manner of intriguing secrets. The stories abound with secret brotherhood, with foreigners defying all attempts at assimilation, with strangers whose only real identification marks are the secrets they carry.

And they're still as shocking and thought-provoking today as they were when they were first published nearly thirty years ago.

Praise for The Everlasting Secret Family

Moorhouse is at his best when he writes with epigrammatic brevity, throwing away lines like a latterday, down under, laid back Zarathustra or Socrates

[Moorhouse] comes in this volume to explore and probe . . . These are all stories of disillusionment, of cul-de-sacs of the imagination. They have a seductive power, speaking as they do to the last dreamer in all of us, and they show Moorhouse at his most mordant and sophisticated best