That had been true for most of my life. I couldn’t remember a time when I wasn’t helping support my family, fighting for every copper we earned. If you slacked off in Osfro’s bustling market district, even for an instant, then you were just opening the door for someone else to move in and snatch your triumph for themselves.

That hadn’t changed when I moved into a household of girls all vying to marry wealthy men in a far-off land. Others here at Blue Spring Manor might think they could ease up, and that only worked to my advantage. Let them think they could coast now. Let them all hate me. I wouldn’t lose my edge. I’d stay focused on my prize, never getting distracted by people or frivolity.

I stumbled to a halt in the doorway to my room, clamping a hand to my mouth to cover my shock at the sight that met me. Intricately cut garlands of paper hung along the walls. A little box wrapped smartly in silver tissue rested on my bed. A vase of rainbow-hued gladioli stood atop my dresser. And a plate of something lumpy and pink sat nearby.

As it turned out, not everyone hated me.

“What is this?” I swiftly shut the door. “Wait. How did you even know?”

My two roommates stood side by side, grinning broadly. “We have our ways,” said Mira.

“Though we shouldn’t have had to use them,” chastised Adelaide. “Why didn’t you tell us?”

“I didn’t want to make a fuss. It’s not a big deal.” I walked over to one of the walls and touched the garland. “This is lovely.”

“I made it,” said Mira. At ease, a lilting accent crept into her voice, the result of having lived most of her life in Sirminica. Looking at her, so neat and proper in a pink poplin dress, one would never guess she’d had to fight her way out of a war-torn country. “Miss Shaw gave me the supplies the last time she visited.”

“And I made the cake,” piped up Adelaide. “It’s strawberry.”

I frowned. “What cake?” She pointed, and I turned to the plate with the oozing pink blob on it. “Did you now?” I asked. “All by yourself? Like, with a recipe and everything?”

“You’re lucky it’s your birthday, or I wouldn’t tolerate that kind of sass,” she returned.

I didn’t believe that for an instant, seeing as she tolerated my “sass” on a pretty regular basis. Adelaide had one of the wittiest, most cheerful dispositions I knew, which worked as a good balance to my unending restlessness and Mira’s quiet reflection. Everyone at Blue Spring was trying to rise from our roots and learn the ways of the upper classes, so you’d think Adelaide would be the one with an edge after working as a genteel lady’s maid. And she did have occasional bits of brilliance about obscure aristocratic behaviors. But that was often overshadowed by her complete lack of practical life skills. Like sewing. And cleaning. And . . . cooking.

“Well, thank you . . . though you shouldn’t have gone to the trouble. Um, especially the cake. It’s kind, but you two shouldn’t have wasted that time on me when you could have been studying.”

Adelaide sat on the edge of her bed, swinging her legs. “Don’t worry. I wouldn’t have spent that time studying.”

Mira took a spot beside Adelaide and tossed her long black hair over one shoulder. “I don’t think I would have either.”

“Oh, come on, you two! If you really wanted to get me something for my birthday, it would be to get more serious about your studies. Time’s running out.”

“I am serious about them,” Mira said indignantly. “Just not like you are. No one is.”

“And we have loads of time,” said Adelaide. “I’m not going to worry yet.”

There was no point in chastising her. Adelaide would be Adelaide. I’d learned that six months ago when I’d joined the Glittering Court. Like me, she and the other girls in our house had committed to a year of learning etiquette, politics, music, and what felt like a hundred more subjects. These grueling days would pay off when we sailed to Adoria in the spring to find upper-class husbands who would elevate our standing in the new colonies. Some days I wished my two roommates would remember that. Of course, I still had to be the best, but I would like to see them be, say, second and third best.

Mira did take her studies more seriously than Adelaide and, ever observant, had noted my late return. “Was there some sort of trouble downstairs? It looked like Clara and some others were trying to talk to you after class.”

“As if that lot could give me any real trouble,” I scoffed. “They were just sulking because I interviewed Florence about all the eligible bachelors in Cape Triumph.”

Adelaide’s eyebrows rose in astonishment. Florence was an alumna of the Glittering Court, and had returned from Adoria last week to tell us about her experiences. “You did what with Florence?”

“Remember how she wanted to rest after lunch? She’s apparently gotten used to having a maid help her all the time—which is silly, since she started where we did—so I volunteered to help get her settled in the guest room. And then I used the chance to get as much information out of her as I could about all the men she knew over there.”

Silence and stares met me. Then, Mira said: “Yes. Of course you did.”

“I’ve been using what she told me to study up on some of their interests. For example, there’s a prominent banker who’s looking for a wife, and he’s very into lawn tennis. Do you know what that is? I didn’t, though I do now, of course. I’ve been reading about it on my breaks.”

“Actually,” said Adelaide, “I do know what it is. But how come you never told us about this?”

“Tamsin, there is no one else like you,” said Adelaide, her voice full of both admiration and disbelief.

Mira nodded, her earlier smile back. “And we wouldn’t have it any other way.”

“Tease all you want,” I said, “but I’m telling you, something’s going on around here. Each time Jasper visits—I don’t know. I can just feel it. We have to be ready.”

Adelaide was getting bored with the shop talk. “Can we be ready after you open your present and have cake? Please?”

I picked up the silver box. “Ah, well, I’m not so hungry just yet, but let’s take a look at this.” When I opened the gift, I found a polished wooden pen with a steel tip. It was nothing fancy, but it was clearly new and well made. “Where in the world did you get this? Neither of you have money to spare.”

“Cedric picked it up in the city for us. After an absurdly rich husband, we knew this was the present you’d want most,” Adelaide explained. “That other pen you were using was barely staying together.”

“You’re right. Thank you.” An unexpected wave of emotion swept me. I didn’t need friends to succeed in the Glittering Court, but it was certainly nice to have them. “And thank Cedric too.”

“Hopefully you’ll stop slacking on those letters to your family,” said Mira, remarkably straight-faced. “I think I saw you write only three of them yesterday.”

“Then you missed one. I did four.” I looked down at the pen, feeling an ache in my heart at the thought of my family. Everything I did here was for them, but ironically, it came at the cost of being away from them. “The six blessed angels know how I miss them. First birthday I’ve ever been away.”

“You’re lucky,” said Adelaide, growing uncharacteristically solemn. “To have a family like that—to be so close to them.”

The wistful note in her voice reminded me that she and Mira had lost their families. Maybe mine was far away in Osfro, but at least I had them. At least I’d see them again.

“I am lucky,” I agreed. I set the pen down and walked over to my friends, pulling them into a shared hug. “Because I have a family like this too.”

We held each other for a few moments and then Adelaide said, “So. Is it time for cake?” 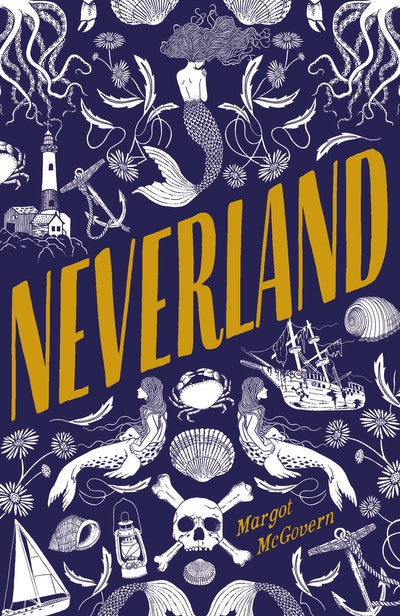 Speaking with Doc had gummed up my thoughts and left me feeling guilty.