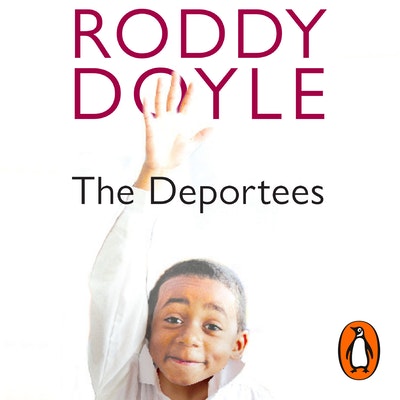 For the past few years Roddy Doyle has been writing stories for Metro Eireann, a newspaper started by, and aimed at, immigrants to Ireland. Each of the stories took a new slant on the immigrant experience, something of increasing relevance and importance in today's Ireland.

The stories range from 'Guess Who's Coming to the Dinner', where a father who prides himself on his open-mindedness when his daughters talk about sex, is forced to confront his feelings when one of them brings home a black fella, to a terrifying ghost story, 'The Pram', in which a Polish nanny grows impatient with her charge's older sisters and decides - in a phrase she has learnt - to 'scare them shitless'.

Most of the stories are very funny - in '57% Irish' Ray Brady tries to devise a test of Irishness by measuring reactions to Robbie Keane's goal against Germany in the 2002 World Cup, Riverdance and 'Danny Boy' - others deeply moving. And best of all, in the title story itself,Jimmy Rabbitte, the man who formed The Commitments, decides it's time to find a new band, and this time no White Irish need apply. Multicultural to a fault, The Deportees specialise not in soul music this time, but the songs of Woody Guthrie.